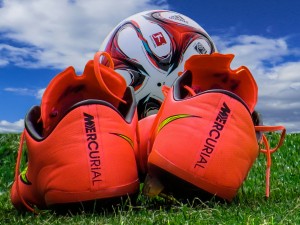 “I also know that only one person on earth knows if you made your best effort: not your coach, not your employer, not your husband or wife, boyfriend or girlfriend, brother or sister. The only person who knows is you. You can fool everyone else.” – John Wooden
Some sunk to their haunches at full-time on Saturday evening last in Dungarvan. Others lay prostrate on the sod. Legs cramped. Lungs emptied. Their effort as complete and total as any produced by a senior team from our county in either code, it was later put to me.
And I for one could not challenge that sentiment for this was as heroic a display from a Waterford team that I can recall in my time in the press box.
Without question, this was the county’s greatest Munster Football Championship performance since last defeating the Rebels all the way back in 1960. Oh, what might have been. What could have been. A draw was the least their Herculean effort merited, but it was not to be.
One by one, the footballers of Waterford rose from their haunches, picked themselves up and attempted to absorb their disappointment in their post-match huddle, the scoreboard beyond them a reminder of an extraordinary 81 minutes of Munster Championship action: Waterford 1-11 Cork 1-12.
Needless to say, the television coverage afforded this admittedly unlikely nerve-shredder on Sunday night focused on Cork’s deficiencies and did not even name check one Waterford player. Not one.
I wish I could say that was surprising but in a world where Division Three and Four Football is as roundly ignored ‘televisually’ as the League of Ireland First Division, hoping for greater national coverage for the ‘lesser’ counties remains a forlorn aspiration.
And the ‘Super Eight’ will do nothing for counties such as Waterford – and on the basis of last Saturday night, it may not benefit Cork any time soon either. How mighty a fall they have taken since lifting Sam Maguire seven summers ago and of course that can’t be lost sight of.
But what of Waterford, who kicked off their National Football League campaign in such a front-footed manner, only to see their results slide after an opening couplet of victories? Where did such a performance, which would have wiped the floor with any of their Division Four stablemates (and most of those a division above) come from?
In truth, they were due a night like this, when commitment, courage and, dare I suggest it, a modicum of anger, all fused together to bring the county just a score from one of its greatest ever footballing achievements.
“We shouldn’t bother with football,” a dyed in the wool hurling man told me walking up the Chapel Hill in Portlaw (for a funeral) a few years ago. “Total waste of time.” The words never left me.
He probably wasn’t in Fraher Field last Saturday night, as a group of our footballers went toe to toe with a team which should have beaten Kerry only two years ago and provided Donegal with a good contest last summer.
The same man surely wouldn’t have suggested our senior hurlers should have been mothballed during our lower league doldrums back in the mid-80s?
Waterford is a GAA county, not just a hurling domain. And last Saturday’s heroism offered a timely reminder that the footballing cause is one worth remaining wedded to.