Hutchinson stars as Gunners march on 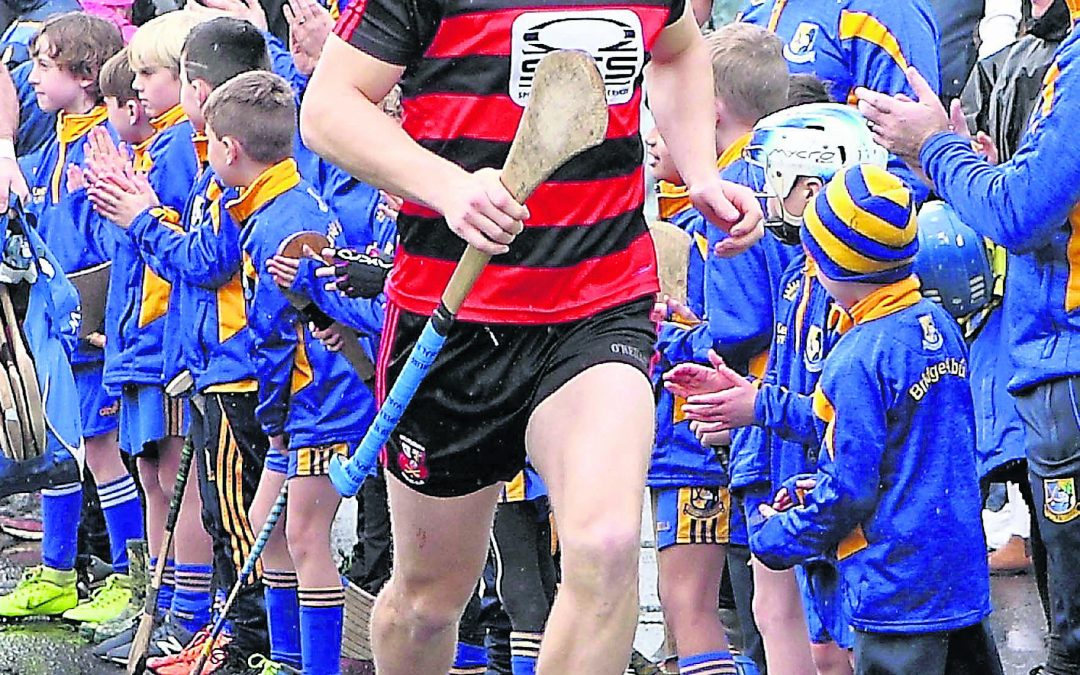 Brian Flannery Reports
Reigning Munster club champions Ballygunner handed their hosts Sixmilebridge a 12-point thumping in the opening round of this season’s campaign.A goal in first half injury time from former Brighton and Hove Albion soccer player Dessie Hutchinson and another sparkling display from Pauric Mahony helped guide Darragh O’Sullivan’s charges to victory in a dominant display.Heavy early morning rain at the Clare venue meant that conditions at Sixmilebridge were testing but such was the surefootedness of the Ballygunner men you would hardly have noticed. 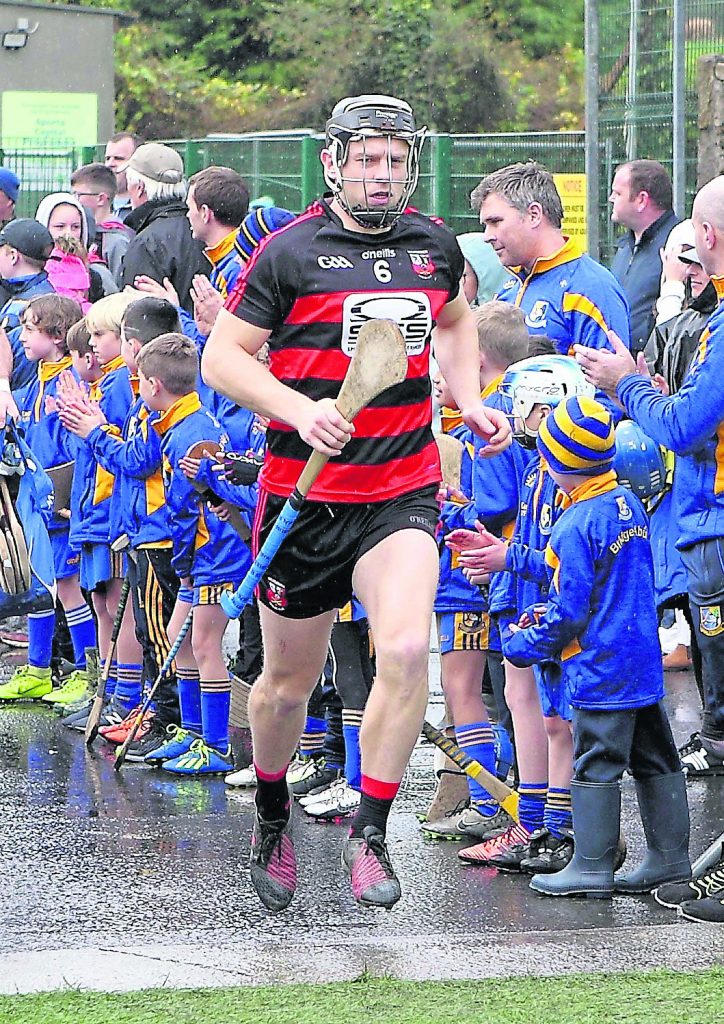 Ballygunner captain Philip Mahony leads his side out in Sixmilebridge.

Ballygunner operated in their now familiar set up with Philip Mahony sweeping in front of his own square with Shane O’Sullivan, Barry Coughlan and Conor Sheehan forming a formidable half-back line.
Paddy Leavy and Michael Mahony provided the outlet at centre-field for their defenders. In attack while Barry O’Sullivan provided the ballast in this area it was the scoring ability of Pauric Mahony and the dual inside threat provided by Dessie Hutchinson and Peter Hogan which converted the champion’s general dominance into a scoreboard advantage. Dessie Hutchinson, with two points inside the opening two minutes, signposted a difficult afternoon for the home side.
County man Peter Hogan also had three early scores from play as the Waterford champions led 0-9 to 0-3 by the end of the opening quarter. Conor Deasy, one of the few Sixmilebridge players to impress, had a hat-trick of points in the opening half but it was the men in black and red that continued to dictate proceedings.
In first half injury time, Barry Coughlan who operated in the half-back line latched onto a loose ball around centre-field and when the ‘Sixmile’ defence parted like the Red Sea, Coughlan quickly found himself just six yards from goal.
The former county full-back’s off the stick strike was saved by goalkeeper Derek Fahy. However a vigilant Dessie Hutchinson reacted quickest to drive the rebound high into the net, 1-12 to 0-7.
Tim O’Sullivan added a point before the half-time whistle leaving the reigning Munster title holders with an unassailable lead, 1-13 to 0-7.Alex Morey and Jamie Shanahan had early points for the Clare champions on resumption but Sixmilebridge could never wrestle the initiative back in their favour.
Ballygunner hit seven out of the next eight points, five from the ever accurate Pauric Mahony and two from substitute Conor Power who had replaced the injured Peter Hogan. The home side urged on by coach Davy Fitzgerald needed goals to get back into the contest but a feeble effort from Alex Morey on 49 minutes which was easily dealt with by Stephen O’Keeffe, was as close as they came.Ballygunner could afford to run the bench with the clock ticking down.
J.J. and Wayne Hutchinson, Tom Gallagher and Kevin Mahony all saw action before game’s end.
On this evidence the reigning champions will be short priced favourites to add a second successive title to their trophy haul. Dessie Hutchinson may have left the blue and white colours of Brighton behind, but it will be a surprise if the rookie doesn’t feature prominently in Liam Cahill’s Waterford squad come the New Year.
Pauric Mahony and Peter Hogan continue their excellent club form with Philip Mahony, Shane O’Sullivan and Conor Sheehan all to the fore here. Conor Power looked as if he has lost none of his 2018 form with another impressive contribution on introduction.
For a disappointing home side only Conor Deasy, Seadhna Morey and Caimin Morey impacted the game to a noticeable degree.Ballygunner will now face Limerick champions Patrickswell this Sunday at Walsh Park 1.45pm.