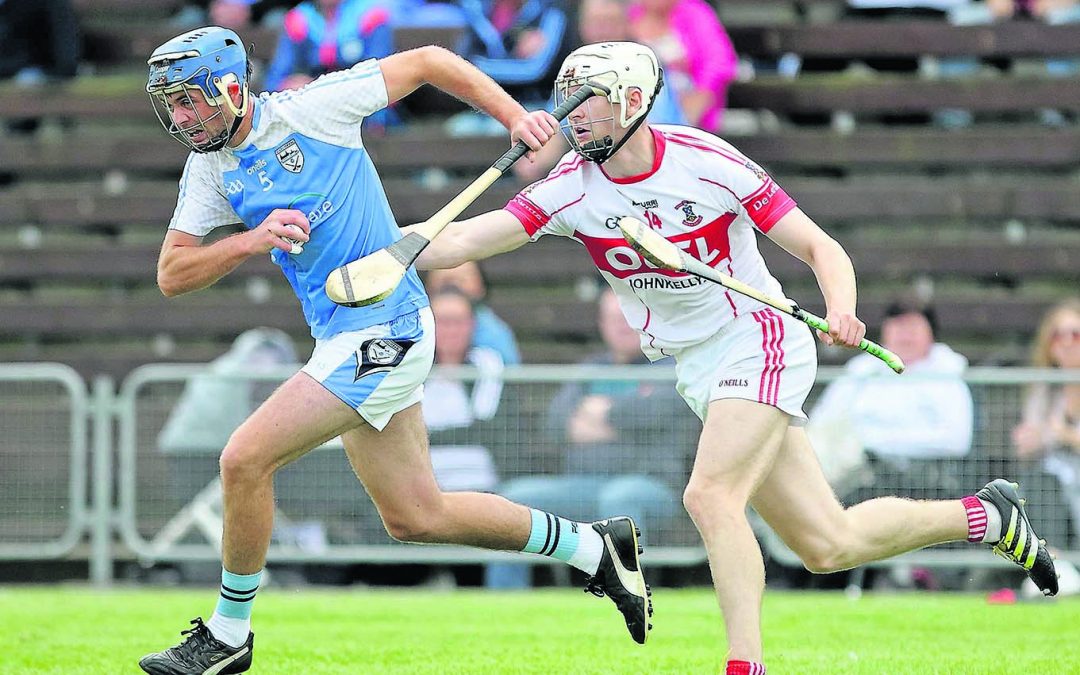 County Senior Hurling Championship
De La Salle 2-15
Roanmore 2-09
Brian Flannery Reports
A storming finish over the closing minutes of this senior championship quarter-final put De La Salle through to the penultimate stage with a six-point win over city rivals Roanmore.
The men from Gracedieu hit an unanswered 1-4 from the 57th minute to turn a single point deficit into a six-point victory.De La Salle looked well positioned leading 1-6 to 0-4 at the break but two second half goals from Eoin Madigan and substitute Brian Cooke got Roanmore noses in front heading into the closing stages.
However, De La Salle responded superbly over the closing minutes to close out a hard-fought victory.
De La Salle began the game like a train with early points from Shane McNulty and Cormac McCann and after six minutes Eddie Meaney slipped his marker before shooting low to the net. 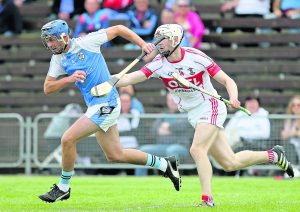 Jack Fagan shortly after also had a goal opportunity but shot just over to bar with De La Salle now leading 1-3 to nil. Roanmore had recorded four wides before Billy Nolan finally opened his sides account after 11 minutes with Daniel Murphy added a second for the sky blues. Shane Ryan scored a delightful point with his very first touch after his early introduction to nudge their advantage to five points. The sides shared the final four points of the half evenly with Brian Phelan’s De La Salle well in command.
Roanmore needed a good start to the second period to get back into the game and mid-fielder Eoin Madigan answered the call racing through the heart of the De La Salle to shoot high into the net after 32 minutes.
Billy Nolan, Emmet O’Toole and Daniel Murphy all landed points with a single in reply from Eddie Barrett as the sides were level for the first time 1-7 apiece after 41 minutes.
De La Salle with Kevin Moran and Shane McNulty impressive in defence and Eddie Barrett lording it at centre-field began to regain control. Three points on the bounce from Fagan and Barrett (2) put De La Salle back in the ascendancy but Roanmore weren’t going away.Billy Nolan added to more points from placed balls before Kevin Moran landed a huge point from inside De La Salle’s own 65m line to push the margin back out to two points.Play was then delayed by a number of minutes to allow treatment to Kevin Moran who shipped a heavy knock.
When play resumed with an indirect free to Roanmore; Gavin O’Brien sent a daisy-cutter hurtling twords the De La Salle goal from 45m with substitute Brian Cooke getting the deftest of touches to help the ball to the net, 2-9 to 1-11 with 56 minutes on the clock. With their season on the line De La Salle rallied with three Jack Fagan frees and a second point for Shane Ryan to leave three points in it entering six minutes of injury time.
Roanmore needed another goal but it was Eddie Meaney this time latching onto a Cormac McCann pass to fire his and De La Salle’s second goal to rubber stamp their trip to another semi-final.