Munster Senior Ladies
Football Club Final
Mourneabbey 1-16
Ballymacarbry 2-09
Cork side Mourneabbey produced a strong finish to clinch a fifth Munster Senior ‘A’ Ladies Football Final at Cahir on Saturday afternoon last over a Ballymacarbry side who produced a very solid performance.This game was held up for 45 minutes at the start of the game when corner back Treasa McGrath picked up a serious injury after just two minutes.
An ambulance was called to the ground to have the player removed professionally for the attention she needed.The long delay on a freezing cold day must have asked the question of some should games be abandoned when a game is held up for so long as surely it is very difficult to for players to re-warm up and to play a game when a player has picked up a serious injury.
After the restart the Cork side started brightly as Brid O’Sullivan put over a free on three minutes and it was followed by a brace of scores from Doireann O’Sullivan.
However Ballymacarbry came storming back into the game with a hat-trick of scores from Sinead Ryan including a tenth minute goal in the middle of the three when she was picked out by Linda Wall and when in control of the size 4, she looped Meabh O’Sullivan for a deserved goal. 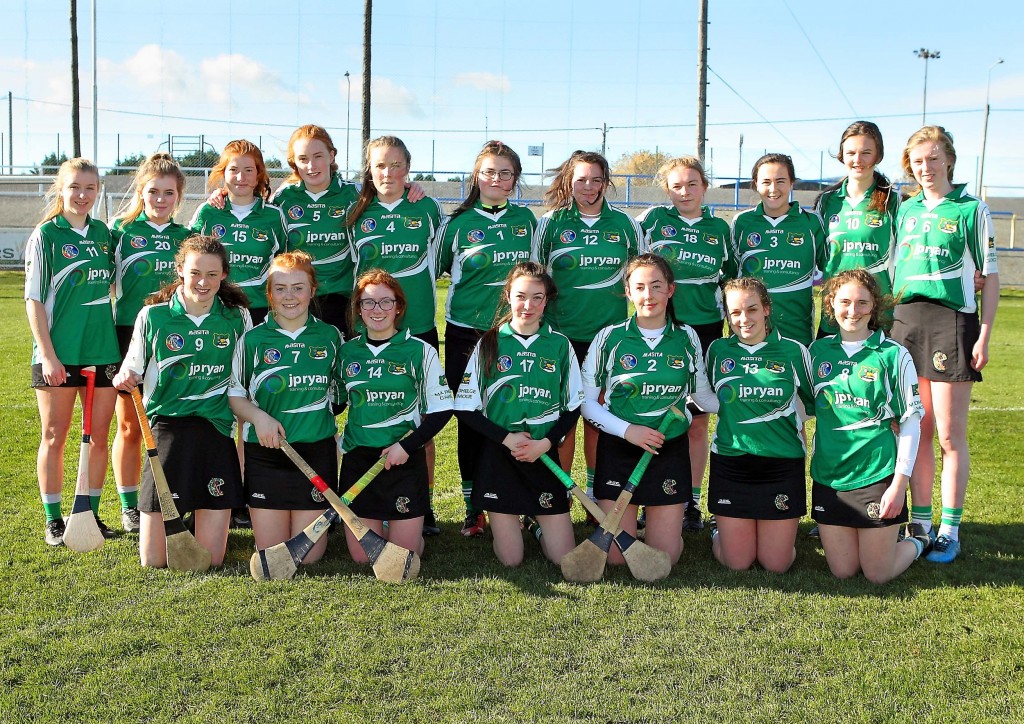 Points from Ciara O’Sullivan and Marie O’Callaghan followed for Mourneabbey to level matters with 13 minutes played, and they retook the lead with a brace of Doireann O’Sullivan scores early in the second quarter.Points from Abbie Dalton, a player that we could see feature for Waterford in the near future, and Aileen Wall leveled matters once more before Sinead Ryan edged Waterford in front from a free on 28 minutes, but a similar score from Doireann O’Sullivan on the half hour mark saw the sides turn around locked at 0-8 to 1-5.
Ballymacarbry started the second half brightly as Abbie Dalton got her second score of the game within sixty seconds of the restart and Sinead Ryan followed up with a point and then hit her second goal of the game on 33 minutes which put her side 2-7 to 0-8 in front and looking good to win a first Munster Senior ‘A’ title since 2000.The Cork side however soon began to show the experience they gained in winning four finals in a row previous to this latest one, as Doireann O’Sullivan kicked two scores one from a free before Ciara O’Sullivan leveled matters once more on 40 minutes with a brilliant goal giving Lauren Fitzpatrick no chance in the Ballymacarbry goal.Sinead Ryan and Ciara O’Sullivan swapped scores before Abbey Dalton gave her side the lead once more with 11 minutes to play, but this was to be her sides last score of the game.Doireann O’Sullivan hit two frees to edge her side back in front, before her sister Ciara put over two in a row to send the Cork side clear of Ballymacarbry and they sealed the win when Laura Fitzgerald pointed on the hour mark.