Following weeks of speculation, last Monday finally brought the curtain down on the long running saga linking Lee Power with his proposed takeover of Waterford United.
Mr Power, who is also the owner of Swindon Town had been linked with the Blues for weeks but a lot of legal details and discussions between different parties had to take place before the deal could be officially announced.
Since the official press release there has been an explosion of interest among supporters of the club not only here but also throughout the entire country and there is no doubt whatsoever that a lot of attention will be focused on WUFC next season and of course during the coming weeks as the management team will be unveiled in the near future, perhaps as early as this week. 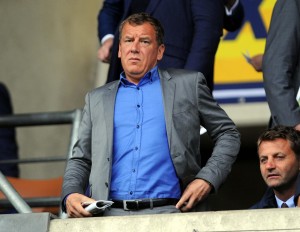 Lee Power, owner of Swindon Town, who took over the Blues last week as targeted promotion to the premier league immediately