Positive start for the Déise

Ladies Football National
Football League Division 2
Waterford 0-12
Wexford 0-3
Mac Dara Mac Donncha Reports
Waterford Ladies Fotballers are under new management for 2019, with Dungarvan native, Ciaran Curran, now in charge after a turbulent few months at administrative level. They opened their league campaign with a home fixture against Wexford, played at the sunny but arctic Gold Coast grounds last Saturday and in truth were well worth their nine point win.The Deise played with the strong wind in the opening half and settled in quickly with early points from Emer Fennell (a free), Kate McGrath and Maria Delahunty. 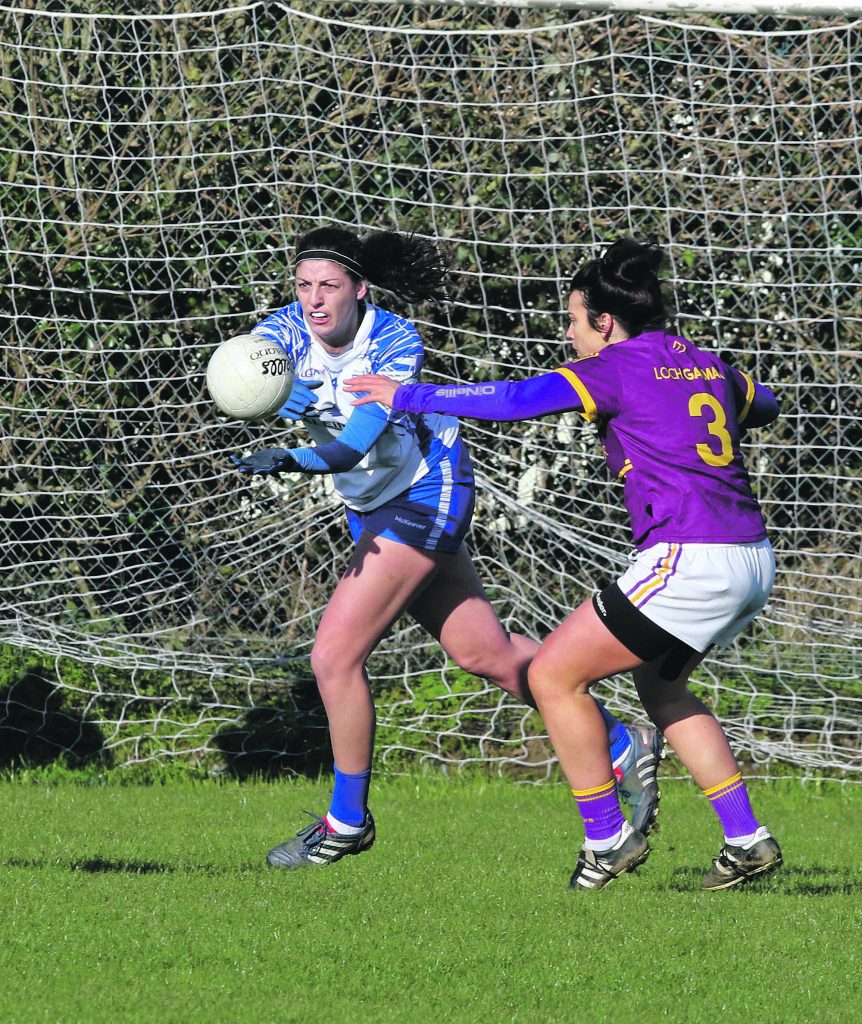 Wexford were struggling to win primary possession and whenever they attacked, Caoimhe McGrath was a rock of dependability at full back for Waterford, ably assisted by her fellow defenders, who showed great discipline and blocking abilities throughout. Fiona Rochford got Wexford off the mark with an eighth minute free but that would be their sole score of the half. Indeed, the girls in white and blue cold have been out of sight by half time but numerous goal chances were spurned. Aileen Wall and Maria Delahunty added quality points and wing back Kate McGrath advanced for the second time with purpose to kick her second point and Waterford’s sixth to wrap up the first half scoring with the home side comfortably ahead by 0-6 to 0-1.
Whatever hopes Wexford might have had of mounting a comeback were quickly dashed by a resolute Waterford outfit and Maria Delahunty with Emer Fennell both converted frees to stretch out the lead to seven points.
A fine 45th minute score from play after a flowing team movement by Emer Fennell effectively ended whatever remote chances that Wexford had here. Sole scorer Fiona Rochford added two frees but Maria Delahunty and Aileen Wall replied for Waterford and it was fitting that their great servant, Michelle Ryan, appearing in the Waterford jersey for an astounding nineteenth season, would kick their final score. Tougher opposition than the newly promoted Wexford will face the Deise but this was a positive start for the new manager. Best were Caoimhe McGrath, and Kate McGrath in defence, with Maria Delahunty. Aileen Wall and Emer Fennell always dangerous in attack.