Return of the Old Guard

Brian Flannery Reports
This Sunday sees old foes Kilkenny and Tipperary once again competing for the All-Ireland hurling title at Croke Park. While this years’ finalists have won more Liam McCarthy titles between them than the combined total of all other counties; it is nonetheless somewhat of a surprise that we see a return to the final for two of the three big traditional counties.Just twelve months ago Tipperary failed to win a single game in the new four round Munster championship while Kilkenny were second best to eventual champions Limerick at quarter-final stage.
True the width of a post at Semple Stadium turned the season for Michael Ryan and his 2018 Tipperary side.
Young star Jake Morris saw his late goal effort in round four come back off the post with Clare immediately scoring a winning goal at the other end to secure the victory and send Tipperary crashing out of the championship. 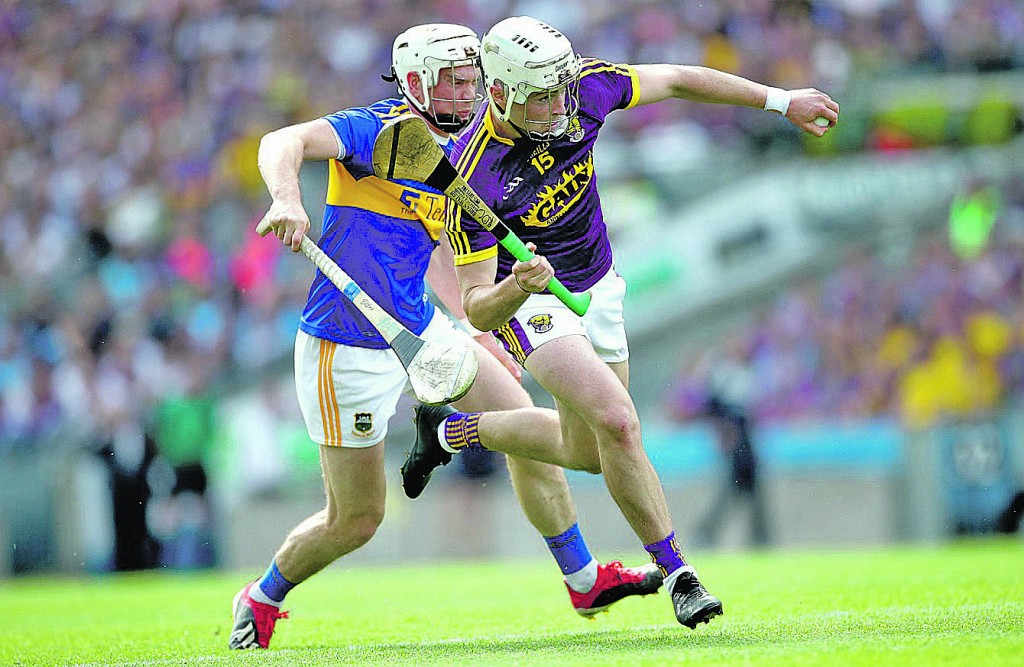 Small margins exist between winning and losing.Kilkenny had finished second best to Galway in Leinster last year before falling to an up and coming Limerick side in Thurles.The assessment of Kilkenny at the start of the summer was that they were over-reliant on T.J. Reid for scores, handicapped by injuries and a panel shorn of players with sufficient talent to win All-Irelands.Tipperary on the other hand looked like a team of players that had their best days behind them. Players like Padraic Maher, Noel McGrath, Brendan Maher and Seamie Callanan are all survivors of the 2009 campaign with Patrick ‘Bonnar’ Maher another stalwart who unfortunately suffered a season ending knee injury earlier this year. The return of Liam Sheedy as manager too was seen as a risk for the Portroe native.
Sheedy, after appointing Darragh Egan and Tommy Dunne to his backroom team as selectors, then added the long serving and highly rated Eamonn O’Shea as coach. O’Shea played inter-county for both Tipperary and Dublin in a career that also included winning an All-Ireland club title with his home club Kilruane McDonagh’s back in 1986. Kilruane wore their traditional distinctive white jerseys with black sash in their defeat of Buffers Alley in their sole All-Ireland appearance. As a player O’Shea was all about movement in his half-forward role that fitted well around a team that espoused a hard edge. The movement displayed by this current Tipperary team very much resembles how O’Shea himself played in the 1980’s. Tipperary have forwards that are all comfortable operating in any of the forward lying positions and rotate regularly throughout the seventy minutes.
For Sheedy getting Eamonn O’Shea back on board must have seemed a natural addition in order to get the most out of his talented if somewhat underperforming panel. Trading the commentary booth for the side-line too was a risk for Sheedy. Having retired after the 2010 title winning season Liam Sheedy could easily have dined out on that victory but the attraction of another tilt at glory appears to have been enough to get Sheedy back in a blue and gold tracksuit. Having won an unlikely U-21 All-Ireland title in 2018 the temptation must have been to promote a host of young stars and jettison a number of the ‘stars’ whom misfired in last years’ championship.
Sheedy has largely stuck loyal to the tried and tested with the young guns being held in reserve.
The old guard have repaid Sheedy’s faith in spades and are now just seventy minutes away from a further title.
The major knock on Tipperary players in the past is that they are unreliable, inconsistent and a team where the level of effort displayed frequently fails to match their undoubted hurling talent.
Certainly Tipperary’s heart and desire cannot be questioned following their inspirational victory over Wexford in the semi-final. With some fifteen minutes or so to play Tipperary were five points adrift and a man down following the dismissal of John McGrath for a second bookable offense. The Premier had three what looked legitimate goals ruled out with Wexford’s second major also looking suspiciously like a square ball.
If a team ever wanted an opportunity to shrug their shoulders declaring that it just wasn’t their day then this was it.
However Tipperary did the opposite. They rallied and with the help of four scoring substitutes, Ger Browne, Willie Connors, Mark Kehoe and Jake Morris they earned their shot at the title the hard way.
Kilkenny too display all that is good about the game. Beating a highly fancied Cork and the All-Ireland champions on the way to the final the Cats are primed for a first title since 2015. This dubious ‘Famine’ will certainly be ended with another success for their famed manager Brian Cody. Kilkenny too have dangerous forwards with Colin Fennelly, Walter Walsh, Adrian Mullen and Richie Hogan backing up the possible hurler of the year T.J. Reid.
Hugh Lawlor has been a find at full-back with Eoin Murphy, Paul Murphy, Padraig Walsh, Cillian Buckley and Conor Fogarty all experienced winners at this stage.Had Limerick’s late rally managed to overturn Kilkenny there is little doubt that John Kiely’s men would be hot favourites to add a second successive title. Kilkenny against Tipperary however looks a far more even contest. Sheedy has a major decision as to who should play full-back. Which of the trio from James Barry, Barry Heffernan or Seamus Kennedy should be handed the difficult task of tracking the physical and deadly Colin Fennelly? Solve this problem and Tipperary could be kings once more.Kilkenny will feature in both senior and minor finals on Sunday while Tippeary are chasing a double of their own in the senior and U20 deciders.The more things change the more they stay the same.