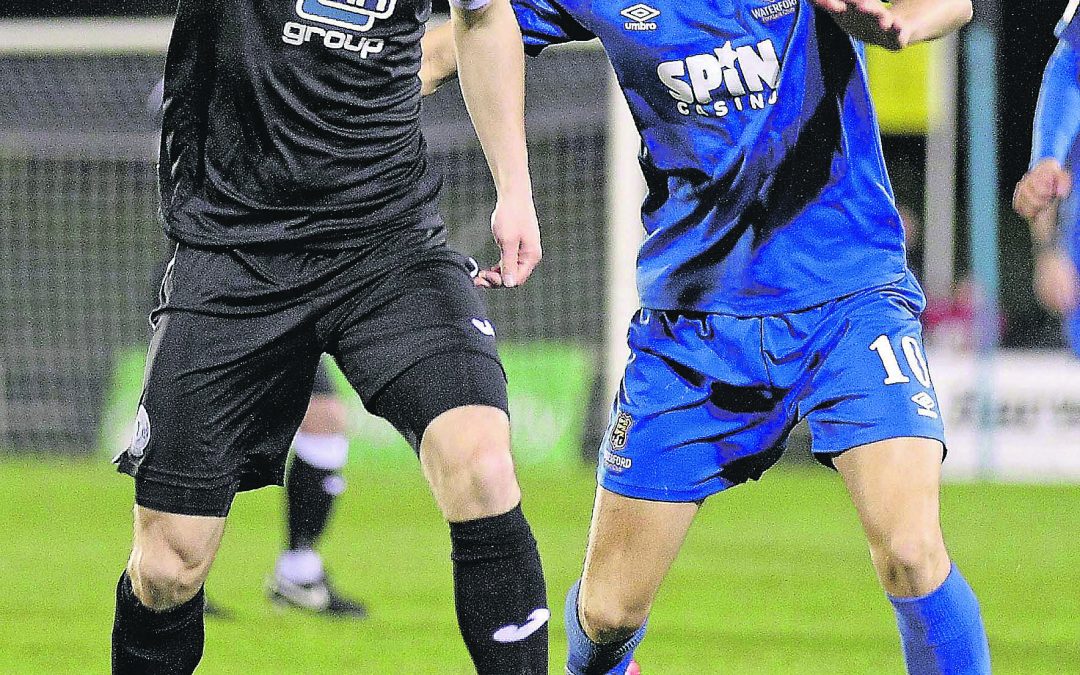 League of Ireland: Premier Division
Waterford FC 4 Finn Harps 0
Waterford FC made it two wins from their last two home games at the RSC when they defeated Finn Harps 4-0 on Friday night last.
Aaron Drinan, on loan from Ipswich Town, scored the two goals against St Pat’s and he also netted the opening two goals in this contest.
Rock bottom Finn Harps came with a plan to try and kick their way to a positive result but their tactics blew up in their face when they had Mark Coyle red carded after only 27 minutes. 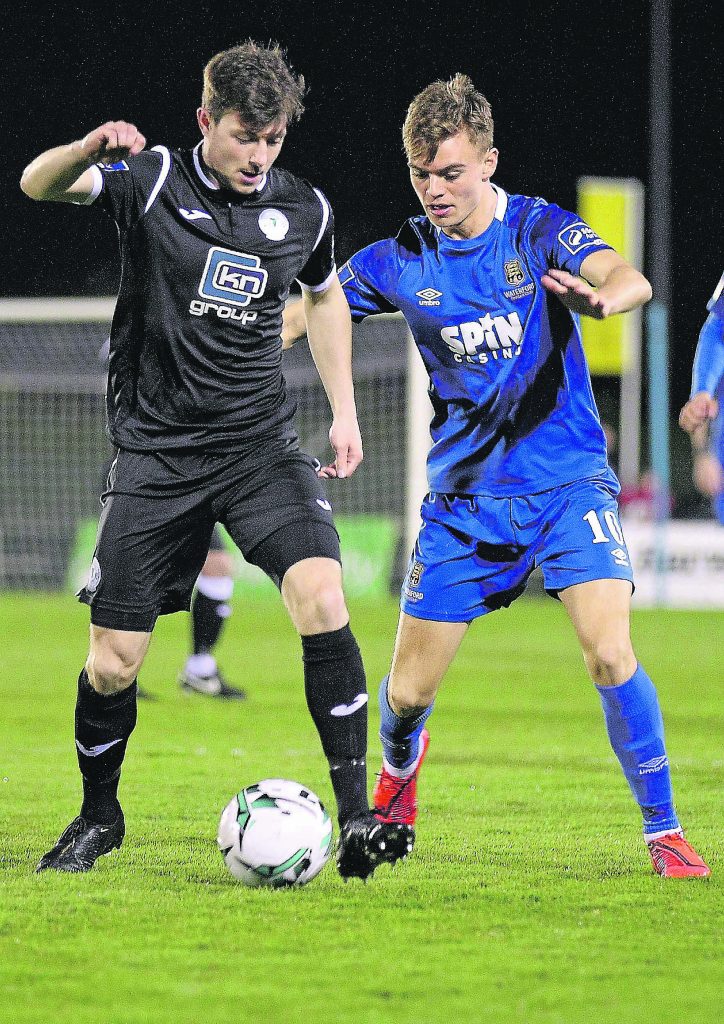 He had been already booked and then he put in a nasty tackle on Shane Duggan and that resulted in him being sent for an early shower.
The visitors were lucky not to be reduced to ten men on 13 minutes when full back Colm Deasy put in a very late lunge on Kevin Lynch in front of the Waterford dugout, but referee Graham Kelly opted just to produce a yellow card after speaking to his fourth official Sean Grant.
Caolan McAleer went close to putting Finn Harps in front less than two minutes later but his shot from 25 yards out took a deflection off Damien Delaney and flew wide of Matt Connor’s right-hand post.
Connor made a brilliant save to deny the visitors the opening goal on 25 minutes when Mark Coyle slipped the ball out to Niall Logue, but his power left-footed shot was touched onto the posts for a corner kick.
Mark Coyle, who was booked on nine minutes for a late tackle on Zack Elbouzedi, picked up a second yellow card for a rough challenge on Shane Horgan two minutes later and was sent off.
The Blues had their first chance of note on 37 minutes when Zack Elbouzedi sent in a fine corner kick to Rory Feely, but his close-range header was well saved by Finn Harps goalkeeper Ciaran Gallagher.
The Blues opened the scoring three minutes later when Scott Twine knocked the ball back for Rory Feely and his delivery was finished to the far corner by Aaron Drinan. Scott Twine could have doubled the Waterford lead less than two minutes but his left-footed shot was blocked out at the near post by Finn Harps captain Keith Cowan.
Daniel O’Reilly tried to catch Blues keeper Matt Connor off his guard on 53 minutes when he cracked in a free kick from 25 yards, but the ball went over the bar.Aaron Drinan grabbed his second goal on 66 minutes.
JJ Lunney cracked in a shot that was saved by Ciaran Gallagher, the rebound broke to Shane Duggan but his effort was parried into the path of Drinan who couldn’t miss with a simple tap into the back of an empty net. Waterford added a third goal seven minutes later when Shane Duggan he steered a right-footed 12-yard shot past the helpless Finn Harps keeper Gallagher to ensure all three points for his side.
Dean Walsh put the icing on the cake in a rampant Blues performance when he got on the end of a great cross from Izzy Akinade and planted a header past Harps keeper Ciaran Gallagher