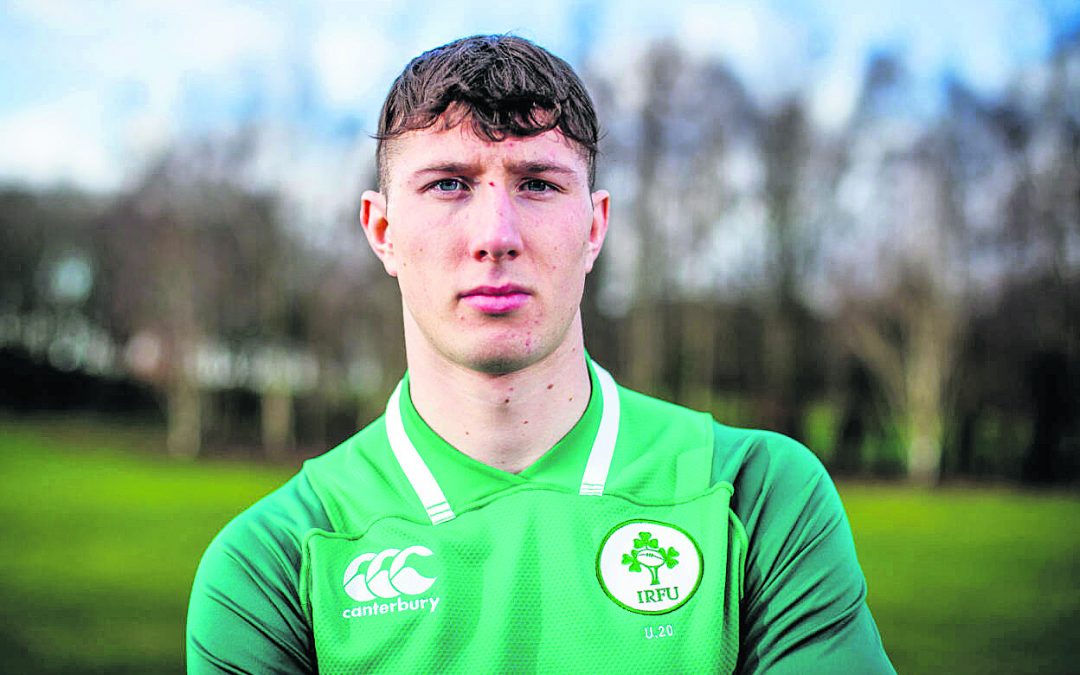 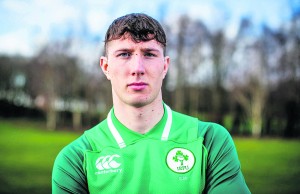 Jordan Norris
Ardmore man Thomas Ahern has been named among world rugby’s top prodigies in a list released this week which ranks the top 50 U-20 stars in the world.
Ahern, who plays for Munster Academy and stands at 6’9 – comes in at 15th on the list following a spate of outstanding performances for Ireland of late, picking up a number of tries in recent Six Nations clashes with England, France and Wales.
With the U-20 World Rugby Championship in severe doubt at present due to the coronavirus outbreak in proposed host country, Italy – the opportunity to see these talents at the greatest stage of all looks to be up in the air. Considering this, RugbyPass, an international forum on the code of rugby union, released their list of the games top stars to keep an eye on over the forthcoming years.
They describe Ahern, as the perfect successor to Devin Toner in the Irish senior ranks: “If the era of Devin Toner is over for Ireland, an equally lofty successor could have been found in the form of Waterford-native Ahern. The lock stands at 6’9” but doesn’t appear lanky, possessing a solid frame and he carries the weight well, remaining mobile and effective in the loose.”
Ahern tops the polls among Irish prodigies, this particularly impressive given that his side are in pursuit of back to back Grand Slam titles at underage level. The list is topped by Jordan Petaia of Australia, and on current evidence – seeing both do battle at the upper echelons of rugby union in a few years’ time is certainly a likely possibility. Ahern continues to draw plaudits internationally, and should he progress at this rate foreseeably, Ardmore will be etched in the history books.