Ferrybank maintained their unbeaten record in the Premier League on Sunday morning when they proved far too strong for Tramore Rangers at The Orchard.
Adrian Rockett gave them the lead after 18 minutes and netted again ten minutes later. Sean Duffy made it 3-0 on 39 minutes. 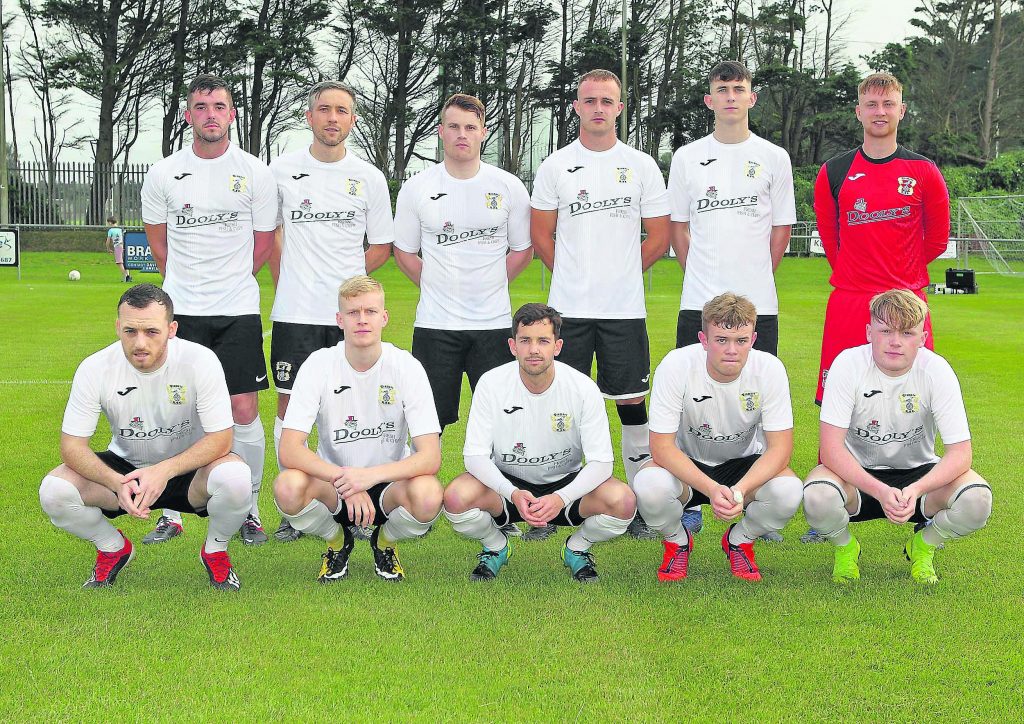 Tramore are joint second after they defeated Ballinroad 1-0 to move on to 21 points from 11 games played. Photos: Noel Browne

Kevin Hurley got in on the act from the penalty spot on the hour mark.
Daithi Purcell pulled a goal back for Rangers shortly afterwards but normal service was resumed on 75 minutes when Paul Phelan scored for the leaders. Rangers remain rooted to the bottom with just one point. Final score; Tramore Rangers 1 Ferrybank 5.
Tramore AFC remain in joint second place after they defeated Ballinroad 1-0 in Graun Park. Tom Carney scored the only goal of the contest two minutes into the second half. Final score; Tramore AFC 1 Ballinroad 0
Waterford Crystal have cemented their third-place position following their 2-0 victory over Dungarvan United at Crystal Park. Nathan Phelan (43) and Michael Hearne (81) were the net finders for the hosts. Final score; Waterford Crystal 2. Dungarvan United 0.
Ferrybank have a total 21 points from seven games played. Tramore also sit on 21 points but they have played 11 games. Waterford Crystal have banked 18 points from their nine matches. Tramore Rangers are bottom with just one point from nine games. Southend United, who lost 4-1 to Hibernians on Sunday, are second from bottom with six points from their seven games.