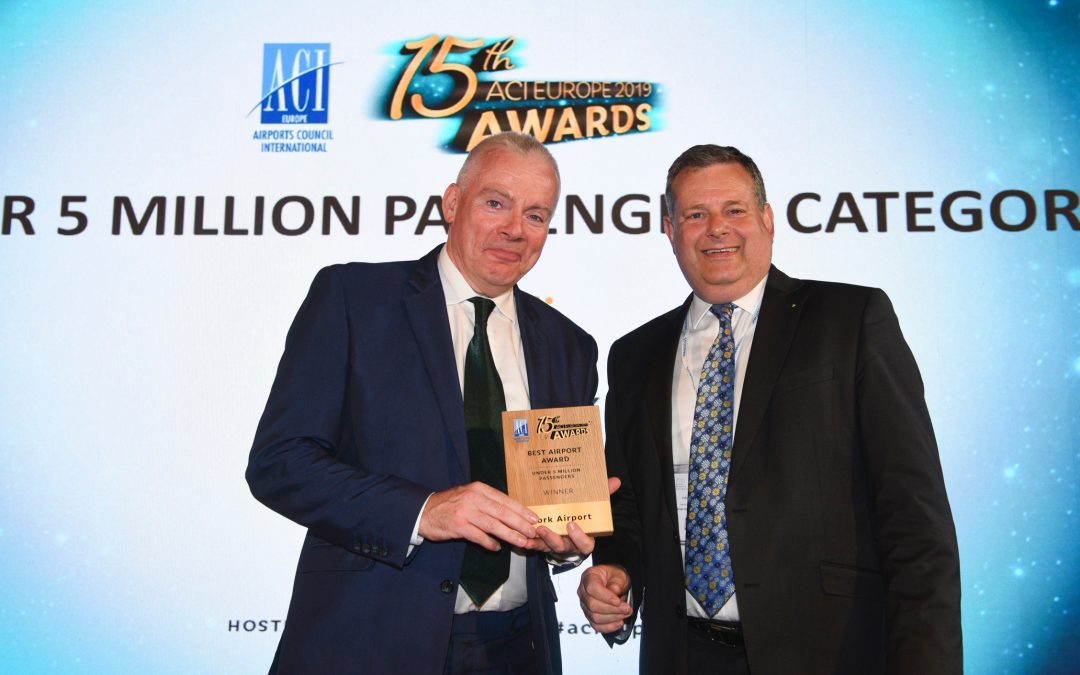 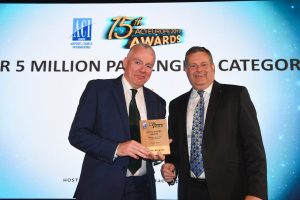 Cork Airport won the top award for European airports in its class from the Airport Council International (ACI) in Limassol, Cyprus last week.
Cork Airport, Ireland’s fastest growing and most punctual airport, was named Best Airport in Europe serving under five million at the 29th ACI EUROPE Annual Assembly & Congress. The event was attended by over 400 aviation chief executives and industry leaders.
This is the second win for Cork Airport at the ACI EUROPE Best Airport Awards, having also won its category in 2017. The Awards recognise excellence and achievement across a variety of airport disciplines relating to airport operations.
Speaking after the ceremony, Managing Director Niall MacCarthy said: ‘‘I am really thrilled that Cork Airport has been named ACI EUROPE Best Airport of 2019 in front of an audience of hundreds of our airport peers here at our annual industry event in Cyprus.
“Anyone who uses our Airport at Cork knows we pride ourselves on the smoothness and friendliness of the passenger journey. This is all down to the staff based at Cork who work round the clock 365 days of the year, through good weather and bad, to make that journey friendly and easy. This year we are Ireland’s most punctual and fastest growing Airport with eight new routes and 10% passenger growth year to date.
“Our excellent team at Cork will continue to work really hard to deliver a great Airport experience and grow connectivity further for the benefit of business and tourism in the South of Ireland.”
The shortlisted Airports (Torino Airport, Aberdeen International, Tallinn Airport, Limak Kosovo and London City Airport) were assessed by a panel of aviation expert judges and key institutional stakeholders. Cork Airport was announced as part of the proceedings of the Gala Dinner which was held at the Park Lane Resort & Spa, Limassol, Cyprus.
Cork Airport’s win was accredited to its support to passengers with disabilities, and its strong community engagement and safety and security indicators, including its drone awareness campaign. The judges also highlighted the Airport’s €4 million investment in Food and Beverage offerings, promoting local products; its recent route network expansion; and its status of the most punctual airport in Ireland last year.
Cork Airport is in its fourth consecutive year of growth and has an expanding route network of over 50 direct routes to the UK and Continental Europe along with daily long-haul connectivity through major European hub airports for passengers from the South of Ireland. In total, 2.6 million will use Cork Airport this year.