Hope for housing in Kilmacthomas

Eoghan Dalton Reports
Waterford Council’s Director of Housing has said there may be hope for a housing development in Kilmacthomas,with the local authority investigating a site in the fast-growing town.Ivan Grimes told Councillors at 2018’s final Comeragh District meeting that there is asite, but it is “complicated by the fact that there appears to be a sewer going through the middle of it so we’re looking for maps from Irish Water.”Therefore a portion of that site would be sterile from a development perspective, but we do think there’s a prospect for some development in Kilmacthomas on that site and I will bring proposals to you in
due course”. 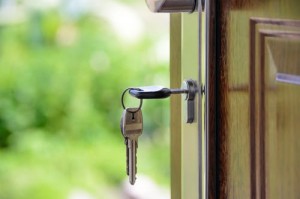 Hope for housing in Kilmacthomas

Cllr Liam Brazil (FG) has long called for more housing for the town to ease the county’s waiting lists, and he received support from fellow members, including Cllr Ray Murphy (FF).Mr Grimes added that it was “worth noting” that the total housing stock in the Comeragh District comes to seven per cent of the City and County’s overall stock. He said the Council has been relying on vacancies arising in the existing stock, but just seven became empty in through almost all of 2018. A dozen units for Portlaw are, however,on the verge of coming on stream in early 2019.There are also “promising prospects” around repair and leasing units in villages
and towns across the Comeragh District, he said.Mr Grimes told Councillors the funding model preferred by the Government isn’t one he agrees with, and would rather if it provided monies “up front”for new houses. As it stands,Waterford Council must draw from its own resources for new developments and land,and can only receive funding for the development from the Government in the years following.This can take up to
four years,” he said.