Management at the Port of Waterford are keen to re-establish a freight train service from Belview, seven months after the service linking the port to the west of Ireland was withdrawn. Speaking to The Munster Express, Port Chief Executive Frank Ronan said the Board at Belview was determined to see such a strategic transport link to the west and north west restored.”The rail connection to the port hasn’t been active for a few months now since the connection to Ballina stopped, and I think that’s dreadful,” said Mr Ronan. 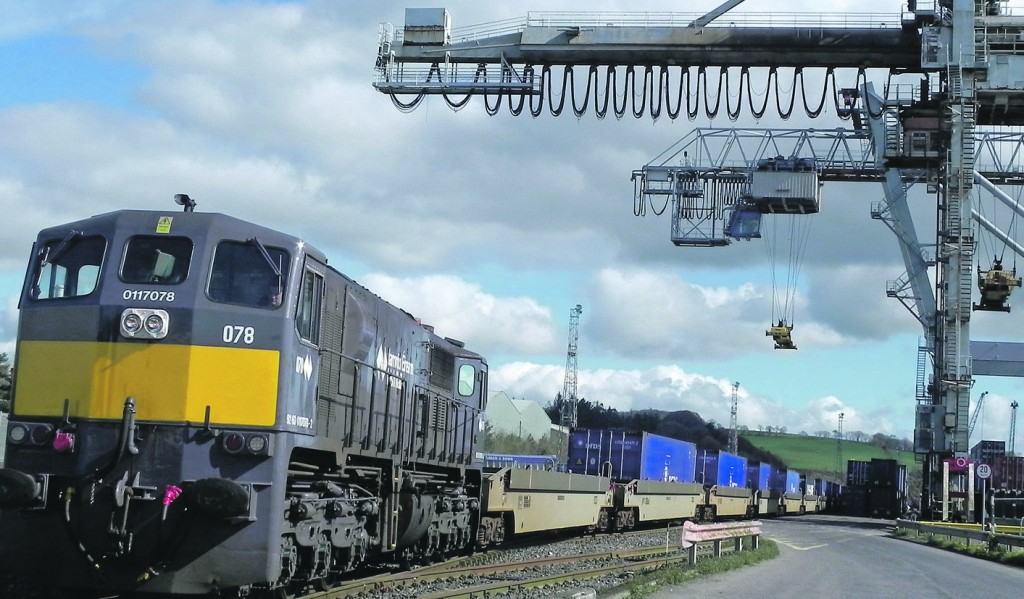 The freight train service which operated between Belview Port and Ballina (Co Mayo) ceased operating on May 29th last.

“I feel that the railway connection is a key transport link for us here and we are doing everything we can to reactive that, to restore business on the line because we can see that line carrying some supply services from the west of Ireland into the South East, and we believe it makes huge sense.” He explained: “As the carbon conversation expands, I think using that rail service, to take trucks off the road, and to bring products to and from ports by rail, is a no-brainer.” The twice-weekly service which carried DFDS cargo from Belview to Ballina (a collaboration between DFDS, the Port of Waterford and Irish Rail) ceased last May, with DFDS citing a lack of commercial viability in reaching such a decision.
Mr Ronan, who referenced track access charging and “the commercial charging structures around rail freight” as other matters that had to be taken into consideration, said Irish Rail “is, in fairness, looking at very seriously and is trying to change – and it needs to change”. He added: “But amidst all the talk about Brexit, there are other issues at hand which need to be discussed and advanced. Brexit is distracting from a far more wide ranging conversation about carbon and climate change and we need to move onto this issue and really start dealing with it. There are issues about road transport and how we can use freight transport as best we can.
Ireland is a small country, so freight transport won’t work from here to, say, Carrick-on-Suir, for example, but it makes sense in terms of longer runs from here to a range of locations in the north west – that makes sense in terms of rail freight. The line should be used and it should be promoted: after all, we’re one of the few rail-connected ports in the country. The rail freight connection to Dublin Port is used extensively but it has to cross the Alexander Road so it’s difficult and it’s probably at a limit; Shannon-Foynes is looking to get a connection in and I think Cork doesn’t necessarily get to where it ought to and here we have a ready made facility which is crying out to be used and I think we need to be doing everything we can to get back into production.” Talks to reactive the line are, as Mr Ronan put it, “ongoing with interested parties to try and make that happen”.
Frank Ronan noted that the potential restoration of the sugar beet industry would have no material impact on rail-related activity in Belview.
“The beet travelled through here because there was a depot in Wellingtonbridge (on the disused Waterford to Rosslare line, now earmarked for a 56-kilometre greenway) so all the South Wexford beet was loaded up there and then taken by train to either Carlow or Thurles so the sugar beet industry never impinged directly on the port. However, the line from here into Waterford, needs to stay active for rail freight and it needs to be maintained and kept, no question about it. And it’s shocking that it isn’t in use.”