DEVELOPMENT of a Blueway presents huge opportunities for County Waterford, according to local Councillors. A presentation on details associated with the Three Counties Blueway Feasibility Study was given to Councillors at the March plenary meeting of Waterford City & County Council. Blueways are a network of multi-activity recreational trails, based on or alongside lakes, canals and rivers which are aimed at allowing people to explore scenic routes in rural Ireland by canoe, bike or on foot.
There are a number of popular Blueways already established in Ireland – Lough Derg, Royal, Shannon and Shannon Erne.Coastal communities throughout Waterford would form a key part of the development of such an initiative, according to Humphrey Murphy (ILC) who outlined the concept to Councillors.After hearing various details associated with the feasibility study, Councillors expressed optimism at the potential which such an initiative presents.
Cllr John Hearne (SF) described the details as “one of most exciting plans” he has heard in all his years on Waterford City & County Council. 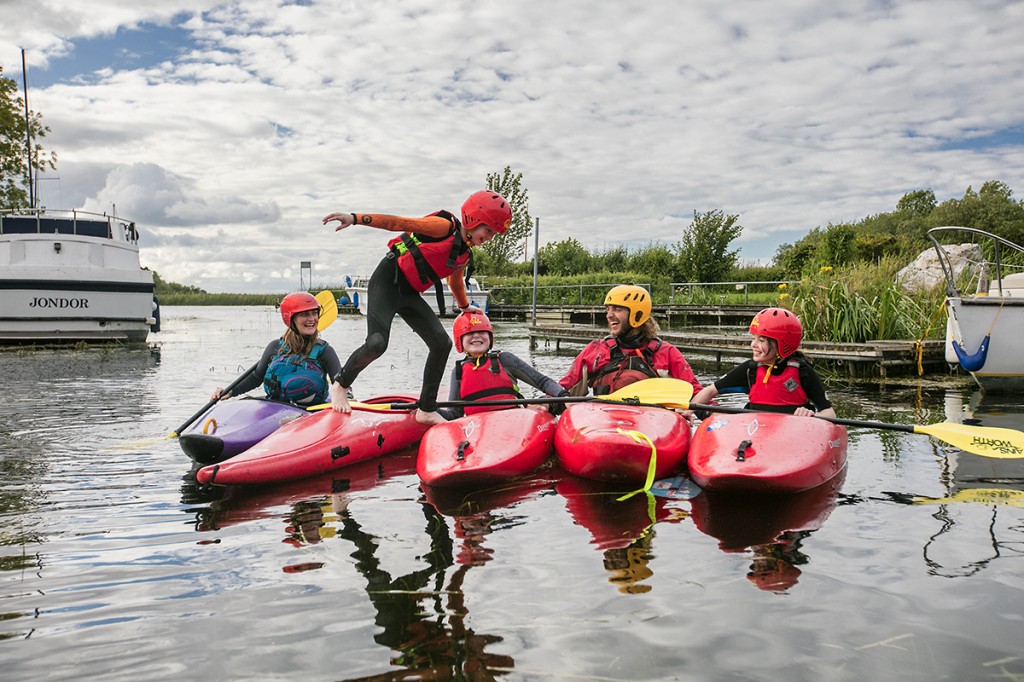 As a boating enthusiast himself, he noted that there is huge scope for development of water based activities in communities throughout Waterford.He highlighted the enormous popularity of angling and noted that Waterford is a “perfect location” for sea angling.Additionally, he reiterated his call for the development of more pontoons including at Mount Congreve which he said would “open up many possibilities”. Cllr Jim Griffin (SF) noted that several Councillors had raised the idea of a Blueway for Waterford in the past.
He said the concept has “huge potential” but said he would like to see funding increased from €200,000 per local authority to around €330,000.He noted the huge popularity of water based activities such as kayaking and sailing. “We have it all here in Waterford,” he said.
Cllr Griffin said coastal villages such as Cheekpoint and Passage East have been “decimated” and continue to suffer from changes to fishing rights. “If we bring in tourists, everything else follows,” he said. Cllr Jason Murphy (FF) said there is “huge potential” and added that there would be benefits for communities throughout Waterford as well as South Kilkenny and New Ross.
Cllr Lola O’Sullivan (FG) said she was delighted to see “one of the most famous swimming areas in Ireland” incorporated in the plan. She pointed out that the local community in Tramore has worked hard at promoting and preserving Newtown & Guillamene Swimming Club. She also noted that the oldest surf club in Ireland is located in Tramore and is “a major part of the community”.“I personally feel we don’t sell ourselves well enough in relation to this,” she said. Cllr O’Sullivan highlighted the importance of having showering facilities at locations which are included in the Blueway plan.“If we’re going to promote areas, I ask that they are all risk assessed prior to putting up signs to say they are safe,” she added.
“We all know there are parts of our coast which are extremely dangerous.”
Cllr Eddie Mulligan (FF), a long-time advocate of the Blueway concept, said he thoroughly enjoyed the presentation and the vision which was outlined. He asked that there would be engagement with the producers of the Sailing Directions for the East & South Coasts. “These are highly influential navigation guides with amplified recreational information for boat users that attracts them to particular harbours for stay overs,” he said.Cllr Mulligan also asked if the Council would be liaising with the Southern Regional Assembly in relation to the inclusion of the development of a Blueway, with Waterford City as a hub, in the Draft Regional Spatial & Economic Strategy.
He asked that Environment Consideration be given to facilitating the establishment of a Three Sisters Blueway centred on Waterford City as the hub with supports reaching out and opening river accessibility for recreation and economical advantage to Carrick, Mount Congreve, Mooncoin, The Island, Cheekpoint, Passage East and into New Ross and Kilkenny.
Humphrey Murphy told Cllr Mulligan that he would liaise with the publishers of the Sailing Directions. Meanwhile, Richie Walsh, Head of Enterprise, said he is liaising with the Southern Regional Assembly in relation to including the Blueway in the Draft Regional Spatial & Economic Strategy.Permission was unanimously given to bring the project forward for suitable funding opportunities.
The ongoing development of tourism, including the Greenway/Blueway network is the fifth strategic objective identified in the South East Regional Enterprise Plan (to 2020) which was launched in Waterford on Friday last. The plan notes that the South East is “ideally placed” to deliver such a cycle/trail route, linking to “a national Greenway network and in particular to the Barrow Way and Grand Canal Blueway and provide a spectacular gateway eastward to Dublin as well as westwards to the rest of the country. A regional strategy has been written that outlines the steps required to deliver on this ambition. The task now is to co-ordinate the development of the network is delivered and to ensure the network’s sustainability by building the visitor experience that occurs around it…The opportunity to gamify the greenway experience through the development of a card/passport will be explored.
A shared plan between Fáilte Ireland, the Local Authorities, LEO, (the new) Ireland South East Development Office and the Leader Companies will be developed to ensure that the business environment around the network will be stimulated and facilitated so that all associated business opportunities are harnessed.”