Land prices in Waterford rose by 23% during 2018, representing a year-on-year per acre (ac) price increase of €10,450, according to the Irish Famers’ Journal’s Annual Agricultural Land Price Report. “The price jump is significant ands represents the third greatest price increase behind Kilkenny and Dublin last year,” the report notes, adding that land supply in the county has been “consistently low”. 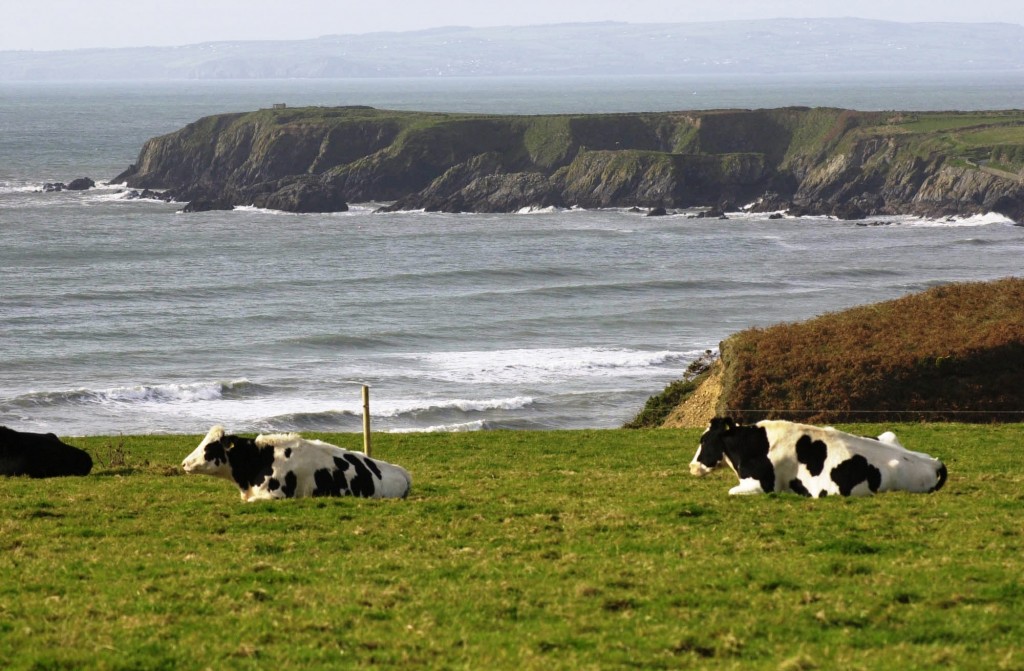 Land prices in Waterford rose by 23% during 2018, representing a year-on-year per acre increase of €10,450, according to the Irish Farmers Journal.

According to the Farmers’ Journal: “However, it doubled last year. Almost 1,500ac incorporating 27 farms were offered in 2018, compared with 823ac the year previous. Interestingly, of the 27 farms offered, 66%, or 18, were over 40ac. Waterford also had the third-fewest public auctions recorded in 2018 with four, behind Kerry (3) and Donegal (1). Only one of these sold under the hammer; a 60ac farm near Tallow, which made €600,000, or €10,000/ac.”
Some 56% of the farms offered for sale in Waterford were between 40 and 99ac, while 33% of holdings were under 40 acres. At the top end of the scale, just 4% of farms offered were in excess of 200ac, with the remaining 7% cent ranging between 100 and 199ac.
Dairy farmers accounted for 38% of all sales, followed by Beef on 31%, with the remaining 31 per cent pretty much evenly split between Business, Mixed and Equine (all 8%) and Tillage on 7%. Meanwhile, neighbouring Kilkenny experienced a second successive year of increased farm land supply “while land values increased (by) 29%. Competition between strong farmers underpinned what was a buoyant market”. The average land price in Kilkenny during 2018 stood at €12,437 per acre, a significant increase on the €9,648 tally recorded in 2017. The report states: “It is the first year since 2015 that prices have risen above €11,000/ac, having hovered around €10,000/ac since then. Prices in the county ranged from €4,000/ac to €29,240/ac. most were exceptionally strong, with 24 achieving over €11,000/ac. Of the 46 public auctions, 50% sold under the hammer with the majority of those withdrawn (52%) selling after auction.”
The Journal noted the highlight of the Kilkenny year (as well as the South East) in terms of sold farmland: “the reported sale of Castletown Cox (near Owning in South Kilkenny) on 513ac for around €20m back in April 2018. The substantial estate was believed to have been bought by an international buyer. Another significant sale was for the 72ac residential farm at Danesfort, which sold at auction for €1.75m for a beef farmer.” With a total of 3,390 acres offered for sale last year, 65% of those farms placed on the marker consisted of 40 or less ac. Some 30% of the farms consisted of between 40 and 99ac, with 4% of those farms sized between 100 and 199ac, and just a single per cent representing a holding in excess of 200ac.
Once again, Dairy farmers were the busiest buyers of land in Kilkenny (33%), followed by Beef (29%), Mixed (mostly tillage and/or beef and dairy: 13%), Other (11%), Business (9%) and Equine (5%).
Meanwhile in Wexford, the average price per sold acre in 2018 came to €11,266, a slight increase on the previous year’s figure of €10,970. “Supply fell in Wexford for the second consecutive year. Having almost halved in 2017, it dropped a further 18% last year. In terms of method sale, Wexford offered more land via public auctions in 2018 that it did by private auctions in 2018 than it did by private treaty. It was one of just five counties (Meath, Kilkenny, Louth and Wicklow were the others) that did so. The auction room saw a great deal of success last year. Of the 33 auctions, 66% sold under the hammer, with a further five selling after being withdrawn. This brings the total success rate at auction to over 80%, one of the highest in Ireland.”
The average price of Irish agricultural land last came to €9,072, with values increasing in 12 counties and decreasing in the State’s remaining 14. According to Report Editor Anthony Jordan: “In Kilkenny, the presence of strong dairy, tillage and beef farmers in the market drove prices up to just under €12,000/ac…In areas dominated by dairy, the market was livelier. North Cork, South Tipperary, parts of Carlow, North Wexford, parts of Kildare and Dublin saw the most vibrant land market in 2018.” Speaking of Tipperary, the average land price across the county came to €10,904 (up four per cent on 2017), with last year’s land offering of 4,788ac representing a three per cent (3%) decrease on the previous year’s figure (4,933ac).
“Often, €300,000 is the point where many farms struggle to sell, especially in counties where buyers are traditionally not as strong. Tipperary had 33 farms that sold over this price last year, as well as eight farms that sold for over €1m. One of the most interesting statistics is the disparity between what was paid for farms under 40ac and farms over 40ac. The farms over 40ac commanded a much greater average price (€11,895/ac) than farms below 40ac (€9,960/ac). This is the greatest disparity of this kind in Ireland. Furthermore, 57% of larger farms sold, compared with 52% of smaller farms.”
Assessing the overall picture, Anthony Jordan writes: “The best single word to describe the Irish land market in 2018 was inconsistent. Depending on what land agent you speak with, there is a different perspective…Factors such as location, access to finance, expectations and land quality, to name but a few, all play their part in the sale of land. These variables then give rise to the inconsistencies in the responses from land agents.”