Eoghan Dalton Reports
A local TD’s comments on housing figures have been criticised by an opposing Councillor, who believes he has “mislead the people”. Cllr John Cummins (FG) said Deputy David Cullinane (SF) had been “irresponsible” when he claimed on WLR that Waterford City and County Council’s (WCCC) record on housing in 2018 had been well below the target figure. Speaking at the Council’s January meeting, he said Deputy Cullinane had given too low a figure and hadn’t taken into account the units that would be delivered by the end of 2018.
Cllr Cummins pointed to 39 new units in Kilrush, 31 units in Carrickphierish and 33 on the Airport Road, as proof of the local authority’s recent success. Housing Director Ivan Grimes supported the City South representative’s assertion. 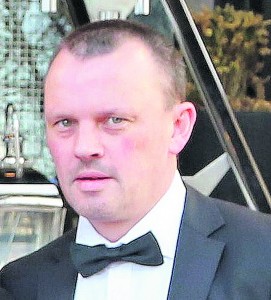 He noted that that the target for 2018 was to build 249 units. This had been exceeded in the dying weeks of the year gone, with a total of 119 units built by the Council, a further 46 through Part V work and 45 thanks to approved housing bodies. Another 83 were delivered by the Council’s repair and lease scheme. Mr Grimes said an extra 100 empty houses, or “voids”, were brought into use. “So, all told, that’s just shy of 400 units in 2018,” said Mr Grimes. “Admittedly, about 80 of them were new builds that came in the last month of the year so they’re being allocated (to people still).”
The housing chief told Cllr Cummins that the Council “knows” it’s delivering on housing and said Deputy Cullinane was using Quarter Three figures for the radio interview. “I think it’s very important that that message goes out there in the public, that we are performing in housing delivery,” said Cllr Cummins, adding that it was “very, very irresponsible” of the Waterford TD to give the impression that WCCC is struggling on housing delivery. He added that one part of the WLR interview featured Deputy Cullinane saying that “there’s hardly going to be much more” housing delivered in the final weeks of the year.
The TD’s party colleague, Cllr Jim Griffin came to this defence in the chamber: “I’d like to remind Cllr Cummins that it’s our Council that’s doing a great job under severe pressure from his own Government.”
Speaking to this newspaper, Deputy Cullinane said he would be standing over the figures he used: “They come from the CSO. The real issue here is that the government’s own targets lack ambition. They are atrocious. Councillor Cummins needs to stop getting into sham rows and start taking responsibility for Fine Gael’s abandonment of housing as a social need.”