Eoghan Dalton Reports
Over 20 businesses on Patrick Street have signed a petition objecting to a loading bay installed there.
The businesses, made up of barbers, clothes shops and eateries, claim they were not consulted prior to the bay being installed. A number of the businesses told The Munster Express that the loading bay is regularly used several hours past the allowed time and is often used by motorists for hours on end. It was installed last summer and this newspaper has seen how one business has documented numerous breaches since then, taking place on an almost daily basis. 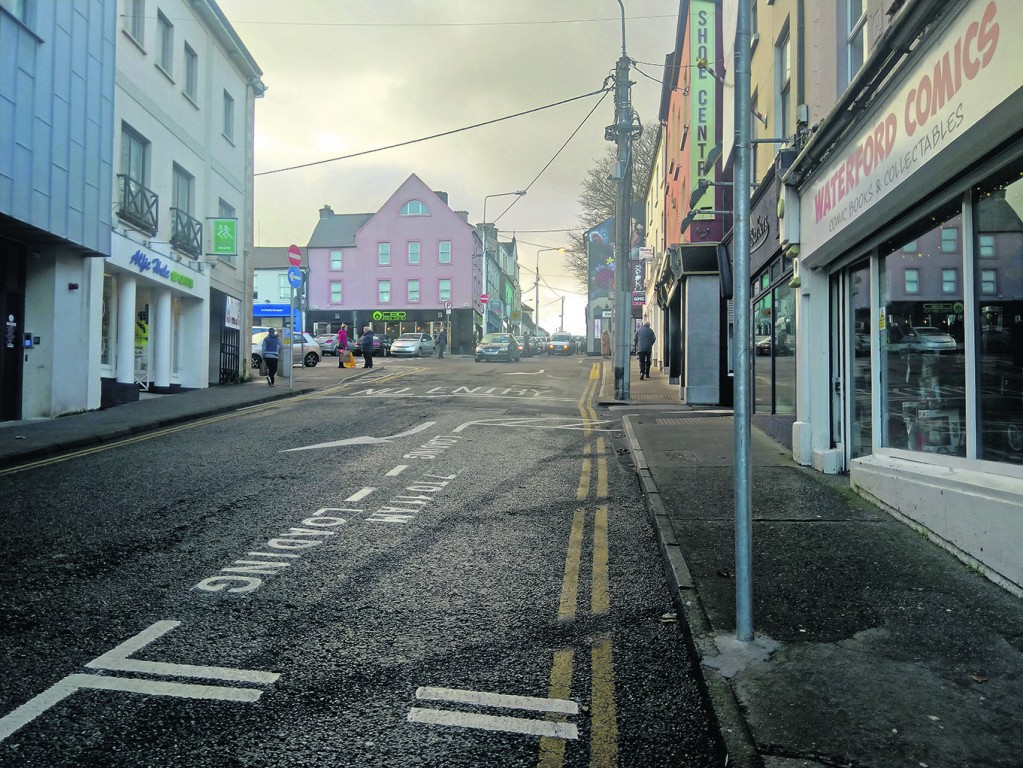 Over 20 businesses on Patrick Street have signed a petition objecting to a loading bay that's been installed there.

The petition reads: “We, the businesses on Patrick Street, would like to object to the loading zone that was put in outside 12-14 Patrick Street in Waterford. This was put in without consultation from the businesses and without representation of the businesses on Patrick Street. “It was highlighted right away to Cllr Eddie Mulligan that it was not working, as well as to Waterford City Council (sic). We, the following businesses would liked to officially put in an objection to this.” The zone is placed outside Kazz’s Barbers, Waterford Comics and J O’Doherty’s Fishmongers. For Waterford Comics owner Jonathan Sullivan, the loading bay has regularly meant the store is blocked from view for passers-by.
“It’s ended up being used as a car park,” he said. He opened the store last summer and runs it alongside his wife, Nicole. However, Cllr Mulligan contests the objection. “I have had one business make a representation for the loading bay to be moved,” he told this newspaper.“I have had numerous businesses from Broad Street, Michael Street, Patrick Street and the surrounding environs make representations for a loading bay.”
He added that there is a high demand for a loading bay for the area. One had been available for use on the corner of Patrick Street and Stephen Street but was removed.
Cllr Mulligan said the option is available to any business to bring an alternative location for a loading bay to the table. While the petition was originally submitted late last year in November, Cllr Mulligan said the first time he had been aware of it was when contacted by this newspaper yesterday afternoon (Monday).
The local authority’s Director of Roads, Fergus Galvin doesn’t believe there is an “easy answer” to the row.
“The problem we have is we need a number of loading bays across the city centre,” he said. “All the shops need a loading bay.”He said he has directed more enforcement officers to tackle people parking illegally, though admitted the location of the space is being kept under review and will be examined again later this year.