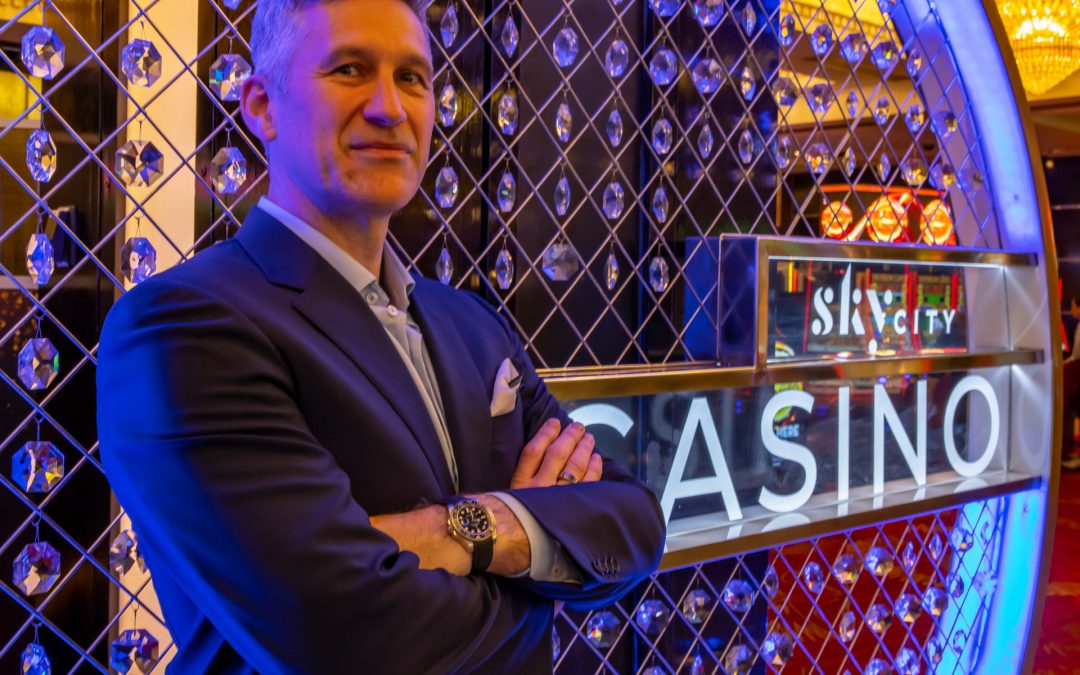 Waterford man Michael Ahearne has been named as the new CEO of SkyCity Entertainment Group in New Zealand. Michael, originally from Cappagh, takes the reins from Graeme Stephens, having been headhunted by the company a number of years ago and now working his way up through the firm.

SkyCity is a gambling and entertainment company based in Auckland, New Zealand. It owns and operates five casino properties in New Zealand and Australia, which include a variety of restaurants and bars, two luxury hotels, convention centres, and Auckland’s Sky Tower. Founded in 1996, the company’s shares are traded on both the Australian and New Zealand stock exchange.

Last year, the company saw revenue exceed $1 billion for the first time in the company’s history. Michael’s mother-in-law, Agnes Collins from Dungarvan spoke with the Munster Express about his latest achievement. She outlined how he had met with his now wife Kay, Agne’s daughter, with the couple now with three children. They had originally come back to Ireland after a sustained period of living abroad, but it didn’t last as long as Agnes would’ve liked!

“I have a son and three daughters in Australia, and now a son-in-law in New Zealand. Michael was in Sydney for around 15 to 20 years first, he is originally from Cappagh. He met my daughter Kay when he was working for Glanbia at the time, then he went onto Irish Steel. They went off to Australia, stayed there for 15-16 years and then came home and bought a house in Abbeyside. They settled in Abbeyside for about four years, but they didn’t settle! – He got a job with Paddy Power’s in Dublin, so off they went to Dublin. Michael was soon headhunted not long after, someone wanted him back in New Zealand. He went over for an interview and he got the job. Unfortunately, I said joking at the time, they were only back and they were gone again with the children!”

Agnes emphasised that it was great to see someone local achieving things internationally and was delighted to hear of Michael’s latest position. She says that the couple have left a trail of houses behind them in their nomadic excursions.

“Michael was educated in the Friary. He was a boarder in the Friary for four years. Kay is a teacher, and in fairness to them, without meaning to boast, they’ve done very well. Their son is currently attending Trinity in Dublin and he lives in an apartment which they owned when they were based there. They’re leaving a trail of houses behind them! He buys them like you’d buy a cup of tea.” 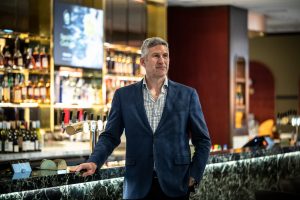 There is a significant number of people in West Waterford residing in Australia and New Zealand, with locals getting to know one another who they previously might not have.

“When you meet somebody from Ireland and you’re away, it’s great. I remember when I was in England years ago, you are just delighted when you meet somebody from home. You become friends with them, whereas if you’re both at home you mightn’t even bother to say hello! I was in Sydney 8 years ago and I seen a girl from Cappoquin, we were getting on a train and I couldn’t wait to sit down to speak to her, to say I know you – you’re from Cappoquin!”

Ahearne told the New Zealand Herald that he had been involved in global gaming for almost 20 years.

“I’m excited and delighted that the board has the confidence in me to lead this business. We have some challenges but it’s a great company and organisation. We’ve a strong team here operationally. We’re just getting on with business. The focus right now is on our core business, navigating through COVID and opening up in Adelaide next week. That property looks fantastic. And of course, the NZICC and the online business which has gone quite nicely over the past few months.”

Ahearne told the Herald about his great passion for the business and spoke highly of his predecessor.

“I would say that I’m an authentic person. I’m certainly people focused. I really enjoy working with a large team like we have here at SkyCity. I do like this business and industry. It’s a very consumer focused industry, I really have a real energy and passion for the entertainment sector. These are unprecedented times in terms of a challenging operating environment. I would say we are operating cautiously but we’re optimistic about the long-term focus of our industry. Graeme Stephens brought me into the business. I’ve worked incredibly closely with him over the past number of years.”