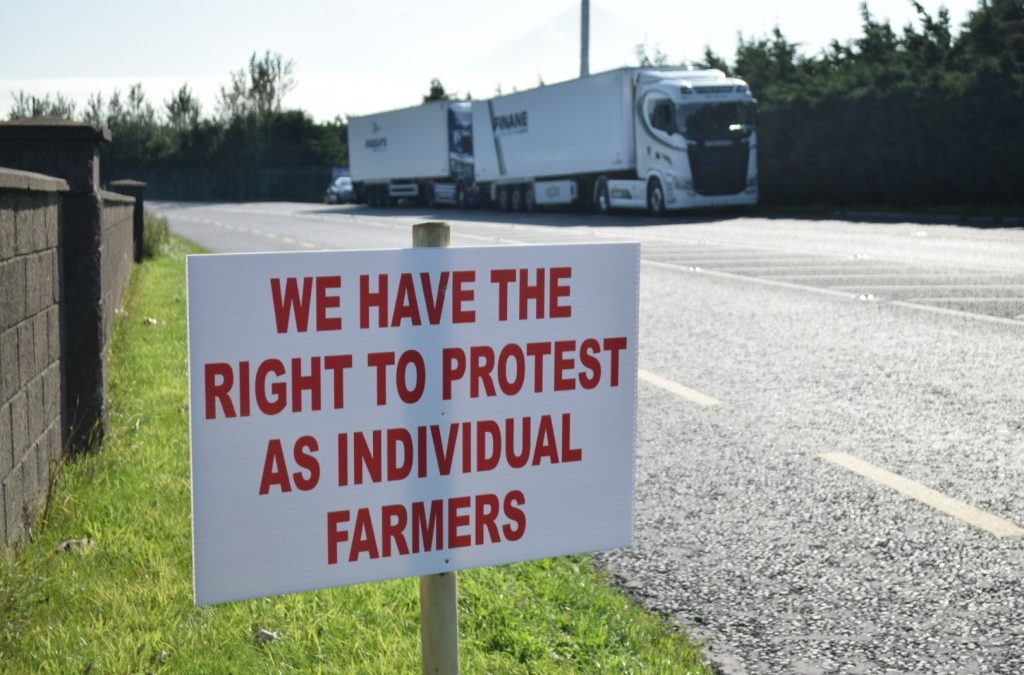 Eoghan Dalton Reports
After almost two months, pickets at local meat plants have been lifted and the deal struck to end the dispute will now be implemented. Beef processors have been contacting employees who were laid-off over recent weeks to inform them that they will be recommencing processing this week.Several hundred lost their work temporarily at ABP in Ferrybank and Dawn Meats in Grannagh on the Waterford-Kilkenny border.
It was cautiously hailed as the “the beginning of a new era for the Irish beef industry” by the Independent Farmers of Ireland spokespeople yesterday. The spokespeople helped negotiate the Kildare Street agreement to resolve the dispute. Speaking yesterday, they said they were given specific tasks to carry out:“The first part, the negotiation phase is now complete. The proposal has been brought back to the grass roots, the farmers and the majority of protests have stood down from the factory gates. 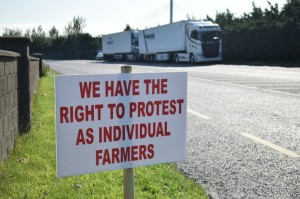 “We believe this symbolises change. It is the beginning of something new, and although there are still many problems that face the beef industry in Ireland, we feel we can face them now from a different position than the picket lines.” They added that the newly proposed taskforce will have the power to oversee the changes and “therefore the implementation of the proposed solutions is crucial”.There have also been reports that four new mediators have been elected by the local factory pickets and others to negotiate a new deal.
However, this was rejected by the Department of Agriculture yesterday. “There are no plans for the Minister of Agriculture to meet with any party with a view to reopening negotiations on the agreed beef deal,” said a spokesperson. Further indications of discontent were present in yesterday’s Independent Farmers of Ireland statement. It acknowledged that there is a “vocal group who are unhappy with the negotiated proposal and are calling for our immediate removal”.
However the spokespeople added: “We were elected to perform a task, to negotiate on 11 points and we feel this was what we succeeded in doing.“This will be quite clear to anyone who reads those 11 points which were released to the press on 3 September.
“We are quite happy to step down when the task force is set up, but we will not risk jeopardising this by stepping down too soon. Once progress has been made on moving this proposal forward the Independent Farmers of Ireland will be dismantled.”
The spokespeople said that the issue which had concerned many farmers who remained on the picket lines, base price, would be the next issue and falls to the beef producer groups and the processors.
“We would recommend all farmers immediately join one,” the spokespeople added.
One of the representatives, Maggie Delahunty (23) from Mooncoin, hopes that farmers won’t have cause to resume their protests over the coming months.She was tasked with selling the deal over the past week to farmers. On Wednesday night last, she stood on a concrete block across from an ABP plant in Ferrybank and fielded questions on the deal from tired, irate farmers for over two hours. The final tally was 47 in favour of ending the picket against 31 farmers who voted to stay on.
Despite the result, a number of farmers remained at the factory gates for a further two days, before stepping down completely. Last Friday night a similar meeting in Mooncoin saw farmers opt to stand down the picket – but they were not in favour of the deal. “You’re getting a mixed reception wherever you go,” Delahunty said. “But people who are interested in the agreement can see that it’s a stepping stone.””This deal is by far not great but it is most definitely better than what we have had,” she added, “it is a foundation that allows for progress”.
One beef farmer who attended the meeting and voted in favour of standing down the picket summed up the mood afterwards. He said he believed that “things will never be the same again” in the meat industry but was uncertain whether the agreement will bring the change desired.”There’s too much water has gone under the bridge. Things will have to change but whether they change enough for people or not, we’ll have to see what the future brings.”