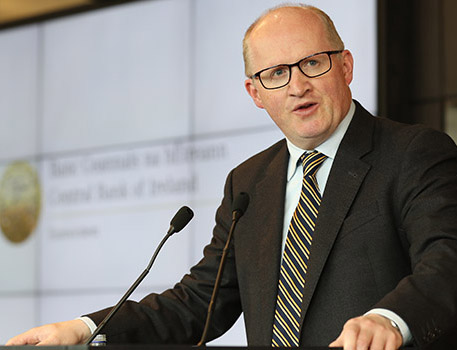 Ireland’s regions must prepare for ‘a permanent disruption’ regardless of Brexit’s outcome according to Central Bank Governor Philip Lane. Attending a sitting of the Oireachtas Finance Committee on Tuesday last, Mr Lane said that a no-deal Brexit would catalyse a disruptive period across the country, with the length of adaptation thereafter still undetermined.
“We have a large multinational sector here which essentially has a global market,” Mr Lane told the Committee. 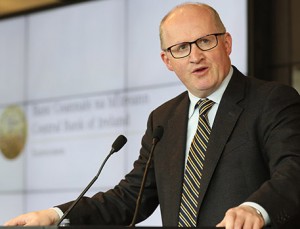 “Those firms would not be particularly exposed to Brexit risk. So many small firms’ only export market is the UK, and within agri-food and certain segments within that, the dominant export market is within the UK. There is no doubt these risks are quite concentrated, and given these industries are regionally concentrated, there will be very different effects across the country.”
According to Fianna Fáil Finance Spokesman Michael McGrath: “If you drill down into the detail, the impact on certain sectors like agriculture, agri-food, indigenous manufacturing, and the regions would actually be much more acute than the overall numbers published by the ESRI and Department of Finance.” In response, Mr Lane stated that this was “crystal clear”.
Curiously, the 50-page South East Regional Enterprise Plan, launched by the Government in Waterford on March 22nd makes no reference to Brexit and its potential impact on the regions.
Speaking to The Munster Express, Waterford TD and Sinn Féin Brexit Spokesperson David Cullinane said: “Plans have to be matched with not just ambition but with resources. My party leader Mary Lou McDonald and I met with members of Waterford Chamber last Monday and one of the concerns they raised was about not getting the level of Foreign Direct Investment (FDI) attraction that we need into Waterford and the South East. So you can have all the plans you want, but what we need to see is the infrastructure being put in place and the capital funding that’s necessary right across the board.”
Deputy Cullinane added: “We know from WIT’s South East Economic Monitor that on a per capita basis, we’re not getting our fair share in terms of investment: we’re still waiting for funding for the Airport, we’re still waiting for the Technological University to come on stream and we’re still waiting for funding for the North Quays, and I don’t know why that is but we always seem to have to wait in this region. We always seem to have that push that little more robustly than most to get the resources that we need, so while plans are good, while commitments and ambition are good, it has to be matched with real resources. Otherwise, those ambitions won’t be met. So rather than judge the Government on what plans they produce, we ought to judge them on the funding and practical supports they put in place to support those plans.”
Regarding the potential implications of Brexit for the South East, David Cullinane stated: “This region is very vulnerable to Brexit given our strength in the agri-food sector, a sector which is particularly exposed due to Brexit, in whatever form it will take. The currency fluctuations, for example, from Sterling to Euro, has already created lots of problems for companies that export. We know, for example, that many meat producers in the region are exposed and very worried about whatever form of Brexit arises. Any disruption and any uncertainty creates challenges for such companies.”
Sinn Féin has previously called for the establishment of a €2 billion Brexit Stabilisation Fund in an attempt to insulate ports such as Belview and Rosslare, in addition to airports and Small to Medium-sized Enterprises (SMEs) from the worst potential excesses of Brexit.
“Plans are great, but what we need to see are actual funding announcements,” said Deputy Cullinane.