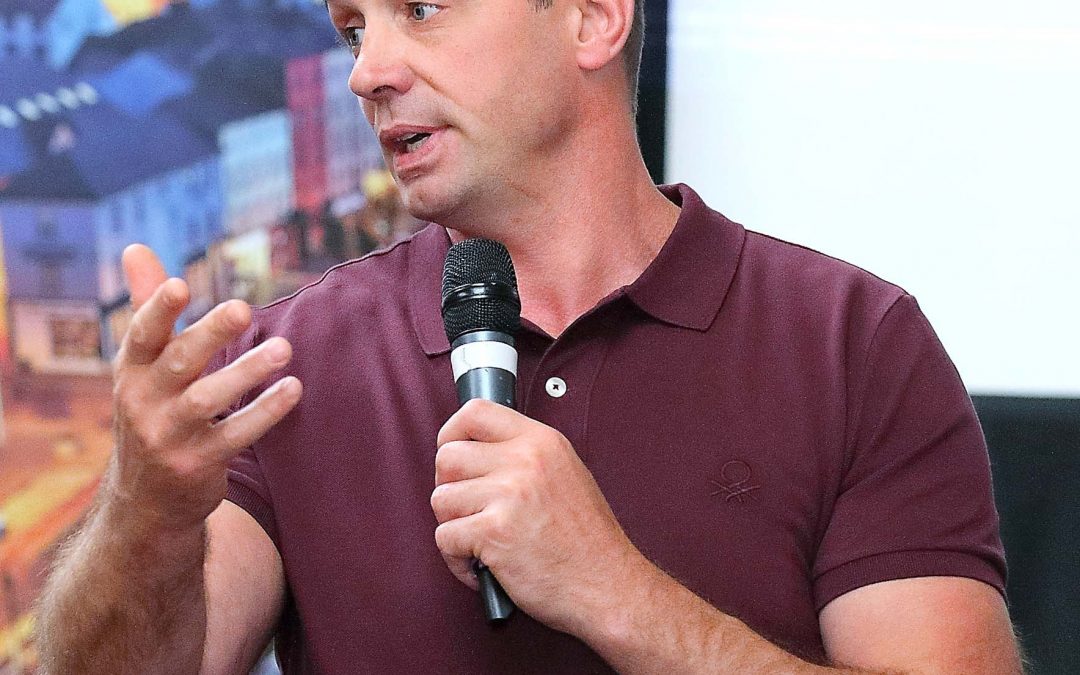 “You have to be resilient in business, just like in sport” was the clear message from Munster and Ireland rugby legend Alan Quinlan as he gave an honest and entertaining overview of his sporting career to a capacity crowd at the Granville Hotel for the Waterford Chamber and Permanent TSB Business Breakfast. 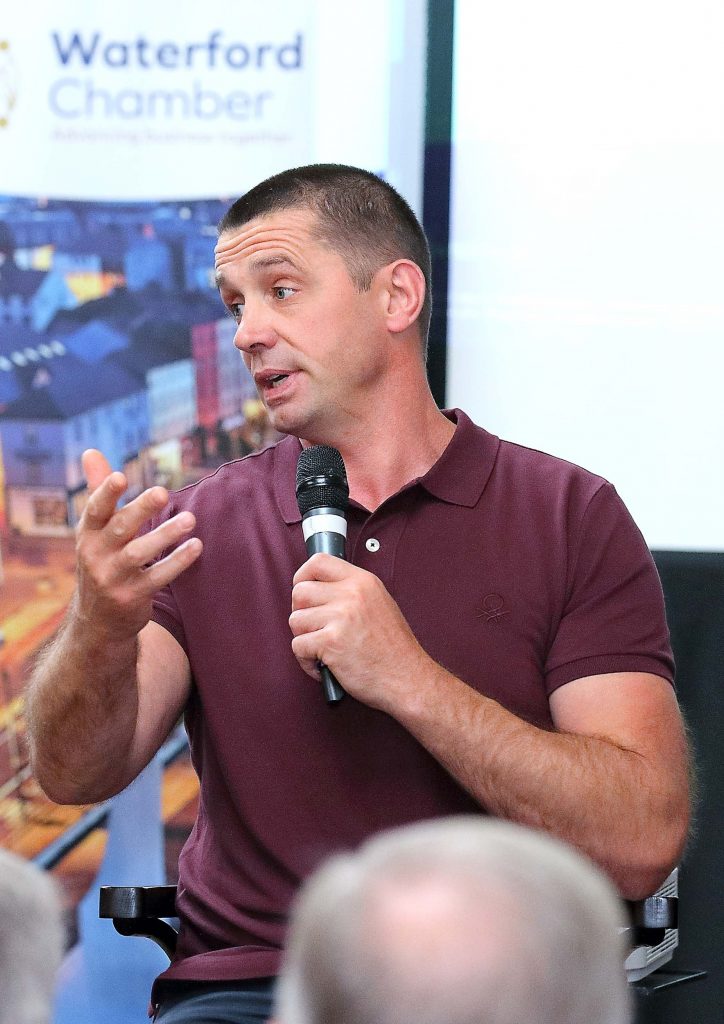 In a conversational session held with Anna Hanley, Territory Sales Manager, Permanent TSB and local branch financial consultant Joss Jones, Alan stated: “The most successful sports people and business-people have experienced set-backs and it can only make you stronger”, “Having the right mindset and structure in place certainly goes a long way to achieving your goals”, he added, highlighting that Declan Kidney instilled this in the Munster dressing room during his coaching days.
Having done his leaving cert at just 16 and then going straight to full-time employment, Alan’s youthful ambition was always to play hurling for Tipperary. But the call of rugby took over and the professional game followed.“I always looked at myself as being in a privileged position. We couldn’t believe we were actually getting paid to do something we would have done anyway”, he admitted.
A self-confessed “lunatic” on the pitch, but “rock of sense” off it, Alan was a natural leader and said “nothing will ever replace or beat sitting in the dressing room in Thomand Park ahead of European games knowing you are going out to battle with the guys beside you.”
Regaling the audience with hilarious stories from his playing days, including “baby-sitting ROG”, he referenced his former Waterford team mates Ben Cronin and Greg Touhy and shared a yarn or two on them also.
Looking to the Rugby World Cup, he said, “Teams have figured us out a bit at this stage. I hope we will see something different in the World Cup because if we don’t we will be in trouble.”He concluded by saying “the attitude has to be right and that is whether you are on the playing pitch or in business”.The morning event began with introductions by Waterford Chamber President Jonathan Earl, Permanent TSB Territory Sales Manager Anna Hanley and brief presentations by Robbie Leonard of Permanent TSB and Bob Gahan, Irish Life.