End of an era at O’Keeffe & Sons Monumental Works 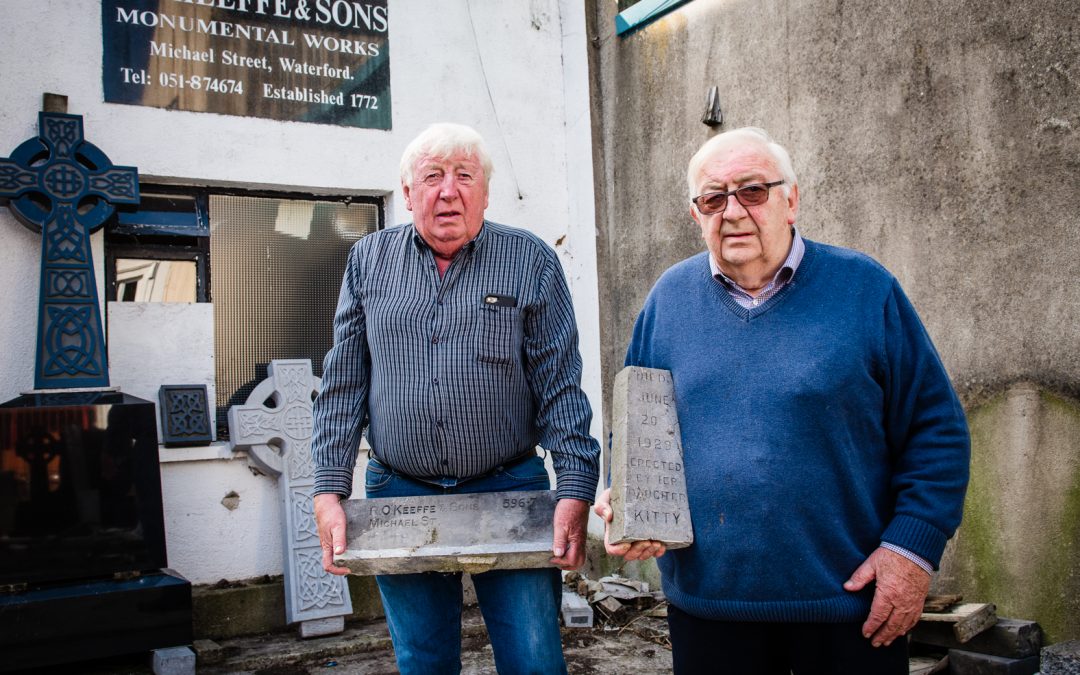 A well-known Waterford business is being forced to move from its historic location.
O’Keeffe & Sons Monumental Works has been in business since 1772 and is based on Michael Street in the heart of the city. It is now run by eight and ninth generations of the same family. KRM purchased the land on which the business is located a number of years ago.
At the time, O’Keeffe’s signed a Caretaker’s Agreement and were due to get a property in the new development on Michael Street.

Jimmy and Jack pictured beneath the signage which states that O’Keeffe & Sons Monumental Works was established in 1772.

However, an order received from the High Court states that NAMA is taking back the land in lieu of money owed by the developers.Despite being due to get property worth €3.5 million, O’Keeffes have been left with no other option but to move. The family business will now relocate to a site in Poleberry beside Bohemians FC and opposite the Poleberry Pot Office.
However, Jimmy O’Keffee says it’s sad to be leaving the site where the family business has so much history. He points out that the family home is also situated on the site.
Jimmy adds that the family are extremely disappointed by the lack of support they have received from Waterford City & County Council and local politicians.