Home » Business » Wheels Up in the Chase for Greenway Funding

Wheels Up in the Chase for Greenway Funding

Funds from the Government’s €53 million Regional Greenway Strategy must be enthusiastically pursued by the South East’s local authorities, according to a range of Councillors and Directors of Service across the region. However, speaking to The Munster Express, Cllr Eamon Quinlan (FF, Tramore – Waterford City West) said that investment already made from City Hall’s central fund into the Waterford Greenway should have already been recognised by the Department of Transport. “While it’s welcome to see further greenway developments advancing, including the former New Ross to Waterford railway line which will feed into Waterford as part of the South Eastern network and create additional bed nights in the city, it’s worth pointing out that the Council has invested over €10 million in piloting such an amenity within the region and made it a great success,” he said. 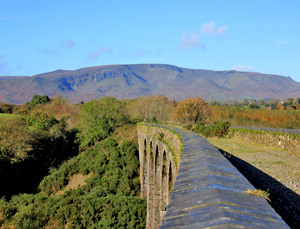 “Yet up to now we’ve been effectively told by the Government that they’re sorry, but they can’t reimburse us in terms of what we’ve already invested. But we can, however, apply for this fund as well when it comes to the Bilberry section, effectively the city section of the Greenway. I’m not overly happy about this, and really feel that we ought to have been able to make a retroactive application for the €10 million that’s already been pumped into developing the Greenway by Waterford City & County Council. And, while I’m all for greater regional co-operation between the local authorities, I do feel it’s unfair if we in Waterford end up footing the bill for our greenway and other local authorities in the region who want to develop their own greenways successfully access this new funding and effectively get their greenways for free. They would then have monies, which we wouldn’t have, freed up for other projects and initiatives in which they could then compete strongly against Waterford and leave our city and county at an economic disadvantage. That doesn’t seem fair or right to me.”
Speaking at last Wednesday’s Piltown Municipal District meeting in Ferrybank, Kilkenny County Council’s Economic Director of Services Sean McKeown reminded Councillors of the Department of Transport’s November 28th deadline for funding applications from local authorities. “When it comes to this strategy, the Department is talking about the development of greenways of scale, which can account for new routes or extensions of existing greenways of between 20 and 40 kilometres. The greenway we intend to develop is 22 kilometres long and in our view, fits the Department’s criteria in terms of strategic and regional significance.” Mr McKeown noted that the South East Greenway network will run to 230 kilometres upon completion. A regional greenway project office, already in place at New Ross, with Wexford County Council as the lead local authority, is be to formalised in the coming months, he added.
Meanwhile, Waterford Green Party Chairperson Marc Ó Cathasaigh has re-iterated the main thrust of his party’s submission to the strategy fund. “We have advocated for the hub model for greenways seen in New Zealand, where a number of greenways would connect to form a wider network,” he said. “Waterford would be ideally suited in this context, with the possibility of links to Tramore, New Ross and Rosslare to add to our existing greenway route.” Mr Ó Cathasaigh believes that the application process “will essentially be a fight for resources. Already, groups up and down the country have started petitions and begun lobbying for projects in their area”. He concluded: “There are many possible routes around our county and the wider South East that have the potential to connect to our existing greenway and enhance our overall offering. (Waterford City & County) Council will need to move beyond regional squabbles and decide on one route which can realistically compete for the available funds.”