Ferrybank's Park Will Be "Amazing"

Construction works at 2.5-acre site now considered imminent
Construction work at the long-awaited public park at Ferrybank is set to be announced by Kilkenny County Council in October, local Councillors were informed on Wednesday last.
Speaking at the September meeting of the Piltown Municipal District, Economic and Planning Director of Services Sean McKeown told Councillors he is hopeful that a date for the commencement of works will be revealed within the next few weeks. Presenting draft drawings for the 2.5-acre park at the meeting (not yet formally disclosed for photographic purposes), Mr McKeown said the project for the park will imminently go to tender, and stressed that the design for the park “was not yet finalised”. He said that the site’s slope, adjacent to the N25 and beneath the Brothers of Mercy facility at Belmont Park, would be taken into account when it came to finalising the playground’s ultimate design. It’s also worth pointing out that the site does not require rezoning for the project to proceed.
The drawing, seen by this newspaper at last Wednesday morning’s meeting, includes a tree-lined perimeter, a water feature, a playground, more than one wild ‘meadow’ area and a ‘kick about’ zone.
In addition, the drawing also envisages picnic and seating areas, a viewing area ‘hub’, an outdoor gym and an amphitheatre feature, somewhat similar to what’s in place on the former cycling track at Waterford city’s People’s Park. 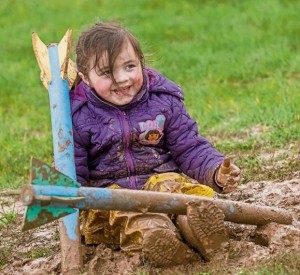 Municipal District Chair Ger Frisby (FF) hailed the progress made on the project, stating: “It will be great to finally see it come to fruition”.
Cllr Melissa O’Neill (Ind) said the drawing “looks absolutely amazing” and was delighted to see an idea first discussed eight years ago nearing its official commencement.
But to her disappointment, Mr McKeown said that. in all likelihood, the fully developed park “will be delivered over a number of years…I must caution that we mightn’t have the budget to deliver it all in go”. He also confirmed that the Council intends to maintain the park without the use of glyphosate following a recommendation from the Council’s Strategic Policy Committee (SPC) on the Environment. 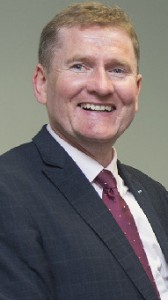 Mr McKeown said that organic herbicide would be used for weed management in the park, adding that local residents would also have to be consulted when it came to the creation and maintenance of the park’s meadow areas. He added: “We’re supportive of the (wild area) principle but we will need to negotiate and explain what we have envisaged with the local community.”
Speaking at the July 2016 Municipal District meeting, County Council Executive Planner Caitriona O’Sullivan said that of the 50 submissions the Council had received in relation to the Ferrybank Local Area Plan (LAP), “43 were related to the playground”.One of those submissions alone included a petition signed by 210 residents who were keen to see Kilkenny’s second largest urban area finally secure a playground. Over €600,000 in funding has been set aside for the neighbourhood park.