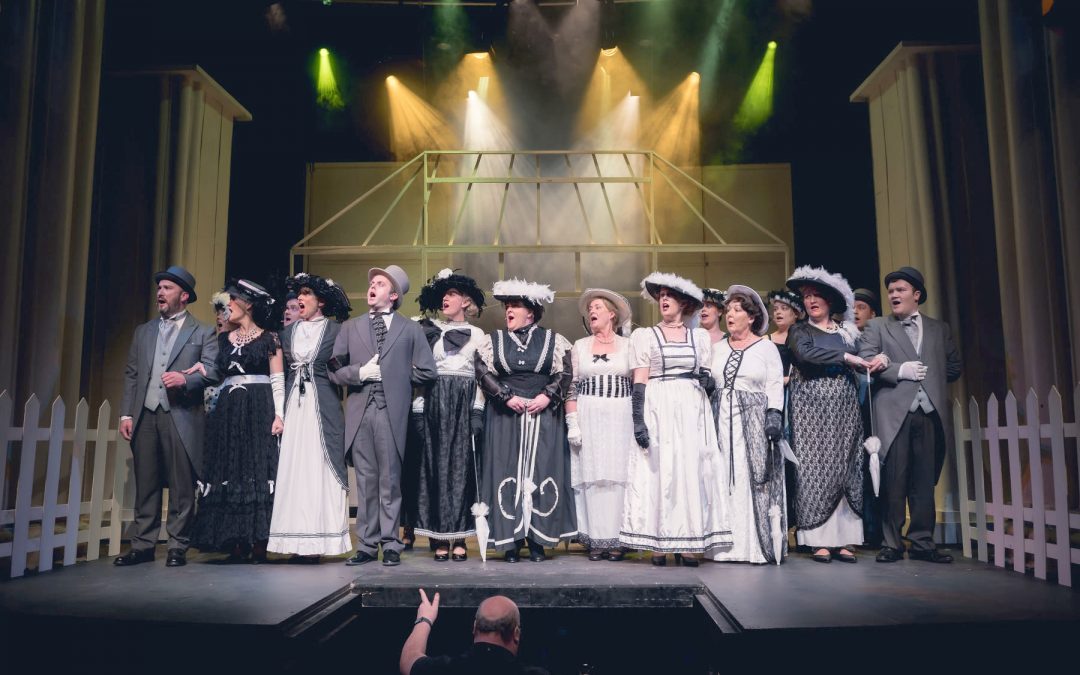 Waterford Musical Society has assumed a vital connection with the golden age of Waterford Musical societies and the excitement of the Waterford International Festival of Light Opera. It has not been easy with a two-year shutdown due to Covid. Taking on a big musical like Lerner & Loewe’s classic My Fair Lady is a big ask, showing ambition and confidence in Waterford audiences responding favourably to the show. There is a large cast requirement, a detailed set design with eighteen scene changes, an expensive costume hire, and at least a dozen in the orchestra pit. Loewe’s music is heartwarming, and a conventional tab-warming overture had the audience humming along. 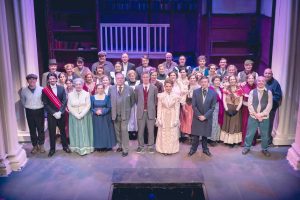 The cast of My Fair Lady

Wayne Brown excelled as musical director, and Andrew Holden directed and coped with the budgetary restrictions of maintaining a classic show.

Some of the reasons this show is not performed as often as before are the scenic and costume requirement, as well as the uneasy toxic privilege and masculinity of Professor Higgins’s character towards the impoverished flower girl, Eliza. In this carefully directed production, the audience’s sympathy was clearly with Eliza in the title role. Susan Boyce was magnificent in the part, and her songs like ‘Wouldn’t It Be Loverly?’ and ‘Just You Wait’ along with the shared ‘I Could Have Danced All Night’. Her ‘Show Me’ with Freddy was wonderful, as was her duet with Higgins ‘Without You’, winning over an audience who were engaged, enchanted, and enthralled. In a  sense, Susan Boyce went out a ‘waif’ in Act One and finished Act Two as a ‘headliner’. 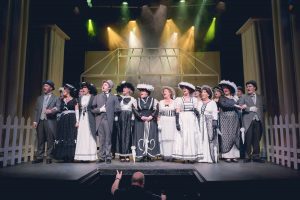 Rory Walsh impressed as an actor and gifted singer with his interpretation of Higgins. His vocal prowess was evident in ‘Why Can’t The English?’; ‘I’m An Ordinary Man’; ‘A Hymn To Him’, and the wonderful ‘I’ve Grown Accustomed To Her Face’. His work with Tobie Hickey and Susan Boyce on ‘The Rain In Spain’ was a wow.

Tobie Hickey as Pickering was a triumph of privilege mixed with kindness, and he brought vital comedy to a long first act. Timmy Moloney shone as Freddy, and his ‘On The Street Where You Live’ was a resounding success.

Ray Collins stole the show as Doolittle, and his work with the ensemble sparkled in ‘With A little Bit Of Luck’ and the rousing ‘Get Me To The Church On Time’. His splendid performance was aided and ‘supported’ by Adam Phelan and Adrian Dower in great voice. 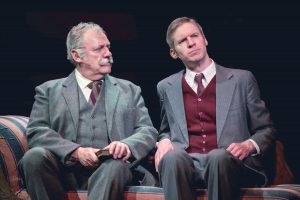 Tobie Hickey as Pickering and Rory Walsh as Henry Higgins in Waterford Musical Society’s production of My Fair Lady. 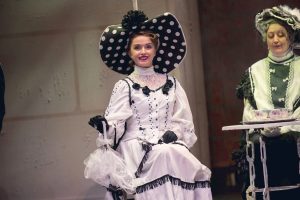 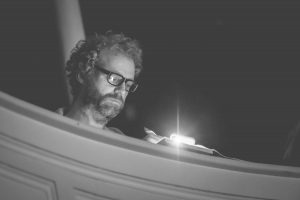