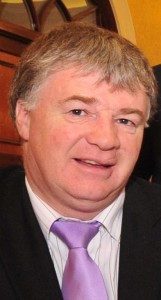 Waterford City & County Council’s Executive was accused this week of using rates as an emergency top-up slush fund to offset shortfalls in their budget.
The local business Community urged the Executive not to hike rates in this evening’s (Tuesday’s) budget, saying the local economy was facing enough challenges as it was.
Cllr Eddie Mulligan (FF) called on the Executive to think very carefully about any proposed Commercial Rates increase, adding that it was essential they didn’t view local businesses as funders of last resort, when all else fails.
“The many thousands of Waterford companies, small, medium and large, currently paying Commercial Rates, are in fact job creators and support major employment across the whole city and county,” he said.
“We had a very similar situation last year when a budgetary hole of circa €1.3 million had to be plugged. This Council must balance the annual budget by lobbying for sufficient Government funding, reducing appropriate expenditure and or widening the actual income generating base. Our hard pressed traders and businesses cannot be seen as the easy get out of jail free card!”
Speaking yesterday, Cllr John Cummins (FG) predicted that discussions on the budget would continue “right up to tomorrow evening’s meeting”, and said he was confident that “a deal would be struck”.
But he added: “The recovery is very tentative in Waterford, it remains pretty fragile in my view, and at a time when we’re embarking on a €17 million investment in enhancing the city centre, the pact is at one in feeling that even an increase of 1.2 per cent, which would be worth €350,000 to the body, is not commensurate at this moment in time.”
Mr Walsh told Councillors that there was a €1.2 million windfall in the budget, hence his request for a rates increase for 2017. Were the Council to fail to reach agreement on a budget, were agreement not reached in the wake of a second scheduled meeting beyond today’s, central government would have the right to abolish the Council. But Cllr Cummins added: “I really don’t believe it will come to that.”
He continued: “We’ve got to find €350,000, which we are still in discussion over, and agreement won’t be easily reached, but I do believe we’ll get there.”
Commenting on Commercial Rates, Cllr Mulligan said we needed to look to the medium and long term.
“Ultimately, there will be increased revenue coming on stream from the Michael Street development, the expansion of City Square, the subsequent occupation of currently vacant premises with independent City Centre retailers and more promised Foreign Direct Investment, such as West Pharma. These positive developments will add significantly to Commercial Rates income and we must not jeopardise that potential income, by being short-sighted.”
“All trade and industry sectors need to be welcomed in Waterford and have a sense that their, not insignificant, Commercial Rates contribution is actually being utilised to make Waterford a better place. What we are currently seeing are rates being used, year after year, as an emergency top up slush fund!”
Meanwhile, Waterford Chamber representatives have met with Waterford City & County Council to voice their concern regarding a potential increase in rates.
Commenting on the possibility, President of Waterford Chamber Laurent Borla said: “We are very concerned that there may be a decision made to increase commercial rates for 2017. Waterford Chamber believes this would not be a prudent decision for a number of reasons. Presently many of our members are telling us that they are experiencing only moderate growth and that consumer sentiment is still fragile.”
He added that while a number of businesses were recruiting new staff and helping to tackle current unemployment levels, they were also coming under a number of business cost increasing measures.
“Many businesses are investing in building the future economy of Waterford, most for the first time in a decade, however operational costs are already rising and an added increase in commercial rates could potentially fetter what is a fragile uplift for business. We are also in very uncertain times, with the real impact of Brexit and changes in the US for the global economy and in-particular for Irish based businesses yet unknown.”
When contacted, Waterford City & County Council Chief Executive Michael Walsh said he would not be commenting on the issue prior to the budget.