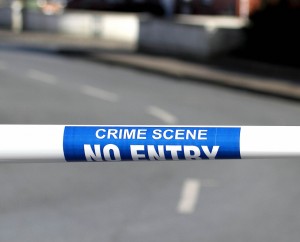 The recent increase of robberies does not constitute a 'spate' in such criminality according to Waterford Gardaí. | Photo: Noel Browne

Garda Inspector Anthony Pettit has brushed off a contention that the recent increase in robberies across Waterford city represents a systemic outbreak of such crimes.
“There is no spate of robberies, but there has been a recent increase in burglary (of commercial premises in particular),” Inspector Pettit told this newspaper in an emailed reply. “A number of arrests have been made in this regard. Any information regarding them would be appreciated.”
Bulletins issued from Waterford Garda Station of late have certainly included more robberies than what would be the relative, albeit unfortunate norm.
For example, one such release featured four burglaries between November 11th and 15th, on High Street, the Dunmore Road, Williamstown and John’s Hill, with Inspector Pettit adding: “At present we are not making a connection between these incidents.”
Early on Wednesday morning last (at 5.15am approximately), a cigarette machine was raided while alcohol was stolen from the Londis Store on the Cleaboy Road, after the front shutter of the premises was forced open.
This followed a similar forcing open of a shutter at the Amber Filling Station on Paddy Brown’s Road the previous Wednesday, November 16th (at 11.15pm approximately) during which cigarettes and cash were taken.
Later that afternoon, between 2.10 and 2.15pm, a male entered a premises on a coffee shop on Peter Street, during which the entrant produced a syringe and threatened staff. The incident left a female member of staff “shaken but not injured”, with Gardaí following a definite line of enquiry.
And inside four days, three vehicles were stolen across the city, again not believed to be connected, it should be stressed. At 3.30pm (approx) on Wednesday, November 16th, a silver Nissan Kubistar van (06 W 3830) was taken after the driver had briefly entered Waterford Shopping Centre, Lisduggan, and left the vehicle running.
On Saturday, November 19th, a grey Ford Focus (08 KE 7517) was stolen from the Kilcohan Shopping Centre car park, between 8.45pm and 11.25pm. The owner believes her car keys may have been taken from her handbag.
And between 6pm on Saturday, November 19th and 2pm on Sunday, November 20th, a red Honda quad bike (with a sprayer affixed to the rear) was stolen from a shed based on farmland at Blenheim Heights.
Fears in relation to city centre loitering also persist, with one prominent business on The Quay forced to lock its front door for over an hour on Friday, November 18th due to the presence of two main in their early 20s near the premises, one of whom appeared to be in an “agitated state”, according to staff.
* If members of the public see any activity which they may view as suspicious, please contact Waterford Garda Station on 051-305300, Tramore (051-391620) and Dungarvan (058-48600). If it’s urgent, the 999 line is always available, while the Victim Support line at Ballybricken is 051-305370.