"WE MUST PROTECT WITNESSES" 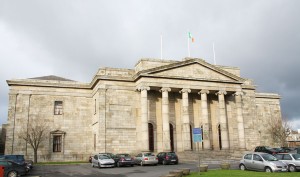 Greater safeguards for witnesses, including separate access points in the expanded Waterford Courthouse, must be delivered if criminal investigations are to lead to full court cases and successful convictions. That’s the contention of Metropolitan Mayor and Sinn Féin Councillor John Hearne.
Speaking in the wake of a case adjourned until the New Year, in which an individual was brought before the court under Section 6 of the Criminal Justice Act for using threatening, abusive or insulting words against him, Mayor Hearne said witnesses should be encouraged to come forward and submit evidence. And in that sense, he was no different to anyone else.
“If you take a leadership role in anything you do, you have to stand up; you have to take a lead,” Mayor Hearne told The Munster Express.
“I can’t go to people’s doors and say ‘you go to court, I’ll sit beside you’ – which I do – and then I myself back away from doing the same when things get tough. You have to stick it out, and that’s what’s it all about – you have to stand up. And when you’re dealing with thugs, which so many people in this city are, we have to be determined to stand up and be determined to see things true.”
Mayor Hearne also claimed that a “policing system that’s unwelcoming of witnesses” had to be discouraged, and that “every available support should be provided, to encourage people to come forward and make statements”.
Mayor Hearne said he “wouldn’t have any problem going back into court again…if I had to go in again tomorrow, I’d go. You can’t walk away from this kind of thing”.
He contended: “I’ve sat in police stations where Guards have spent two hours telling people not to come forward, and that their statements weren’t wanted. You can’t have a policing system that’s unwelcoming of witnesses – you have to encourage people to come forward and it’s our job as political representatives to get people to stand up to the plate. I think I was the only civilian witness in court the day I appeared, for example, and that surely shows that something in the system isn’t right, or at the very least, isn’t working as well as it should be: people aren’t coming forward the way they should because they don’t feel the protections are in place. They need support and that should start in the Garda Barracks and should then be part of the court system.”
Mayor Hearne stated: “There ought to be safe rooms in the court itself for people to sit in, so that they’re not barracked or intimidated. I’d a fella shouting ‘rat’ at me out there; witnesses should be looked after from one end of the process right through to the finish. People shouldn’t be getting exposed to this sort of carry-on the way they have here in the city for far too long.”
The Mayor said the provision of ‘safe rooms’ in the revamped Courthouse was an idea well worth flagging as works continue on the Catherine Street site. “People should be able to sit in a separate area before they have to give evidence and then be able to leave via a back door and go about their business, rather than be sitting there among people who could make a threat against you…
“I’ve sat in courtrooms where people have been flicking lighters and pointing at witnesses and subsequently those witnesses’ homes have been burned out. That can’t continue – all it’s doing is putting further pressure on people who are already in a very pressurised situation. This sitting cheek by jowl stuff, where witnesses and people brought before the court has got to end – it’s completely counterproductive and is adding to the trauma for people who may have been beaten up very badly in some cases.
It’s crazy. I’ve raised this before at Joint Policing Committees, and we’ve heard a lot of talk at those meetings about the way the judicial system just drags on and drags on and drags on – sure it’s an old story at this stage.”
Mayor Hearne commented: “Citizens should be coming forward with the encouragement of the police, at all stages. That’s an absolute must, and it’s a sure-fire way of ensuring we have less cases collapsing in the future, and, just as importantly, more convictions.”