Improved road ink to Limerick is "not a priority" 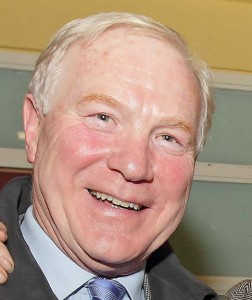 A LOCAL Councillor has criticised Transport Infrastructure Ireland (TII) and its “Dublin-centric boffins” for failing to act on the concerns highlighted through a motion recently passed by Waterford City & County Council.
Cllr Joe Conway (Ind) said he was hugely disappointed to learn that the upgrading of the N24 Waterford-Limerick road is not a priority.
A motion put forward by Cllr Conway in relation to the N24 was adopted by Councillors on October 13th last.
Cllr Conway raised the issue once again at the November plenary meeting of Waterford City & County Council when he asked if a response had been received from TII in relation to the motion.
Director of Services Fergus Galvin confirmed that a response had been received, but added that TII said the N24 is not a priority.
In the letter sent by TII in response to the motion, Natasha Crudden of TII said: “The Government’s capital investment plan, ‘Building on Recovery – Infrastructure and Capital Investment”, provides the financial and strategic framework for TII’s activities during the period from 2016 to 2021. The N24 is not included amongst those projects which have been identified for development during the period of the plan and, accordingly, the advancement of the scheme cannot be accommodated in the national roads programme at present.”
Commenting on this, Cllr Conway told The Munster Express that he was hugely disappointed and called on the “Dublin-centric boffins of TII” to think again.
He described the N24 as “the main connector between the gateways of Waterford and Limerick, as well as being the conduit for commerce between all of the South-East and the West/Mid-West.”
“The fact that it is not even included in plans up to 2021 indicates that no tangible improvement is likely for another decade,” he said.
“I see this as another layer of disadvantage laid down for Waterford and the whole South-East. I do not need to list once again the myriad of others.”
He continued: “If you Google ‘Accidents on N24’, you will find a chronicle of fatalities and maimings on this road over the decades past. It is not as if the road has suddenly become treacherous – it has been claiming lives and sundering families through living memory.
Moreover, the N24 possesses four out of the RSA’s 54 designated ‘worst bends in Ireland’. Add to that, communities like Mooncoin have 11,000 vehicle movements – many of them commercial – right past their schools, post office, credit union and church every day. From that brief résumé, it is clear that the Dublin-centric boffins of TII need to think again. They won’t, of course, until the appropriate political unguents are applied.”