Tramore residents are concerned about a recent planning application for 30 apartments at the former Stella Maris School on the town’s Pond Road.
The planning application is dated November 17th and according to the document running on local street signage as well as in newspaper advertising, a five-week period for public submissions as of the aforementioned date is now in play.
In response, it’s expected that a meeting of concerned residents will be held. 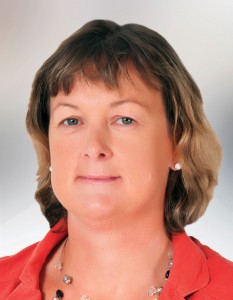 Previously, wishes had been expressed for its continued use as an education and learning institute, given growing pressure on the provision of school places in the town due to its growing population.
We understand that the Educate Together school in Tramore (open since 2014), which is also located on the Pond Road, is continuing to increase its staff numbers and is actively keen on securing a larger facility to meet the growing demand. A move to Stella Maris would appear convenient but we weren’t able to get a reply from the school as we went to press.
Residents in Pond Road contributed sums of money to the building of that Stella Maris School in the past. The planning application is in the name of the Religious Sisters of Charity.
The overall development will include internal alterations of the existing building, construction of an additional floor at roof level and extension of the building footprint, along with refurbishment of the existing building and alterations to all external elevations.
The development will provide for additional car park spaces, bike parking and site works.
Sister Mairead of the Sisters of Charity in Tramore referred us onto Clúid to see if we could establish if the project was designed for elderly residents: there have been moves by some local Councillors to secure sheltered housing for the elderly.
The Munster Express has clarified that Focus Ireland will be involved with Clúid in getting Tramore people off the housing list. Clúid will take over the building if there is a planning approval – while the nuns had commissioned consultants to prepare it for planning.
Clúid would acquire site after planning approval and funding, some borrowed and some state finance.
Focus Ireland will take responsibility for six out of the 30 properties, while the remainder will meet general family needs. Clúid’s new business director, Fiona Cormican, has stated that some older some younger males and females who qualify for social housing, will be income related and will include working people. Clúid will own all 30 properties and maintain them.
There will be a mix of older people, young singles and couples accommodated in the one and two-bedroom apartments according to David Niblock, Regional Manager for Focus Ireland in Waterford.
It will be a balance between older people (who are “low support”) and younger profile people on the housing list from Tramore area.
Mr Niblock said that the priority will be for those from Tramore to return to their home town and move from private rented accommodation in Waterford city, where there is now a shortage of accommodation. It will not be for people, who do not have a connection to the area, he confirmed.
David Niblock said he realise that there may be concern locally with respect to the development also said there maybe other private housing developments in due course.
Cllr Lola O Sullivan (FG) said she had some enquires from local residents on the matter and they were concerned about the density of the development.
She feels that 30 was too much for the area, and that lower density would work better in the area. Cllr O’Sullivan said that the projected expansion of local schools meant the building ought to retain some ‘overflow’ class function until further new school builds are completed, and as the Gaelscoil and Holy Cross histories indicate, these waits can prove lengthy.
Cllr O’Sullivan feels that residents are quite anxious on the matter given the feedback she has received.