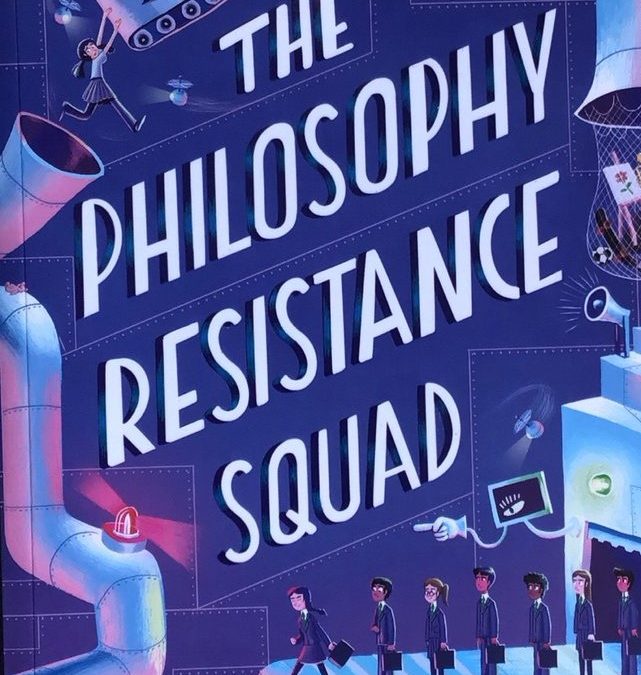 When I was asked to review a ‘book about philosophy’ for children, I was more than a little dubious. Not knowing what to expect, I imagined a book heavy on philosophical facts and ideas and wondered how children might be encouraged to engage with the book.

I certainly knew about the author Robert Grant but the last time I had cause to talk to Robert was many years ago when he excelled at basketball with De La Salle College and Waterford Crystal.

What I didn’t know is that Robert is a Doctor of Philosophy, having completed his PHD at Trinity College a decade ago.

An advocate of teaching philosophy in secondary schools, Robert Grant has been involved in many projects that promote philosophy in the community, in schools and in prisons where he has taught.

Aware from his experiences of how children engaged with philosophical ideas, how they became excited when confronted with problems that were meaningful to their lives, how they got absorbed when conversations ‘started where they were at’ rather than decided for them what they should find interesting, Robert decided to write The Philosophy Resistance Squad to introduce philosophy and philosophical ideas to a wider audience.

The book is a cracking read, combining a fast-paced adventure story with philosophical dialogue.

There are many ethical issues covered and this book is not only a superb read for children but is also a great for parents to read with their children.

I had a chance to catch up with Dr Grant recently who told me how The Philosophy Resistance Squad came to be written.

“The book took about two years altogether to write. Half of that time was during Covid, which actually was convenient because when we were shut down I had to finish the last few drafts.

I had made a documentary for RTE a few years ago but it was shown at around 11.30pm on a Tuesday night so unfortunately not many people saw it. A friend of mine who worked for a small Irish publisher called Little Island did see it and she thought it would a really good idea to do a ‘Philosophy for Kids’ book. I had written bits and pieces for newspapers and academic publications but nothing like a book for children and the publishers wanted at the start to do a top ten of philosophers ideas and themes, introducing Aristotle or Plato but I didn’t want to take that approach as it had been done before. I wanted to write something that might reach the kids who might not have an interest in philosophy already. I wanted it to be fun and enjoyable for them to read without even realising they were learning along the way. I wanted to write an adventure story but one that introduces philosophical ideas through dialogue, not telling kids what to think but showing them ways that things could be thought through.”

Aware of the perception of philosophy, Grant wanted to highlight the common everyday side to philosophy. Each chapter begins with a philosophical quote relevant to the upcoming chapter. “Philosophy has a bit of a weird reputation and it can be a bit alienating and intimidating for people. Imagine all these really old, wise professors sitting around talking about complex arguments and it is the case that philosophy does have that side to it. But there’s a real common everyday side to philosophy where we call have to think philosophically, we all have to consider issues. I wanted to make people realise that they can think about philosophy and its good and enjoyable to think about philosophy. My strategy going into the book was to try and explore philosophical issues without having to refer back to famous philosophers. I wanted to be starting where kids are at in the first place but I also wanted to pay homage or respect to traditional philosophy but I didn’t want to put in references after every idea in the story so I included quotes at the beginning of each chapter that might connect up with what was going on in that chapter. If children are enjoying reading it, that might spark an interest in them in finding about Aristotle, Plato, Descartes or any of the other philosophers I quoted.”

The Philosophy Resistance Squad was published last summer but has not been launched in-person because of the ongoing Covid-19 Pandemic. Meanwhile Grant was delighted to hear that there is a three-way bidding war in Korea for the publishing rights to the book. “Apparently there is a very strong children’s market in Korea so there will be a Korean version of The Philosophy Resistance Squad to look forward to soon but I would love to see as many children in Ireland as possible read the book also.”

The Philosophy Resistance Squad is stocked in the Book Centre and is a thought provoking read that encourages the reader to use their mind critically and creatively. 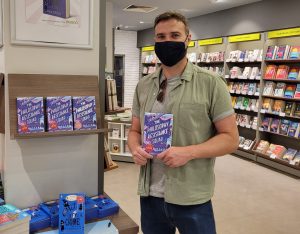