We got along to the Daytripper event on Sunday night last as top English group Madness put on a fantastic show, thrilling a huge Waterford crowd at the Gasworks, playing many of their hits in a 90-minute show.Prior to their arrival, the Frank and Walters from Cork played some of their old hits, including ‘After All’, a track made known to a younger generation by the ‘Young Offenders’ TV show. 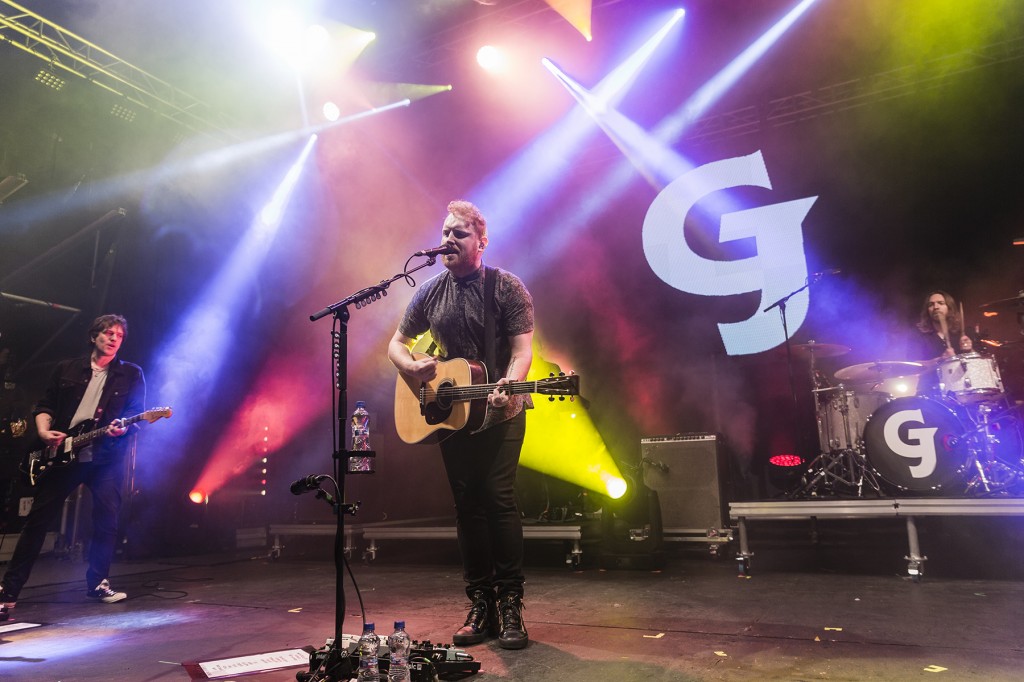 Gavin James went down a treat with the Daytripper audience on Saturday last. | Photos: Mick Wall

But the main event really was Madness (on their XL Tour) as professional as ever after almost 40 years of performing. They got all ages jumping up and dancing from the opening songs, starting out with ‘One Step Beyond’, with their brilliant brass section leading the cacophony of sound.
The tempo was strong for the opening 20 mins then eased off midway as they performed older lessen known tracks but they finished very powerfully with ‘Night Boat to Cairo’, much to the delight of those donning Fez hats in the crowd. These songs were preceded by ‘House of Fun’, ‘Baggy Trousers’, ‘Our House’ and ‘Driving in My Car’, which got the ground shaking in what was a brilliant atmosphere.
Other songs that went down well included ‘NW5 about London’, ‘The Sun and the Rain’, ‘Wings of a Dove’ and ‘Bullingdon Boys’. The band enjoyed their heyday in the Thatcher era when there much anger in Britain regarding unemployment and teen frustration, both of which were heavy influences on the Ska and Reggae eras. 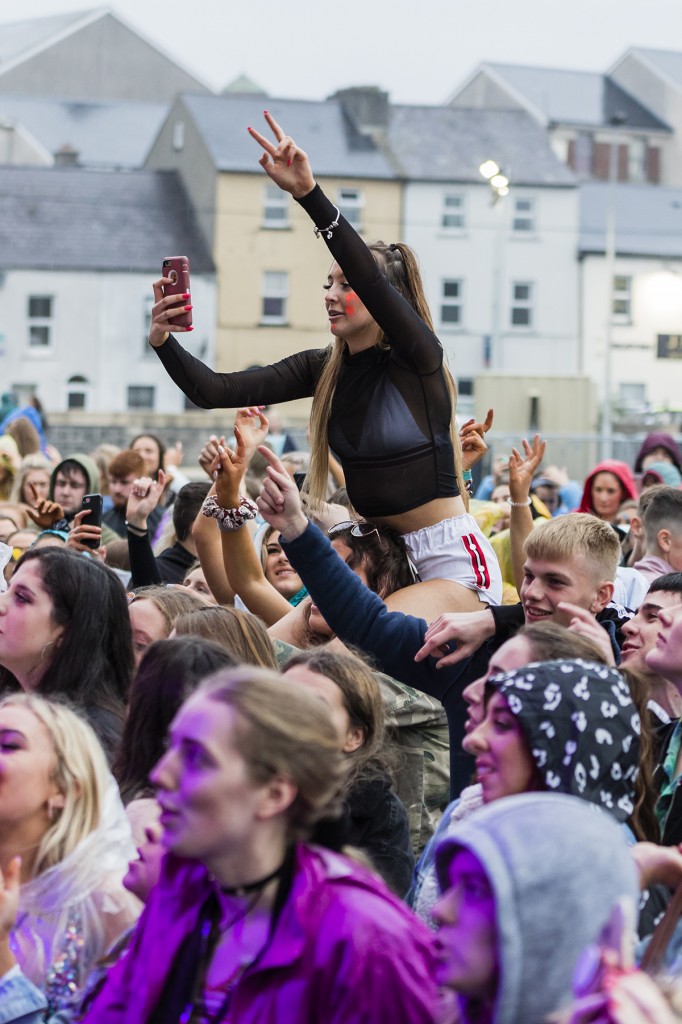 ‘My Girl’ went down well with the romantic couples in the audience as well as ‘Sun and the Rain’ and there were some great videos on stage explaining the songs of the different eras.
We were amazed at how so many of the younger age group enjoyed sounds as they were there with family and friends. It added to a great atmosphere, with the band noting such inclusiveness
There were about 2000 were there on the Friday for Jenny Greene and the RTE Orchestra, which attracted a young crowd. Gavin James attracted a similar attendance of mixed ages and there could well have been more in attendance had it not been for the poor weather and the all-English Champions League Final.Hudson Taylor were an excellent support with Brave Giants and Saarloos also playing super sets. The crowd had umbrellas and wet gear still enjoyed it with Gavin James meeting up with some locals afterwards. James is a bona fide friendly Dubliner with few if any pretentions despite becoming a big star in recent years.
Overall, there was general satisfaction with the music quality over the three nights with something for everybody.
The weather may not have been the best but thankfully the crowd turned out to support the event again, due to the quality of music on offer. There was no crowd trouble either over the three days, in what was a well organised event. Well done to all involved in another great city centre event.