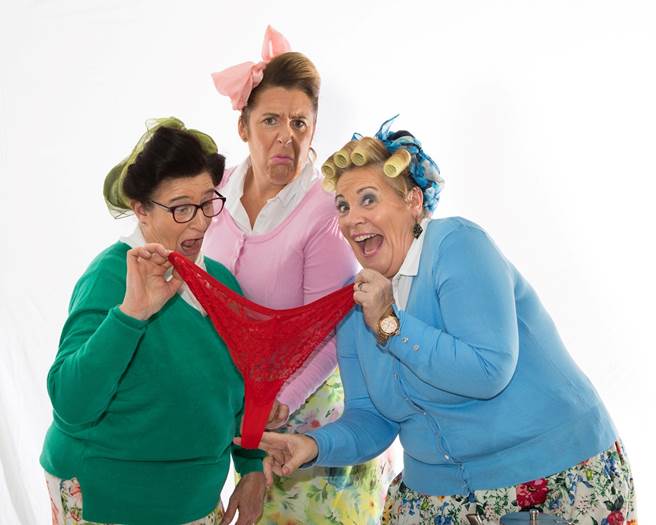 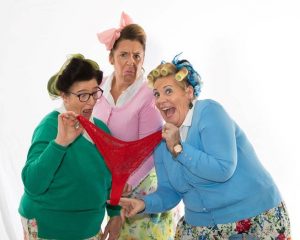 Dirty Dusting is at the Theatre Royal on Thursday, November 7th.

Dressing Room 1 Productions are thrilled to present a national Irish tour of the hilarious play , starring the inimitable Mary Byrne of X Factor. Dressing Room 1 Productions are proud to bring this hilarious show to nine venues across the country including Theatre Royal Waterford on Thursday November 7th.
Hold onto your seats, arriving with a bang this wild new comedy about a trio of 70-something cleaners face the axe…. Well instead of taking threats of redundancy lying down, these game girls set up a phone sex service and that’s when the fun begins!
These three girls will have you rolling in the aisles as they turn into ‘telephone belles’ – their bosses don’t know about it, their families would never guess and their very willing customers are none the wiser! Round up your friends for a hilarious night out starring X Factor’s Mary Byrne alongside Linda Mc Carthy, Nicole Banim Butler and David Delaney. The show is directed by Richard Mansworth, a Young up and coming Producer/Director who has already brought Peter Pan and Cinderella pantomimes to the stage with sell out audiences!
Be shocked, delighted and amused by the only chat-line girls with dusters, attitude and their very own bus passes! Pure theatrical Viagra? It probably is for those who might just need the real thing!
Crude? Yes! Funny? Absolutely! If you love Mrs. Browns Boys come and meet their match in this must-see comedy of the year!
Written by Ed Waugh and Trevor Wood, Dirty Dusting is directed by Richard Mansworth, with choreography by Ruth Maher.The show has enjoyed phenomenal success in the UK After enjoying sell out runs and over 25,0000 people having enjoyed the play.