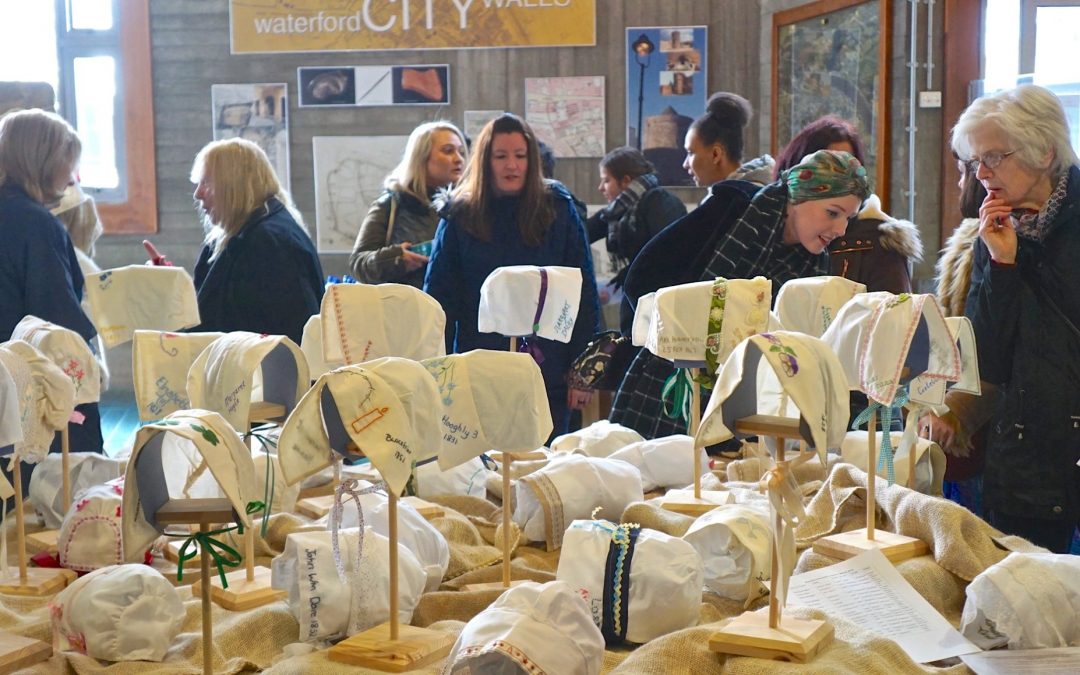 Waterford Women’s Centre, celebrating 25 years, since 1995, working with women and children in Waterford, presents the annual International Women’s Day Festival 2020.
Tomorrow (Wednesday) a Civic Trust Blue Plaque will be unveiled to the Daly Family at 11am in Arundel Lane where Mai, Debbie and their mother, Margaret Daly provided what was commonly known as a ‘Poor Man’s Café’. 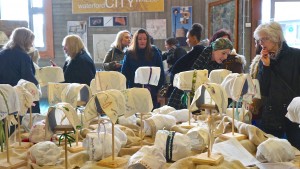 The beautiful handmade bonnets by women from Waterford Women’s Centre ‘Bonnet Project’ is part of the ‘Roses from the Heart’ exhibition at Waterford Library until March 27th.

Their clientele were the homeless men of the city, the out-of-work dockers and other marginalised members of society. For a few pence these men were not only fed but were welcomed and given respite from walking the streets on cold winter days.
In the early 1970s, when the sisters Mai and Debbie faced eviction, the community of Waterford City came out in mass to prevent a great social injustice being carried out and were hugely instrumental in preventing the eviction of these two selfless women from their home and business at number 5 Arundel Lane Waterford.
On Thursday 5th March the launch of the annual Women’s History Exhibition will take place in the Central Library, Waterford city at 11am to raise awareness of women’s contribution. The exhibition represents years of collaboration between Andrew Kelly, Kilmacthomas and Women’s Centre’s History Group Chairwoman, Ann Fitzgerald.
This year’s exhibition also celebrates 25 years of the Waterford Women’s Centre along with; the Daly Family, the Cockle Women, Rosemond Jacob, Dr Mary Strangman and photos from the ‘Women at Work Collection’ which was exhibited for the first time in 2019.
Included in the Exhibition are beautiful handmade bonnets, by women from the Women’s Centre ‘Bonnet Project’ facilitated by Liz Heffernan.
The bonnet exhibition is part of the larger ‘Roses from the Heart’ exhibition remembering Waterford women who were transported to Tasmania between 1788 and 1853. The exhibition will remain in the Library until the 27th March. On Sunday 8th March International Women’s Day the ‘Well Girl’ walk will take place on the Greenway to raise funds for the Women’s Centre. Starting at 11am from the WIT arena Greenway entrance and walking to Mount Congreve and back. Registration is €10 for adults (children are free) available online, through our facebook page; Waterford Women’s Centre NCCWN or at the event on the day. Sponsorship cards are also available from the Women’s Centre.