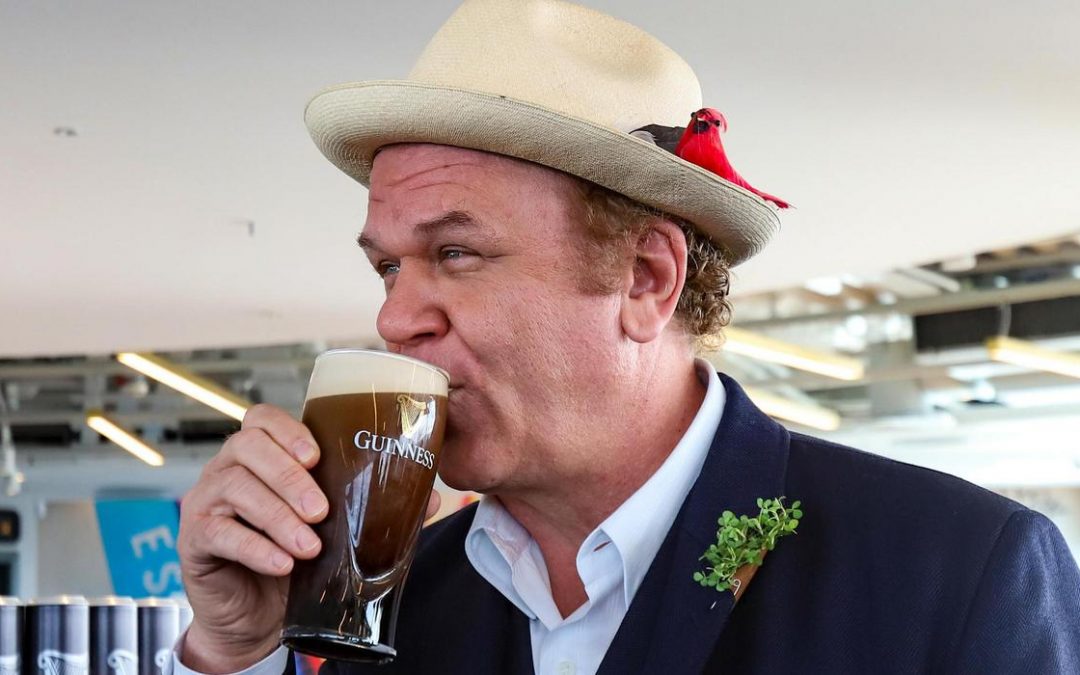 Acting legend John C Reilly was given the title of International Guest of Honour at the National St. Patrick’s Day Parade 2022. While at Guinness Storehouse’s Gravity Bar he talked about a range of things from working with other stars such as Will Ferrell to his own family heritage.

John grew up in an Irish-Lithuanian household in Southwest Chicago, in a predominantly Irish neighbourhood. John his childhood, and that when he was growing up, his father planned to take ach child to Ireland individually to allow them to fully experience the culture of where they came from. However John’s father died before they got to go to Ireland together, and so has spent a lot of time travelling Ireland to as many areas as he can.

John felt this year’s theme of ‘connections’ was very important. “With all the separation that we’ve had and all the isolation that we’ve had, it’s definitely something everyone’s craving, to be together again.” John said it was a great opportunity to “spread joy” during a difficult time in the world.

The original video can be found here: https://www.instagram.com/p/Cb7UIwSFphA/