Home » Entertainment » Events » Lindisfarne roll back the years at Tradfest

Lindisfarne roll back the years at Tradfest

World famous folk rockers Lindisfarne played a fantastic set at a packed St Patrick’s Cathedral in Dublin on Wednesday night last as part of the five-day Tradfest, which was primarily staged in Temple Bar.
A brilliant live band, the Newcastle Upon Tyne group played many of their great hits from the 70s and 80s, including ‘Lady Eleanor’, ‘Run for Home’, and most of the tracks from their acclaimed ‘Fog on the Tyne’ album.
We recall them playing at the Fleadh Mór in 1993, as did others from Tramore whom we met at last week’s gig. A seasoned fan and Geordie who had travelled from Newcastle from the gig told me he’s seen them dozens of times, and that they never disappoint. 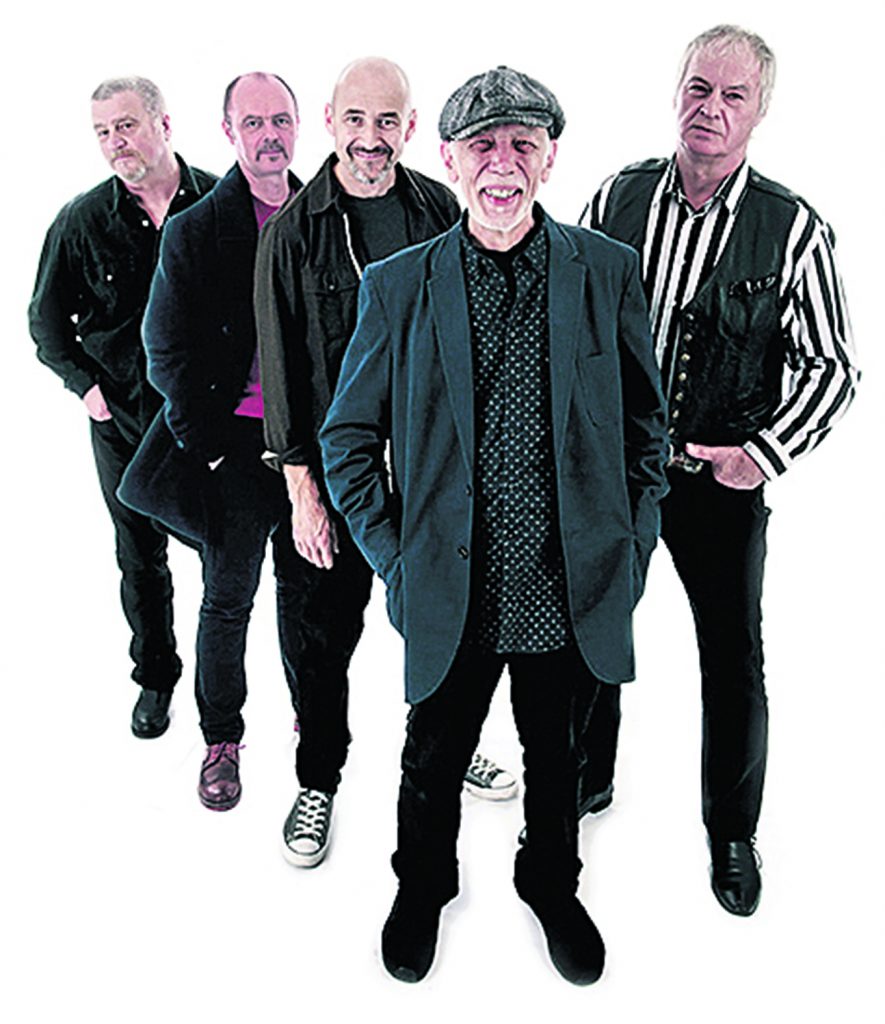 Lindisfarne played a great gig in Dublin last week as part of the Tradfest.

The acoustics of St Patrick’s and the accompanying lighting scheme added greatly to the enjoyment of the concert. And while the band line-up has changed over the years (long term lead singer, the genial Alan Hull died in 1995 aged 50), they sound as good as ever and has stories aplenty to share with the audience, with mandolin and fiddle player Rod Clements telling several great yarns.
A gritty, authentic group, during their set they sang about the Jarrow unemployment march to London in 1936 and how the North East of England has suffered much as traditional industries like shipping and coal declined. However, there’s been a rebirth of the region over the past 15-plus years, with tourism, education and services provide the glut of jobs today.
Among the best songs on the night were “January Song” and “Peter Brophy Don’t Care”. Young Dave Hull-Denholm sang with passion and there were crowd pleasers towards the end that had the 500 strong audience on their feet, singing along like old times as memories flooded back of when one first heard the group.A good story was told about a night out in Jesmond, where people stayed out after the pubs officially closed. This led to resident complaints, with the police arrested many punters, including a young Alan Hull. The experience provided him with the material for a new song! .
This was the first time in years that the band had played in Dublin and they loved it and we hope they will return for the sake of their ageing and not so old Irish fans. Prior to Christmas they played a sold-out Newcastle Town Hall and remain local heroes . A visit to Newcastle, a thriving music scene and a great city for a night out, never disappoints as we can recall from a few football match visits there.Full marks to the Tradfest team for bringing such a class group and other top acts to Dublin in recent years.