Many international acts for 2019 Spraoi festival 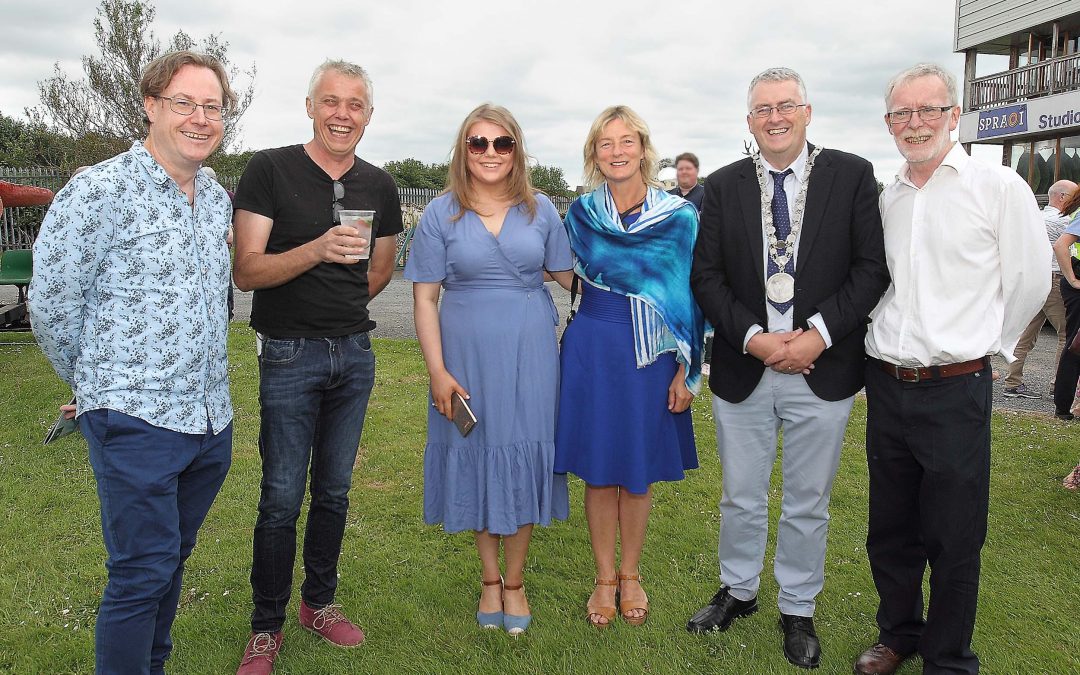 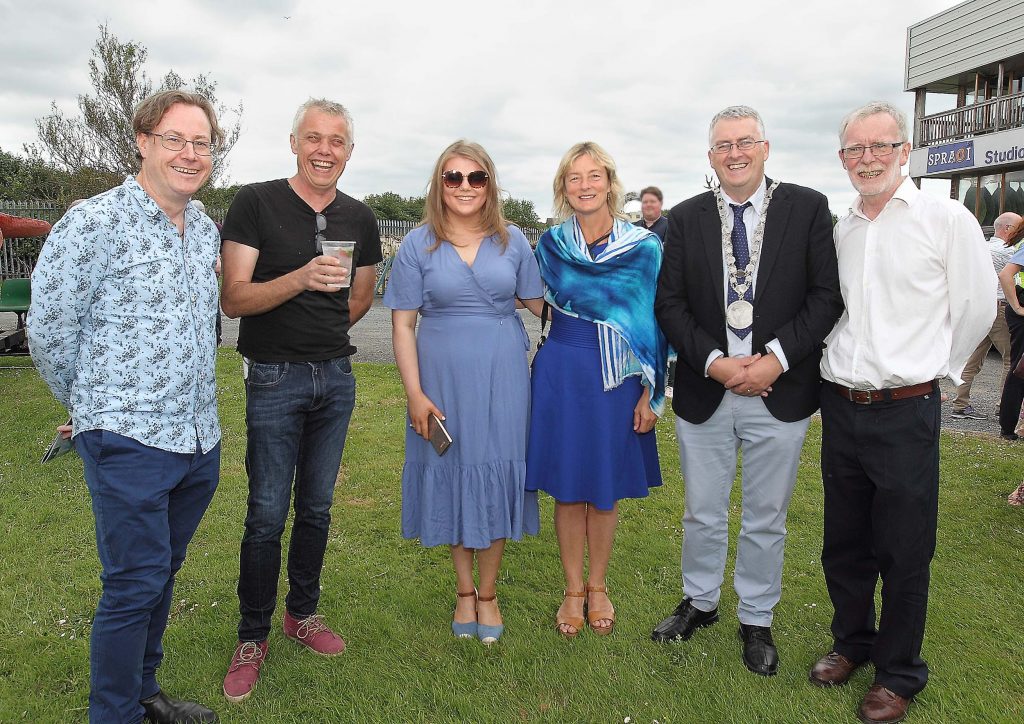 Last weekend, on a warm Friday evening, the annual Spraoi Festivla was launched.
Again it will be held on the August bank holiday weekend , despite competition from events elsewhere.
Being a free event it is much loved by the people of Waterford and this year again many international entertainers will be on hand to perform on Waterford streets, whether it be music, comedy or circus style acts.Former Spraoi volunteer and now new MEP for Ireland South Grace O’Sullivan was the guest of honour and speaker at the Spraoi studios headquarters close to Knockhouse and Carrickphierish.
She spoke about how much she enjoyed volunteering in the festival, even going around the streets with a bucket for donations to the festival and participating in the parade annually.
She got a great buzz from it, recalling the moment of the preparation down on Johnstown to the actual parade itself ,which was exhilarating and wonderful, afterwards. She would be tired but in another way did not want it to end as there was a great feel good factor.She wanted to be involved as she saw many street art and music festivals in the ports of Europe like in Barcelona, Lisbon and Marseilles, when she was on the Greenpeace ship and docking in the port . She was amazed at what they did there and was living in Holland at the time. Back home in Waterford in the early 1990s Spraoi had just started doing their own form of street festival, so when she moved back she was keen to get involved and participated. She always felt after the parade that it was over too soon, she marvelled at how Spraoi and Waterford are associated with the River Suir, which is also a special area of conservation, in the heart of the city it is important that it be a place of significance and good to see people along the river during the festival.
She was given a great round of applause as she was introduced as a former Spraoi volunteer by MC Jamie Dower, who did a good job on the introductions. He thanked the major sponsors, Irish Ferries, Waterford Council and the Arts Council, who contribute much to the festival.
Waterford Mayor John Pratt spoke on behalf of the council, ,who said that Waterford becomes the culture and arts capital of Ireland for that weekend.The festival has now grown with international acts making the journey here. It also attracts visitors from at home and abroad for this special weekend in the summer.
The city creates a magnificent spectacle full of colour and vitality. Mayor Pratt even suggested that Waterford is like the Research and Development centre for Arts and Culture that weekend with many creative ideas brought into fruition. He praised the artists, volunteers and members of Spraoi, as well as the sponsors and funders for making it happen in bringing this music, dance, street theatre and mini circus acts to the city.
It shows off Waterford in a great light, showing the city a good place to live and work.Jamie Dower noted how some of the larger businesses are coming on board as sponsors with Red Hat, pharmaceutical companies like Bausch and Lomb, plus others like Georges Court/ Carters, Clem Jacob Hire, SE2, also thanking the Gardai and Emergency Services.Another point mentioned was that they need more volunteers both young and old. There is great camaraderie too and all really enjoy it.
A new generation needs to be brought on board so that the next generation feel part of the festival, we also noted some new people attending and getting involved in the festival.
The Great Parade will again feature on the Sunday and followed by fireworks.
After the fine weather of last year, there will be special emphasis on free water stations and water points. so bring your own bottle and fill up , thus reducing litter on the streets. Mike Leahy, Spraoi Artistic Director was the final speaker and gave some insight into what we can expect at the event. He mentioned some old favourites like the New York Brass Group , who are here again, some other acts from Northern Ireland, like the Friendship Band. Another good one will be the Curious State theatre group who will do a pop up funeral shop!! The Traces Dance Ensemble will also put on a great show as usual. Keep an eye out for these. This is their tenth anniversary and are coming back to Spraoi. They combine dance with disability , in what is very unique.
City of Waterford Brass will be out and about also and will do a tribute to Abba.WAMA drummers from the home patch will also be out and about, doing rock techno and hip hop.The Sanofi school orchestra too and Barrack St. band on again. Brass will be big with even the Rebel Brass group from you guessed it Cork, they are a 15 piece teen group, mentored by New York jazz brass band, should be exciting. Brass and Co of Waterford will also make an appearance In the dance section Laura Ivers will be mentoring again and a big UK entity the Jolly Danes are coming as well as participants form France, Holland and even Slovenia.The street programme will see many international artists from over 7 countries.
Festival directors from several countries will be in Waterford during the weekend observing what is going to and looking at local talent too.