The Red Iron at Garter Lane 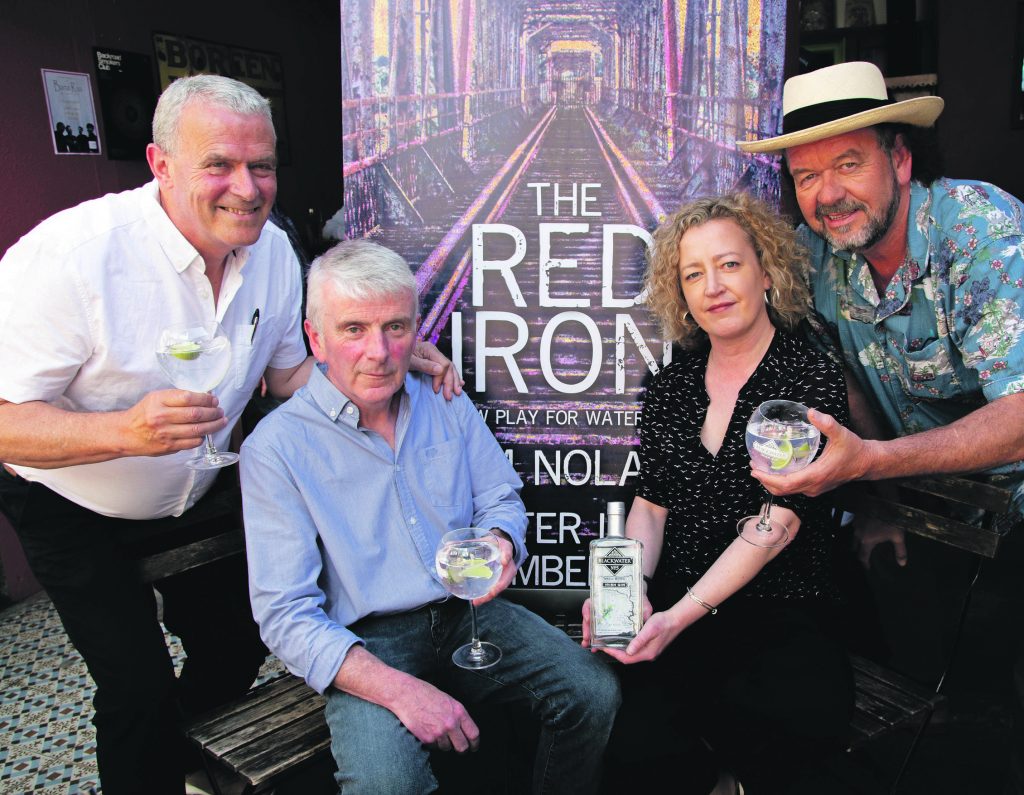 September 2017. As crowds gather on Waterford’s Quay to greet the county’s vanquished All-Ireland hurling team, the now middle-aged members of a teenage gang return to the city’s long abandoned Red Iron Bridge to remember their recently deceased friend.The revelation of events surrounding the former hurling star’s death and the unexpected return of a long-exiled associate unravel the cords that bind the gang and expose the fragile nature of a thirty-year old friendship.Although still in high summer, Waterford theatregoers will already be marking their winter diaries with the news this week that The Red Iron, a new play by local playwright, Jim Nolan, will open at Garter Lane Theatre in November.
Nolan is one of Ireland’s foremost playwrights and directors whose work has earned a distinguished place in the repertoire of contemporary Irish theatre. A former Writer in Association at the Abbey Theatre and a member of Aosdána, his award-winning plays have been presented throughout Ireland, in the United Kingdom, the United States and Canada.Since the premiere of The Gods Are Angry, Miss Kerr in 1985, Nolan’s work has enjoyed widespread support and affection in his native city and The Red Iron, set on the city’s iconic railway bridge in the aftermath of the 2017 All-Ireland Hurling Final, is sure to consolidate the playwright’s enduring bond with his local audience.At a press reception this week, Nolan revealed that the forthcoming production will have a special resonance for him with the announcement that The Red Iron will be mounted under the banner of Red Kettle Theatre Company.
Once one of Ireland’s leading production companies, Nolan was a founder member and former Artistic Director of Red Kettle but left to pursue a freelance career in 1999. The company ceased trading in 2014 and on its closure, Nolan acquired the trademark on the name but is keen to stress he has no ambition to revive the company on a permanent basis. “Although I’d long since departed Red Kettle, as a founder member I was saddened to see it close. I bought the name for personal reasons and with the vague intention of using it again on an occasional basis if the stars aligned. The Red Iron is a Waterford story told by a Waterford playwright and will be performed by Waterford actors for a Waterford audience. I think it’s a rich combination and it will be good to pull it together under the banner of Red Kettle.”
The Red Iron will run at Garter Lane Theatre from November 10-30. The production will be supported by a grant from Waterford Council and by sponsorship from Blackwater Distillery.
The producers of The Red Iron have set up a crowdfunding campaign on Fundit which will enable supporters of Jim’s work help bring the play from the page to the stage for as little as €10. The Fundit page went live last week and within 36 hours was forty per cent funded. You can help fund this exciting new production for as little as €10 by visiting https://fundit.ie/project/preview/the-red-iron-by-jim-nolan