Home » Entertainment » Mother's Day: Because She's Really Worth It

Mother's Day: Because She's Really Worth It

“God could not be everywhere, and therefore he made mothers.” – Rudyard Kipling
Last week’s episode of RTE’s ‘The Young Offenders’ proved unexpectedly emotional, telling us, as it did, in quite an entertaining and convolutedly comedic manner, that mothers are very special. As the son of an Irish Mammy – and yes, the clichés about the relationship between us lads and our mams are largely true – I’ve never concealed my love and admiration to my mother. And why the hell should I? Stuff that tough man, stiff upper lip malarkey. We really should tell those we love that we love them. And we should do it every day and mean it each and every time we say it.
The aforementioned love and devotion I referred to applies to both my glorious Grandmothers (bless them both), whom I was fortunate to spend a great deal of time with during my childhood.

Not everyone in and around my age has been so fortunate in that respect, and, as middle age draws increasingly closer, I reflect on my time with both of them with enormous levels of gratitude. They really were two splendid ladies, products of a generation that experienced hardship in a manner largely and thankfully alien to most of us ‘youngsters’. And what they didn’t have in their own childhoods, they did their best to bestow on each and every one of us. They both left a lovely imprint, and I’m forever grateful for what they did for me. Sunday, March 11th is Mother’s Day in this part of the world (it’s May 13th in the United States while in France, the ‘Fete des Meres’ falls on the last Sunday in May). The date is linked to the Christian Calendar and falls on the fourth Sunday of Lent in both Ireland and the UK.
The celebration of mothers is referenced in Greek mythology, when festivals were held each Spring in honour of Rhea, the maternal goddess, who was believed to be the mother of other Greek Gods.
Of course, the Romans could not be left out of such celebrations either and in 250 BC (approximately), they created Hilaria, a three-day Spring festival held on the Ides of March, which was dedicated to the goddess Cybele. During the festivities, parades were staged and many games were played. And knowing the Romans, there was probably a little more merriment had during that particular hoolie. Fast forward to England in the 1600s, when ‘Mothering Sunday’ came into being, it became associated with the fourth Sunday of Lent, and, in our part of the world, it’s stayed there ever since.
The tradition didn’t reach the United States (well, partly anyway) until 1870 when a poet named Julia Ward (who wrote ‘The Battle Hymn of the Republic’) advocated for a day of peace, which the city of Boston dedicated to mothers on the second Sunday in June. But the establishment of the American Mother’s Day celebration is traditionally associated with Anna Jarvis, whom, while never having a child of her own, wanted to honour her own mother’s wish to see a day instigated for mothers/moms/mammies.
And she got her wish on May 8th, 1914, when then American President Woodrow Wilson signed a joint resolution which designated the second Sunday in May as Mother’s Day on the far side of the Atlantic. And the Yanks have been doffing their caps to their Mommies ever since that particular weekend. 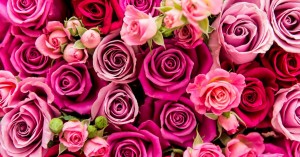 According to the internet, which is let’s face, it never wrong, a quarter of all flowers purchased globally are bought for Mother’s Day. A further quarter must surely be bought by apologetic or forgetful men but that’s a feature editorial for another edition – so back to our Mammies. By the way, did you know that the word for mother in most languages begins with the letter ‘M’? There you are, now! And Irish Mammies, be grateful that you’re spared what befalls mothers in the Balkans, where children traditionally tie up their mothers and leave her bartering for freedom as children request gifts by way of a release clause!
Of course, it shouldn’t require a specific date in the calendar, be it established by the Church or a marketing company, for any of us to spoil either parent or guardian.
And it’s always best to remember that while your mother may well have an established set of favourite things, be it a night at the theatre, a book voucher, the aforementioned flowers or a day’s pampering – hair, nails, the whole nine yards – never underestimate the power of a surprise. Putting some thought into the gift really does go a long way and remember who you’re buying it for. The woman who brought you into the world, and in some instances has never stopped feeding and clothing you ever since (remember all that washed sports kit for example) is your one and only. There’ll never, ever, be anyone like your Mam. So come on then: take some time out after work, make a list, and put some decent, indeed some considerable thought into your Mother’s Day gift. Because she’s worth it.