In the Fast Lane

Derek ‘Buttsy’ Butler on his ‘Fast & Furious’ career
Derek ‘Buttsy’ Butler has come a long way from the nights spent careering his motor up and down the Port Road during the Celtic Tiger/Modified Motor Enthusiast years.
“It’s crazy,” the Hillview native admitted. “It’s mad to believe that a little lad from Waterford is now travelling the world with this big circus.”
The big circus in question is ‘Fast And Furious Live’, the indoor arena stunt show which, according to its promotional material, “takes audiences closer than ever to the films”. 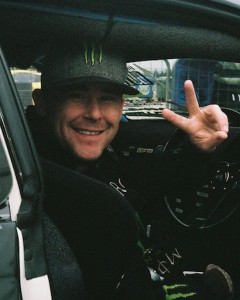 And among the 11 drivers currently wowing audiences across the globe is Buttsy, who described the auditioning process as “something else”.
He commented: “There were over 2,000 applicants, from which 11 drivers were picked, and I’m one of the lucky few that’s now on the Universal pay roll, travelling the world with this show, which is currently touring Europe (having already visited London, Antwerp, Vienna and Cologne). Year one is taking in Europe and after that, everything will be shipped lock, stock and barrel for a year and half tour of the United States, so it’s a massive event to be part of, and sure I’m thrilled to be involved.”
So how did Buttsy get involved in this globe-trotting series? “A friend of mine from Northern Ireland, lead driver Chris Burns, he was a stunt driver on ‘Top Gear Live’ and one of the guys who’d been involved in that show, Roland French, came up with a storyboard for a Fast And Furious live show, and it’s been about five years in the making. So Chris messaged me about it, wondering if I knew anybody who might be interested in being a driver in the show. And I was interested right away, so I went for an audition, and beforehand I had to meet with the directors, get interviewed, I got asked about my past and so on.”
Buttsy added: “And then the next part of the process was the actual driving audition at a rally school, at which we had to drive both a front wheel drive and a rear wheel drive car on gravel. We had to look at a map of a course beforehand and then ‘drift’ around the course; now I hadn’t done a ‘J-Turn’, which is a flick in a front wheel car since I was 18 – in my parents’ car in Tesco’s! And then the third audition was in a hall at the NEC in Birmingham, by which time we were down to 32 drivers and there were 10 Lexus rear wheel drive cars and six or seven Honda Civic front wheel drive cars. So we had to choreograph a piece, then drive in the arena and at the end of that particular day they named 10 people to stay back, so I headed off to the hotel I was staying in and just assumed I hadn’t made the cut, but that wasn’t the case at all: but those 10 were actually told not the come back the next day. So that meant I was down to the last 22 and we were then paired off with other drivers and had to choreograph a piece together and drive in sync. Luckily enough, I was paired off with a driver from Fermanagh, Jonathan Irwin, and the two of us smashed it, we both ended up making the final 11. And that was a real blast!”