Music Magic on the Folly

Massed Band Concert part of 1848 Tricolour Weekend
The annual Waterford City Massed Band Concert takes place at the Sacred Heart Church, The Folly, this Friday evening, October 12th (8pm) and promises to be another special night of top class entertainment in our City of Music. The brainchild of Ger O’Brien, the event has become synonymous with a big sound, bringing together a 100-strong band under the Musical Directorships of Mark Fitzgerald and Julie Quinlan, aided by the vocal talents of Donna Roche and David Flynn. With WLR’s Oliver Carroll once more acting as Master of Ceremonies on the night, the concert will, as Ger himself proclaimed “will take the audience on a musical rollercoaster of emotion that will lift the spirit.” Waterford’s concert, brass, marching, bagpipe and flute bands, along with the Waterford string ensemble and an experienced Rhythm Section “will unite to pull at the heartstrings, rubber stamping Waterford’s status as the ‘City of Music’,” Ger added. 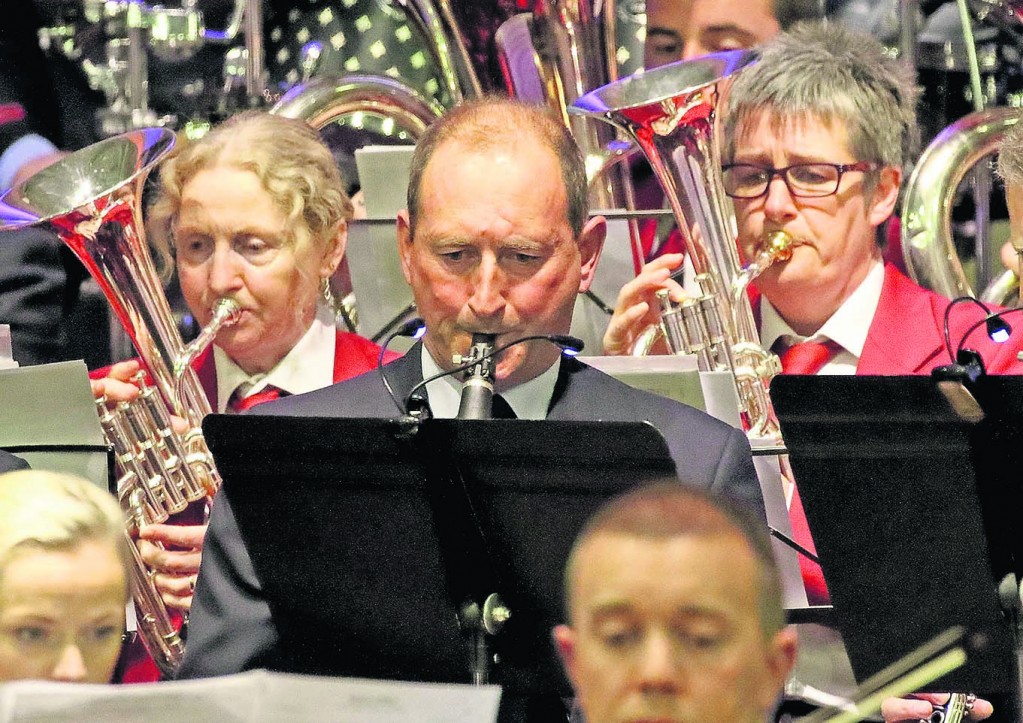 The Waterford Massed Bands Concert takes place this Friday night as part of the 1848 Tricolour Celebration.

The concert has always featured a fundraising brief, and this year’s staging is no different in this instance, with three further local causes benefiting from Friday’s concert, namely Waterford River Rescue, Waterford Epilepsy Support Group, and the Meals on Wheels service based at Lady Lane House. The concert will also act as the opening ceremony for the rescheduled 1848 Tricolour Weekend (postponed last March due to the Arctic squall), with the Tricolour to be raised with full military honours at the Church. Patrons are advised to purchase their tickets before Friday and don’t forget to bring a cushion with you if you so choose, so that you can enjoy the evening in optimum comfort! Ger O’Brien advises that some special guests will be in attendance this Friday include Waterford City Massed Bands President Steve Walsh MBE, who has spent 26 years as Head of Production at the Royal Edinburgh Military Tattoo.
This weekend, the 1848 Tricolour Celebration committee is launching a new lecture series as part of the event, a move which is hoped to become a regular annual feature. Taking place this Saturday, October 13th at the Waterford Museum of Treasures, the following speakers will be speak on a range of relevant topics at the free morning event. From 10am to 10.40am, Noel Whelan, barrister, journalist and author will address ‘The Legacy of Meagher and Modern Ireland’. A well-known commentator on political and current affairs, Whelan writes a weekly column in The Irish Times and is also synonymous with the Kennedy Summer School in New Ross. From 10.40am to 11.20am, Dr Jennifer Kavanagh (WIT Law lecturer and constitutional expert) will speak about ‘Waterford and the Constitution of Ireland’. Dr Kavanagh is a regular contributor on radio and television on current and legal affairs and has authored ‘Electoral Law in Ireland’ and ‘Constitutional Law in Ireland’.
And from 12pm to 12.45pm, Professor Padraig Ó Macháin will discuss ‘The Memoirs of General Thomas Francis Meagher: from manuscript to print’.
Mr Ó Macháin is Professor of Modern Irish at University College Cork and a native of Lismore who co-edits and publishes An Linn Bhuí: Iris GhaeltachtnanDéise. He will speak about Michael Kavanagh’s famous biography of Meagher at the end of what’s set to be an insightful morning.Places are limited by number, to approximately 80 attendees. To register for this free event, check out eventbrite.ie for further information. Tickets for Friday’s Massed Bands Concert (priced €10) are available at Menders of Colbeck Street (previously known as City Jewellery Repair), Cahill’s (Main Street, Tramore), along with participating bands and charities.