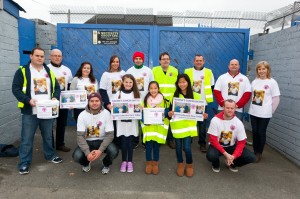 Pictured is some of the bucket collectors outside Walsh Park for the SHC final on Sunday 18th October. An amazing €2,890 was raised on the day!!