Perpignan, well worth a visit

Perpignan, a city with a population of just over 122,000 is a southern French city near the Mediterranean coast and the border with Spain.
Though settlement in the area goes back to Roman times, the medieval town of Perpignan seems to have been founded around the beginning of the 10th century.
Historically, it was part of the region known as Septimania. In 1172 Count Girard II bequeathed his lands to the Counts of Barcelona. Perpignan acquired the institutions of a partly self-governing commune in 1197. French feudal rights over Roussillon were given up by Louis IX in the Treaty of Corbeil.
When James I the Conqueror, king of Aragon and count of Barcelona, founded the Kingdom of Majorca in 1276, Perpignan became the capital of the mainland territories of the new state. 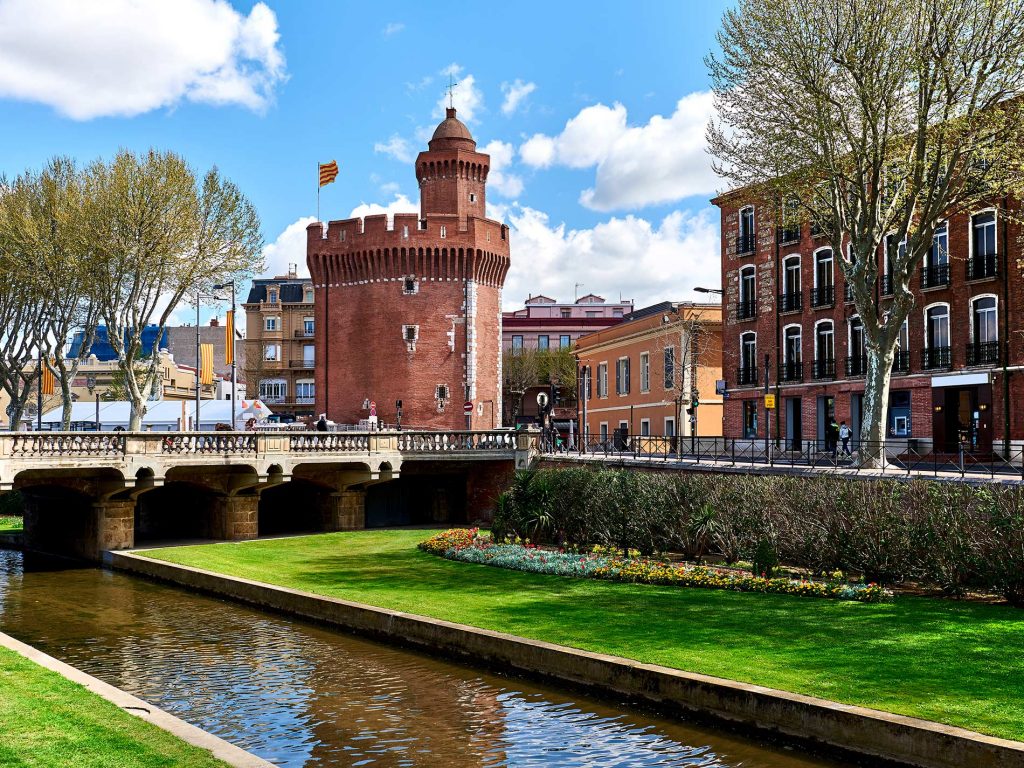 Perpignan, a beautiful city to visit

In 1344 Peter IV of Aragon annexed the Kingdom of Majorca and Perpignan once more became part of the County of Barcelona.
A few years later it lost approximately half of its population to the Black Death. It was attacked and occupied by Louis XI of France in 1463; a violent uprising against French rule in 1473 was harshly put down after a long siege, but in 1493 Charles VIII of France, wishing to conciliate Castile in order to free himself to invade Italy, restored it to Ferdinand II of Aragon.
Again besieged and captured by the French during the Thirty Years’ War in September 1642, Perpignan was formally ceded by Spain 17 years later in the Treaty of the Pyrenees, and from then on remained a French possession.There is much to see in the city including its most famous landmark; Perpignan Castle where the views stretch to the Pyrenees and as far as Andorra.
The castle really dominates and is well worth the walk uphill.
There are great tapestries to be seen while long hall ways add to a great medieval atmosphere.The city itself has a canal running through it and nearby is the fine walled city, 10 minutes from the station and the hotel Centre del Mons.
We liked the Galerie Lafayette and nearby is a great fruit, spice and vegetable market, where locals meet and have morning coffee. It is also lively in the evening near there too, with a theatre offering live music, a good Irish bar in old town called O’ Shannons, where we met an interesting New York jazz musician who lives in Perpignan off season.
Food wise there are great choices.
Try Cafe Vienne for reliable food and the Tropical Restaurant on Rue des Lices. Inside the old town it is lovely to ramble around the narrow streets, there is a famous old “Job” paper factory. This is built in an art deco style as are a number of streets, where they made cigarette roll papers.Nearby is the fine Rigaud museum, see the Rodin statue, also the strong permanent exhibition, see Dufy paintings, some Picasso and Matisse.
The sea is not far away but why not go inland by car, bus or train to see the famous vineyards of Languedoc/Roussillon.
Heading towards Maury, you will see acres of vineyards surrounded by hard grey rocky hills. You are now close to the Corbiere National Park, where you will be captivated by gorges, river valleys and view points, it would remind you of the Burren at home with vineyards in the valley.
The land is not easy, yet the vines are tough and grow well here in the intense summer, spring and autumn are the best times to visit.
There are many heritage sites and castles to see. The English are beginning to buy some vineyards as are other north Europeans, see also some unique aqueducts from roman times. Prices for tourists are much less than the Riviera region. You will not be disappointed. See the Perpignan website for annual festival details, like jazz and music festivals and also pyrenees-orientales for brochure Stay at Centre del Mons near the station.
Get to Perpignan with Aer Lingus direct from May to September or with Air France via Paris CDG or Ryanair via UK.
To WIN a TWO NIGHT stay in France see this week’s edition of the Munster Express newspaper