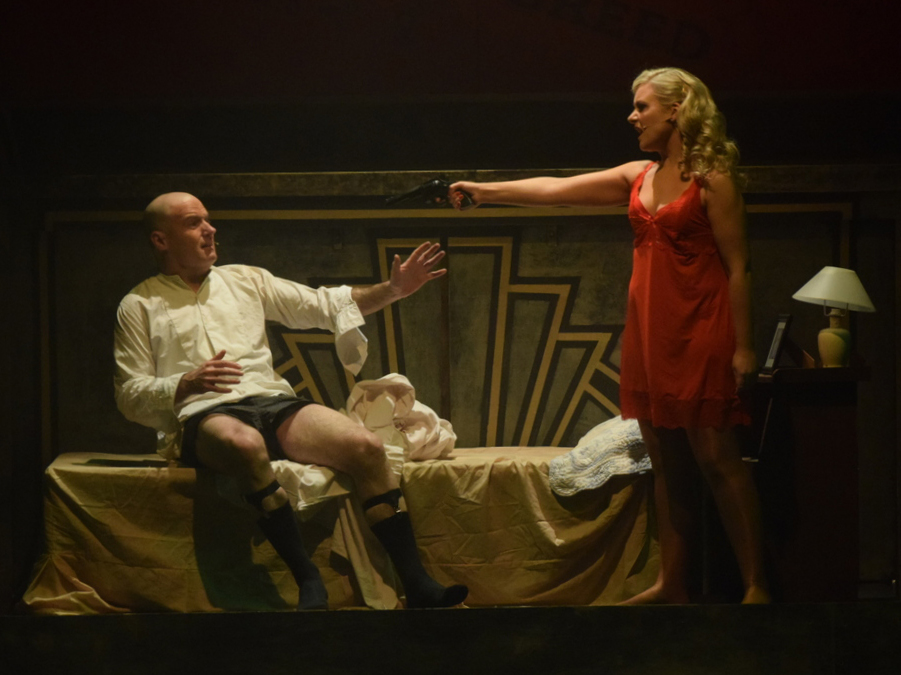 Carrick Musical Society strike gold with ‘Chicago’
Strand Theatre audiences were treated to a story of ‘murder, greed, corruption, violence, exploitation, adultery and treachery’ during Carrick-on-Suir Musical Society’s triumphant staging of ‘Chicago’ over eight sold-out nights. A thoroughly slick albeit slow burning opening act was the precursor to a riotously entertaining Act II, which superbly exploited the gifts of every on stage performer, the orchestra under Fergal Carroll’s baton while brilliantly showcasing John O’Donoghue’s set. 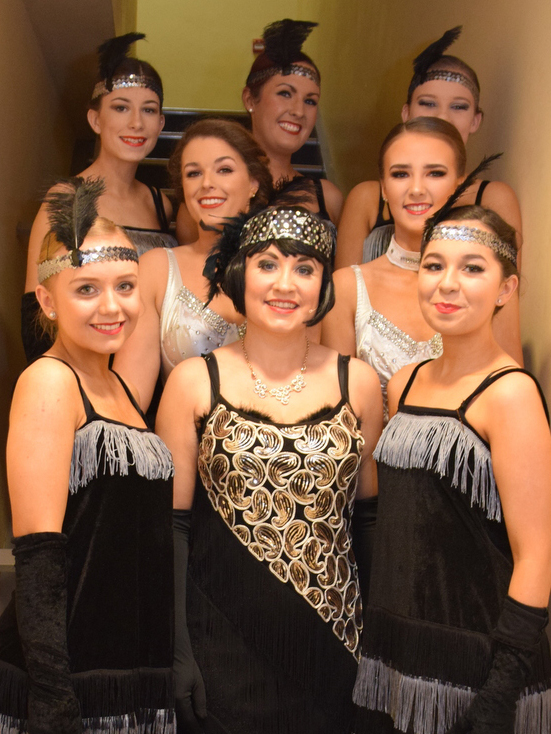 Liam Butler’s direction elicited a plethora of excellent principal performances, both from established and returning players, but also from among those whom a layperson might label as a minor cast member.
From this observer’s perspective (and with my acting hat on), there may well be larger, more demanding roles in a play/musical/pantomime, but there is no such thing as a minor performer.
A cast worth its salt, wringing every drop from each line, lyric, step (a stunning credit to choreographer Edel Quinlan) and mannerism is one that sells its paying audience the story from first moment ’til last. It’s also the greatest possible tribute a cast can pay to its production team.
Months of planning, script read-throughs, dance, dialogue and chorus rehearsals (the latter under the watch of Eamon O’Malley) were, as has long been the case in Carrick, put to the best possible use during this darkly humourous tribute to the Vaudeville age. And as supporting acts go, the set itself, which was a hell of act to follow given what ‘Into The Woods’ demanded last year, complemented the story from both a stylistic and practical perspective.
The delivery of John O’Donoghue’s vision by the set construction team, a credit to production manager Martin Morrissey and stage manager Michael O’Hara, contributed so much to the telling and selling of the story, culminating as it did to such ‘rouge-unfurling’ effect in the closing moments of the show.
Playing the show’s protagonists, Sandra Power (Velma Kelly) and Louise Mulcahy (Roxie Hart) were, unsurprisingly, terrific foils for each other, as their oil and water relationship slowly bubbled towards a bill-sharing détente come the show’s final scene.

Roxie (Louise Mulcahy) is about to send Fred Casley (Dennis Barry) in Carrick-on-Suir Musical Society's production of 'Chicago', which ran for eight nights at the Strand Theatre. | Photos: Joe Cashin

They both sang and danced with gusto and looked so thoroughly at home and wholly invested in their respective roles. Tending to their legal demands, Niall Bourke (who shed almost 26 years of hair growth to play Billy Flynn!) looked every inch the huckster lawyer and clearly had a ball as he orchestrated – and manipulated – both the protagonists and their ‘collateral damage’. Chief among those Flynn walks over, Caolán Deehy-Power won the audience over in his delightful portrayal of the hapless, pathetic Amos ‘Mr Cellophane’ Hart. His was another performance that brimmed with enthusiasm for the material, as was Chris Hanlon who did so much with so relatively little in his scene bridging role as the Master of Ceremonies.
Multiple award winner Irene Malone was typically on the money, both comedically and lyrically as Matron ‘Mama’ Norton and ‘Class’, her Act II duet with Sandra Power, proved the show’s vocal highlight for me. Indeed, it couldn’t have been more suitably titled. David O’Donovan was an utter delight as reporter Mary Sunshine and the ‘grand reveal’ of his character towards the end of the show audibly surprised many in the Dick Meany Auditorium: exactly as it should have been! David is a terrific talent and a name worth looking out for. The choreography of ‘We Both Reached For The Gun’, the metaphor-heavy Act I life-size puppet show with the ensemble literally dangling from stage ceiling bands as Messrs Bourke and Mulcahy hammed matters up beautifully from centre stage, was a visual treat.
So too was the show-topping, side-splitting Courtroom Sequence in Act II, which also showcased the fantastic array of costumes assembled for the show by Breda Butler. ‘Chicago’ looked as good as it was orchestrated, acted and produced. Sandra Power and her fellow ‘Merry Murderesses’ of the Cook County Jail (Aisling Healy, Sarah Power, Tarryn Attlee, Siobhan Grace-Regan, Sheridan Brady and Siobhan McCarthy) injected huge energy and gallows humour into the ‘Cell Block Tango’. With fine support from the ensemble during the number, the murderesses exuded sexy menace and prowled the stage with intent throughout the show.
Similar to Chris Hanlon and David O’Donovan, Dennis Barry made hay with a fistful of grass as Fred Casley, Roxie’s doomed lover, and it was great to see as natural a comic as Dennis back on the Strand stage.
Weaving gymnasts Vera Lambert and Molly Hogan into several set pieces was an unanticipated touch of choreography but made for an astute fit, all the more so in terms of delivering something that a Carrick audience hadn’t previously seen.
The supporting performers, who also provided hearty choral support from the wings included Declan Smith-Robinson, Fergus Power, Jim Kennedy, James Dowley, Tom O’Dwyer and John Power, the latter providing terrific comic relief during the Courtroom Sequence.I must confess that ‘Chicago’ wouldn’t feature in my personal list of top 10 musicals – but what do I know given that it’s now Broadway’s longest running revival!
Indeed, it might not even be in my top 20, but I parked my preconceptions outside the theatre prior to taking my seat and settling into the performance: I suspect those notions have long since gusted up the hill and beyond Carrickbeg itself! Apart from attending the show itself, discarding my previous notions about ‘Chicago’ was the best decision I made last Wednesday night. This was a terrific production, one whose barnstorming second act left my palms reddened such was my repeated applause. Some 117 productions in (19 of which I’ve proudly appeared in), Carrick-on-Suir Musical Society keeps knocking it out of the park. Keep ’em coming, folks!