Seville was selected by Lonely Planet as the top city to travel to in 2018.
During a recent visit to the Spanish city, it was clear to see why the capital of the Andalusia region attained such an honour. The city is the sun-soaked cultural capital of southern Spain and, impressively, is home to three different UNESCO World Heritage sites.
If you seek more from your Spanish holiday than simply lounging on a beach or by a poolside, Seville presents an abundant array of cultural delights guaranteed to satisfy all interests.
The Plaza de España is one of the city’s highlights and its lavish proportions are truly breath-taking. It was constructed for the Ibero-American Exposition of 1929 (Expo 29) which was hosted by the city. 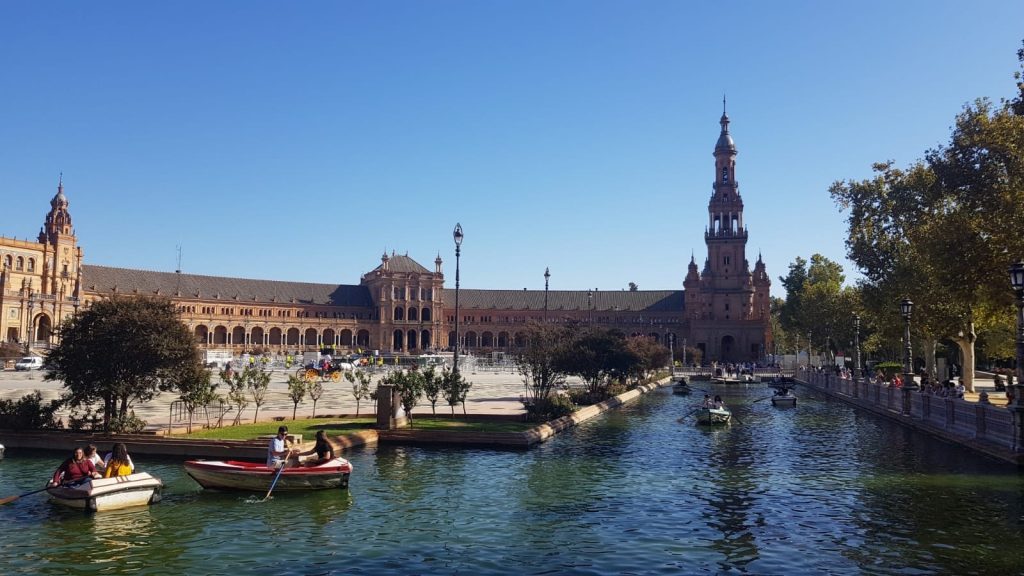 Visitors can enjoy a boat trip along the 500m canal at the Plaza de España.

Many elaborate buildings were specifically constructed for the event – with the Plaza de España being the opulent centre piece of the exhibition.Expo 29 was aimed at showcasing Spain and its many achievements and sought to reignite a sense of national pride and extend a warm welcome to the other nations of the world with which Spain shares history and heritage.
Murals celebrating the different provinces of Spain are featured throughout the plaza on ceramic tiles.
A popular ritual for Spanish tourists is to have their photographs taken on the bench in front of the mural which depicts their home province. The Plaza de España, which has been used as a setting in major movies including Star Wars, is undoubtedly a romantic location and newly married couples can regularly be seen posing for wedding photographs.Visitors can also hire a small boat and take a trip along the 500-metre canal which traverses the plaza and includes four bridges which represent the ancient kingdoms of Spain: Castille, Aragon, Navarre and Leon.
Some of the nations in attendance at Expo 29 also constructed their own pavilions to display their exhibits and these can be observed throughout Maria Luisa Park.
Visitors can enjoy a horse and carriage tour through the attractive park which includes numerous ponds, fountains, carefully manicured gardens, and grand boulevards.
For tourists seeking to get their bearings on arriving in Seville, the City Sightseeing Sevilla Hop On – Hop Off Tour (www.city-sightseeing.com) is highly recommended.
The tour is offered in 16 languages and includes 14 stops around the city.
Sites of interest such as The Royal Alcázar, La Giralda (Bell Tower), Catedral de Sevilla and the Torre Del Oro (The Gold Tower) can all be accessed easily from the bus route.
The river walk Paseo Alcalde Marqués del Contadero by the Guadalquivir River is an ideal location in which to enjoy a relaxing stroll. 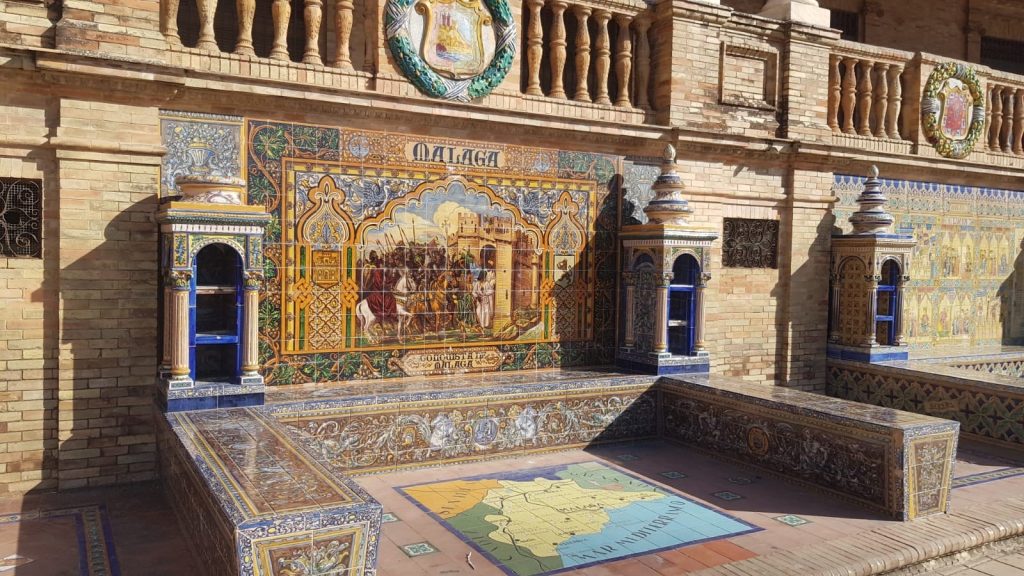 For an authentic Andalusian experience, a visit to the Museo del Baile Flamenco (www.museodelbaileflamenco.com) in the city’s Santa Cruz district is a must.
The museum, which was the initiative of local flamenco legend Cristina Hoyos, details the origins of flamenco dance and its growth from a misunderstood tradition to an international spectacle. Our helpful and enthusiastic guide regaled us with tales of famous flamenco dancers and their exploits. Following the tour, we enjoyed a live performance of flamenco dancing accompanied by lively traditional music.
Summertime in Seville can be sizzling hot meaning siestas are the order of the day!
Our visit to Seville took place at the end of October when the weather was still pleasant but not uncomfortably hot – an ideal time of year in which to explore this delightful city.
For more information on Seville, check out www.visitasevilla.es/en
GETTING THERE
Ryanair operate direct flights from Dublin to Seville. Both Aer Lingus and Ryanair operate regular direct flights to Malaga. If holidaying in Malaga or elsewhere on the Costa del Sol, then Seville is an ideal day trip destination.