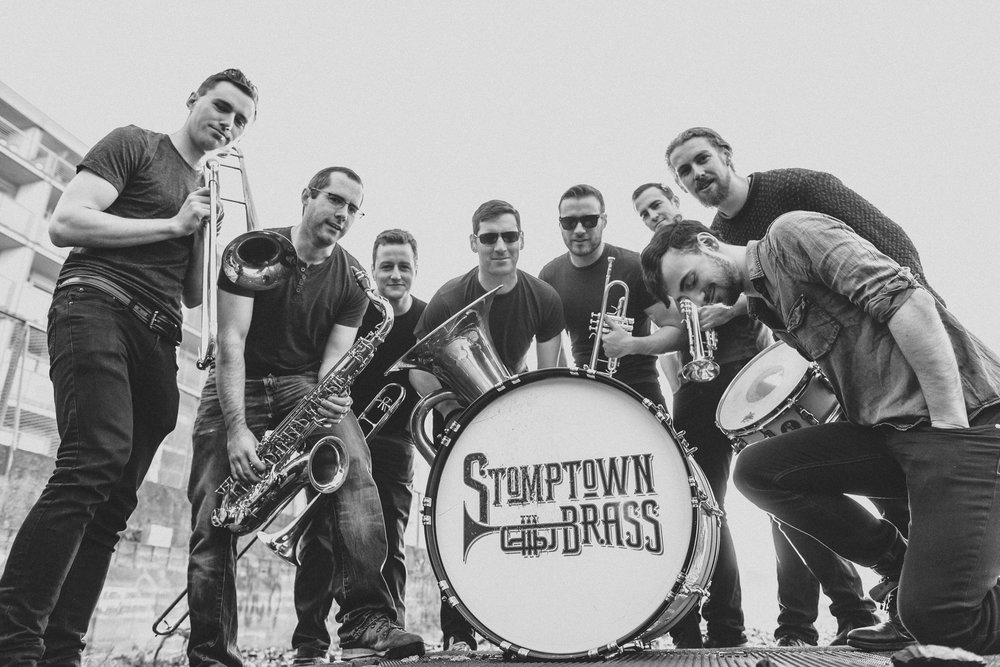 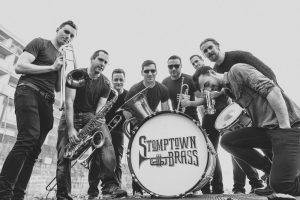 Having emerged as one of the most unique live acts in Ireland in recent times with an array of diverse projects to their name urban street funk band Stomptown Brass are back this autumn with a fresh sound, a tighter line-up, and are bringing the second line on a tour around Ireland. The eight piece release their latest floor filler ‘One Last Time’ September 23 ahead of a nationwide tour.
‘One Last Time’ not only captures the band’s infectious energy but brings a darker, more texture-driven groove. The single combines their second-line jazz roots with a more eclectic mix of styles and sounds, from more modern jazz forms to different electronic music genres.
Since their inception in 2015 Stomptown Brass have shocked, delighted, and entertained audiences across Ireland and abroad.
Through numerous festival appearances and themed shows, they have built and maintained their status as one of the country’s most unique and dynamic ensemble acts. Blending the sounds of funk and blues with a raucous cacophony of powerful driving rhythm, the impressive band line-up of two Drummers, two Trombones, two Trumpets, one Saxophone and a big dirty Tuba are known to put on a serious show.
Off the back of their debut EP “Locomotive” and their single “I Got a Plan”, the band have performed numerous times at Electric Picnic, Longitude, Kaleidoscope, Sea Sessions, Indiependence and Another Love Story, along with sell-out headline shows at Pepper Canister Church, The Chocolate Factory, The Sugar Club, Cyprus Avenue and Dolan’s among others.
Breaking new ground, the band sold out back-to-back shows at Dublin Fringe 2017, Norway Fringe 2018, Cork Jazz Festival 2018, Waterford Imagine Arts Festival 2018, and returned for two self-produced shows at Pepper Canister Church in Dublin.