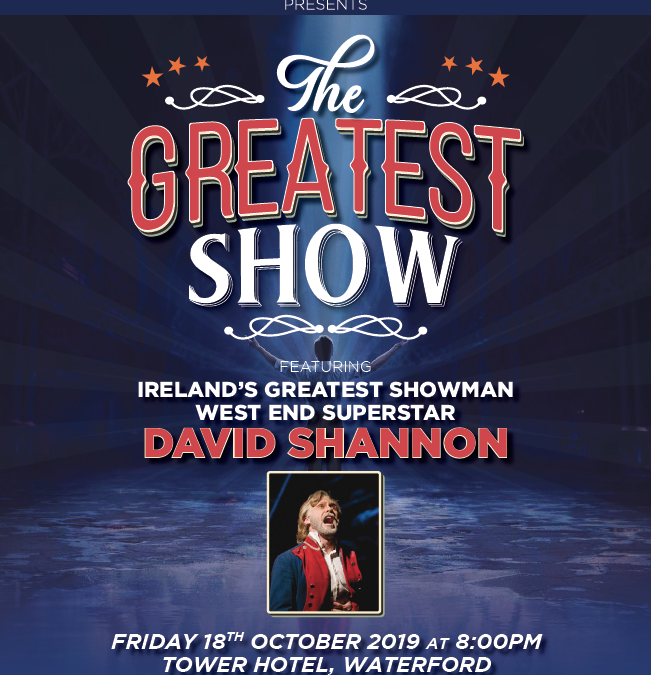 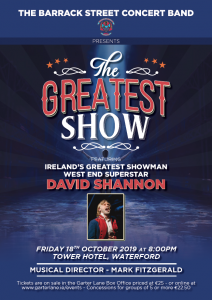 The highly anticipated annual concert from the Barrack Street Concert Band takes place on Friday next, October 18th at the Tower Hotel at 8pm. Anyone who attends the bands annual concert down through the years will know what a fantastic nights’ entertainment it is, and this year is no exception.
The Barrack Street Concert Band is one of Ireland’s premiere concert bands. It is also one of Waterford’s living treasures and has been entertaining the people of Waterford City and County since 1870 – a staggering 149 years!
Featuring the music of the greatest and most successful film, theatre and popular music composers of all time, ‘The Greatest Show’ is a night packed with box office sensations.
As its title suggests the concert will feature some of the amazing songs from ‘The Greatest Showman’, one of the most successive and popular musical films for many years.
So with ‘Circus Spectaculars’ along with tales of Phantoms, Ghostly Ghouls and Superheros, from composers such as Danny Elfman, Rogers and Hammerstein, Freddie Mercury and Andrew Lloyd Webber, this will be a night of magical entertainment for all the family.
To help breathe life into this wonderful music the band are thrilled to welcome back Ireland’s greatest theatrical export – David Shannon.
David is one of the most sought-after leading men in musical theatre having starred in such West End productions as Phantom of the Opera, Les Miserables, Sweeney Todd, Miss Saigon, The Beautiful Game, and most recently in the multi award winning Come From Away.
David has truly established himself as a global megastar having starred in hit productions from Scandinavia to Australia. Be prepared to be amazed as David sings hit songs from your favourite Musicals, Queen, James Bond and many, many more.