The joy of SprOg! 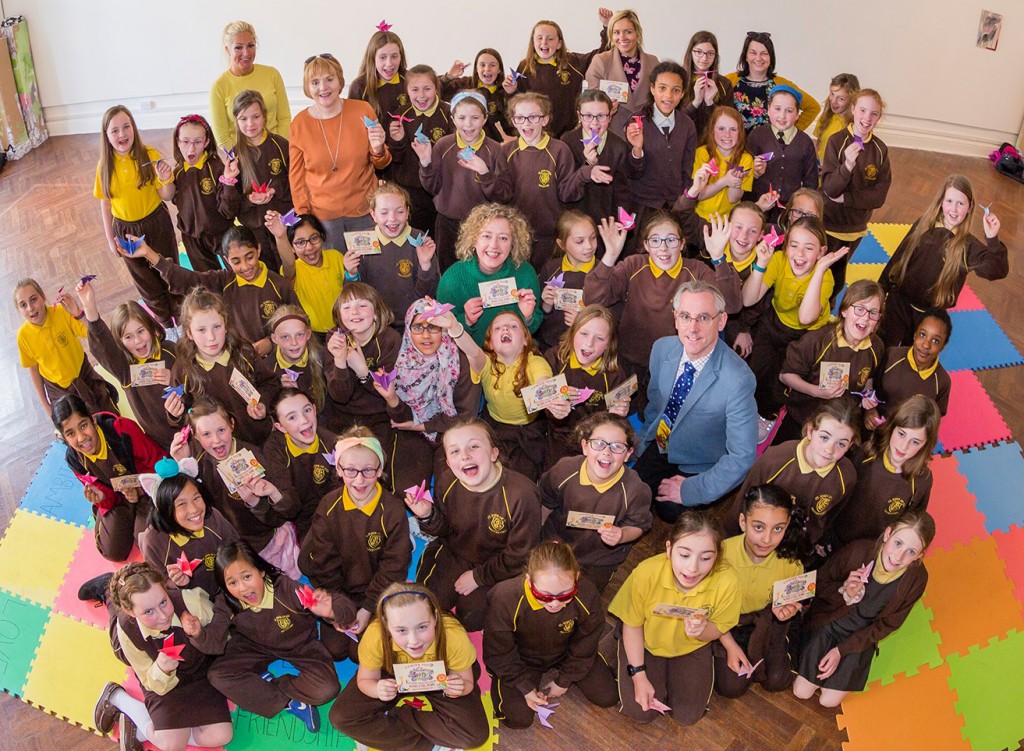 The Garter Lane Arts Centre team, who were joined by the pupils of St John of Gods Primary School for the launch of SprOg 2019 on Thursday last. See Encore 2 for more snaps. | Photos: Mick Wall

The hour-long event was a precursor to the launch of SprOg’s online brochure, which will be available from Wednesday, June 5th at garterlane.ie.Sandra Kelly, a recent Garter Lane recruit, told The Munster Express: “We’re working with John of Gods this year because they’ve been such great supporters throughout the year, a great support system for the Arts Centre and for me since I started work here a few months ago; they’ve attended so many of our events and we’ve loved having them here. So this year we’re rolling out SprOg just a little bit earlier than we have previously, and we thought it would be nice to invite our friends from John of Gods to come along to launch the programme and to celebrate the fact that we’ll have our brochure ready on June 5th both for download as well as here in the Arts Centre and out and about around town.”
Sandra explained: “We’re also keen to let kids and schools alike know that SprOg is on the way; because when school breaks in the next few weeks, a lot of families will be going off on their holidays so we’re giving people a chance to mark their calendar good and early in terms of planning for the summer ahead because SprOg is such a fantastic, fun event for children, completely dedicated to children and we hope the centre here will be, like it has been in previous years, a hive of activity. We’ve a host of events, workshops, shows and a whole lot more planned; it’s the perfect build-up to Spraoi, it takes place the week before the festival so we’re happily counting down the clock to SprOg!”
This year’s SprOg will carry a particular focus on the environment and climate change, “as a way of getting kids actively engaged and informed about these huge issues,” Sandra added.
“We’ll also have workshops that have specifically tailored for children with autism, so we’re attempting to reflect the welcome trends that have been established within mainstream education in recent years, in addition to the great work which long-running programmes like the Green Flag has had in schools right across the country. In terms of climate change, we had CALMAST in here for our first exhibition of the year and within three days, we had over 500 students in to see the exhibition so that alone speaks volumes for how active school children are when it comes to learning more about major issues such as climate change and the wider environment and we’re delighted to host them here. And when it comes to making this a space that is open to everyone, be it children with autism or dyspraxia for example, this is their space too and we hope they’ll enjoy the workshops and events we’ll be running here.”
Said Tatyana Feeney, who is a member of Illustrators Ireland: “Well this is a wonderful facility and it’s a pleasure to support such an enlightened and entertaining event. Anything that promotes awareness, education and inclusion in Ireland at present ought to be championed and when you can work with schoolchildren, particularly through art and education I feel, you’re helping to mould the next generation’s social consciousness.”