There are less than three weeks to go now to Daytripper (DT) 2019 on the June Bank Holiday weekend down by the Waterside. The Gasworks site will be hosting the strongest DT line-up up to date, with 3Arena level acts headlining on each day.And because it’s a city centre event, the Apple Market (just a short stroll up the road) will be hosting a number of official after parties each night at Project, Electric Avenue and Heerys.
FRIDAY, MAY 31st – RTE CONCERT ORCHESTRA WITH JENNY GREENE 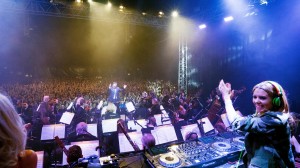 The RTE Concert Orchestra with Jenny Greene will headline Daytripper on Friday, May 31st.

Since 2016, they have sold 50,000 tickets in Dublin, 25,000 tickets in Cork, 14,000 tickets in Killarney and 6,000 tickets in Galway. Now for the first time in the South East the RTE Orchestra with Jenny Greene will show you the reason for the show’s amazing success. It’s ‘feelgood’ from start to finish with DJ sets from Jenny and J.J. Hartigan, before the full 48 piece Orchestra take their seats and accompany Jenny and singer Gemma on all the massive club classics of the 90s, including Robert Miles ‘Children’, Tiesto’s ‘Adagio’, Orbital’s ‘Belfast’, Candi Stanton’s ‘You Got The Love’ and of course Faithless’ ‘Insomnia’. New tracks have also been added for 2019, it’s simply a MUST see.

NIGHTRIPPER FRIDAY – There will be a classic clubbers’ After Party in Project with Get Down Edits celebrating their 17th Birthday with very special guests Fish Go Deep who have been packing out venues in Waterford for three decades. Bon Voyage and Arveene play a FREE gig in Electric Avenue with an Old Skool Party out on the Terrace. In Heerys it’s a Vibes Daytripper special with DJ Paul B. 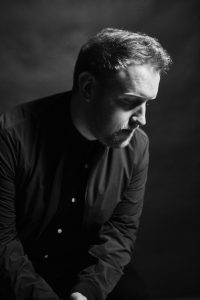 Gavin James returns to Daytripper after a six-year absence.

Six years after playing first on at the first Daytripper in 2013, Gavin James returns to headline the event as a global recording star and one of Ireland’s most successful live acts, having sold out the 14,000 capacity 3Arena and played to a full main stage crowd of 35,000 at Electric Picnic 2018. Gavin’s 2nd album ‘Only Ticket Home’ has built on the success of ‘Bitter Pill’ and the global appeal of songs like ‘Nervous’, ‘Tired’, ‘Always’ & ‘Glow’ means that his World Tour is playing to huge crowds on every continent. Special guests, Hudson Taylor, are sure to repeat the impact of their Electric Picnic main stage set in 2018 along with 2 hotly tipped Irish acts Brave Giant and Saarloos.

NIGHTRIPPER SATURDAY – Project hosts the Deise debut of Choons, from the same people that brought you Smash Hits. A big hit at the Summer Festivals, Choons play the biggest dance music bangers of the 90s & 00s in a fully live show. Fallen Lights (good friends of Gavin) play a midnight FREE gig at Electric Avenue with Gridlock on the Terrace, Good Times at Heerys features DJ Ray C. 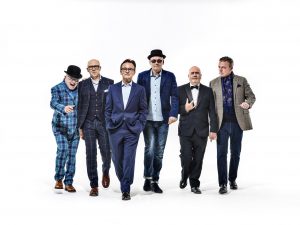 Madness ripped it up during their 2013 Daytripper gig. They return to Waterford on Sunday, June 2nd.

When Madness headlined the first Daytripper in 2013 (the best concert performance ever in the city), they were so blown away they promised to return one day. They have kept their word in the best possible way, including Waterford on their 40th Anniversary Tour this summer and on the June Bank Holiday Sunday too. Madness are even bigger in 2019, playing at large outdoor shows (40,000+) in the UK and headlining legendary festivals like Glastonbury.
The Frank & Walters are special guests, ‘After All’ it would be rude not to include these Waterford favourites. Just as they did in 2013, local legends Skazoo Allstars will be playing an hour of ska classics to warm everyone up.

NIGHTRIPPER SUNDAY – Mad Ferritt will be playing their traditional Daytripper weekend set of Oasis old skool classics live at midnight in Project. Skazoo Allstars travel up from DT main stage to Electric Avenue’s stage for a late set of ska, mod & reggae classics, with the Waterford Ska Club DJs out on the Terrace. Fade To Grey 80s club plays a Daytripper Special at Heerys from 11 til late.

Advance tickets for Daytripper are flying out now at www.daytripper.ie

or at 21 Off Licence, The Glen