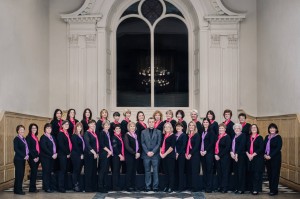 Voci is a female voice choir which was founded in 2005. The choir consistently contributes to the musical life of the city, giving recitals and sharing concerts with other local groups. Voci has had many competitive successes and in 2017 won the female choir category in the New Ross Choral Festival for the third time. Last year, the choir took second place in the Dr Arthur Colohan Adult Choir Competition at the Kilkenny Music Festival. Cellist Roger Sweeney Brown was born in New South Wales, Australia.
He moved to the UK as a child and grew up in Pembrokeshire, where he began learning the cello at the age of eight. He went on to study music at university in Bangor and Durham, and more recently at Liverpool Hope University. Roger’s performances include concerts with the Shrewsbury Symphony, West Midlands Festival and Birmingham Philharmonic Orchestras, principle cellist of the TLO Ludlow and member of the Cezanne Trio.
Roger, a founding member of www.suirstrings.ie, now lives in Tramore where he performs cello and writes for London exam boards.
The Voci Choir is in preparation for their trip to Rome in March, where they have been invited to sing at the St. Patrick’s Day Mass for the Irish community in Rome. Tickets for the ‘Winter Notes’ concert on January 26th are €10 (Concession: €8) and are available on the door.